President Joko “Jokowi” Widodo would later say he listened to rights activists – but what exactly happened?

The story starts late on Monday night, April 27. Migrant Care Executive Director Anis Hidayah was 800 kilometers away from the State Palace that day, in Jember, Central Java, when she received a call from a presidential staff member.

When she picked up the phone, Teten Masduki, a member of the Cabinet Secretary’s staff, was on the other line. He asked Anis to fly to Jakarta as soon as possible because Jokowi wanted to see her the next day at 12:30 pm.

“It was late. I didn’t know what to do. I looked for a train ticket to Surabaya,” Anis told Rappler. All she knew was she had to be at the State Palace by 11 am on Tuesday, April 28.

She was lucky. She got a train ticket for Surabaya, leaving at midnight on Monday. Upon arriving in Surabaya on Tuesday morning, she went straight to the airport.

In Jakarta, Anis said she didn’t even have time to shower before meeting the president as presidential staff, including Teten Masduki, Jaleswari Pramodhani, and Alex Lay, were already ready to see her.

When she arrived at the meeting, Anis saw that she wasn’t alone. Several other representatives of workers’ associations were already there. The meeting turned out to be about the upcoming Labor Day and the developments in Veloso’s case. 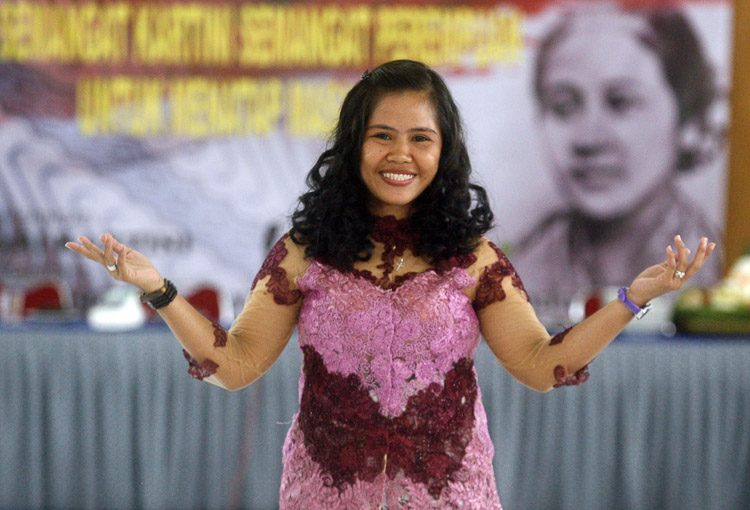 Anis nodded. She told the president about the findings and stories gathered by domestic and foreign workers organizations, including the recent developments in Veloso’s case. She told Jokowi about Maria Kristina Sergio, the alleged recruiter who surrendered to the Philippine police.

She also told Jokowi about Siti Zaenab, the Indonesian migrant worker who was beheaded in Saudi Arabia recently for murdering her employer. She said Zaenab had been badly abused by her employers. Anis worked to help save Zaenab’s life and accompanied her family for years.

“I cried when I told him that Zaenab ended up being executed. I turned silent, and so did he,” Anis said.

Then, she shot the golden question: “What if Mary Jane was also just a victim?”

Anis gave the president data gathered by several NGOs, such as National Commission for Violence Against Women, on migrant workers. “I didn’t make this up, sir. There have been similar cases (to Veloso’s) before,” she said.

Jokowi then did what he always does: responded by citing the number of drug victims in Indonesia. He questioned why these things about Veloso’s case only became public after he denied her clemency. He also said reiterated that the law must be respected.

“He was was quite emotional. Not angry, irritated maybe, because he already denied Mary Jane’s clemency appeal,” Anis recounts.

The discussion then changed its course. They shifted to the May Day events and what workers needed, especially migrant workers. By the end of the meeting, nothing was promised.

After the meeting, Anis heard that Jokowi was going to hold a special meeting regarding the executions of drug-related convicts, including Mary Jane’s case.

“There was a bit of hope, but I still felt uncertain. Up and down. The attorney general insisted that all executions must go on,” she said.

But in the end, her hopes and wishes were finally granted. Jokowi decided to postpone Mary Jane’s execution after Philippine President Benigno Aquino III asked him to give time to investigate her recruiter.

“I think it was everyone’s effort and suggestions, including the global push for Mary Jane’s case, that finally made Jokowi agree to postpone her execution,” she said. —Rappler.com