Australia calls for regional fight against drug trade after executions 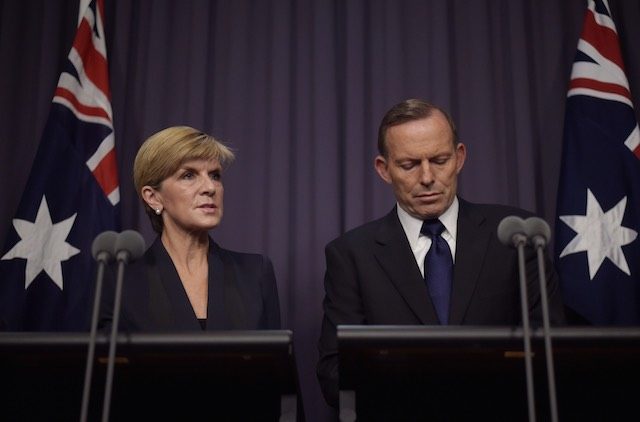 Canberra recalled its ambassador to Indonesia after two Australians, Myuran Sukumaran and Andrew Chan, were killed by a firing squad on Wednesday, April 29, along with 5 other foreign drug convicts and one Indonesian.

“I do not believe that the death penalty is a deterrent to the drug trade that proliferates in this region and I believe we need a regional response,” Bishop told reporters in Sydney.

The minister said Australia wanted to have discussions with Indonesia and other neighbors on the region’s efforts to deal with the “scourge of drug trafficking in and out of our countries”.

“Australia is a victim of the drug trafficking trade as well but I fail to see how executing two young men who, indeed, were an example of how to rehabilitate drug offenders can deter the drug trade,” Bishop said.

“There are other broader regional issues that need to be addressed.”

Indonesia staunchly defended the executions as a vital front of its “war” on drugs, with President Joko Widodo citing figures from the national anti-narcotics agency showing that more than 30 Indonesians die every day due to drugs.

Bishop’s comments came a day after Defence Minister Kevin Andrews said the way Indonesia handled the process – including the announcement of the executions on Anzac Day, Australia’s most important national event – “reeks of a calculated snub at Australia”.

“I think we face a situation in Indonesia where we have a president who’s in the weaker situation and sometimes people in weak situations take action which they think maybe exhibit strength,” Andrews told reporters in Canberra.

“If that has been the case here, then… this is a serious miscalculation on behalf of the president of Indonesia.”

While Indonesia’s Attorney-General Muhammad Prasetyo has played down Australia’s decision to recall Ambassador Paul Grigson, describing it as a “temporary reaction”, Bishop stressed that the move was unprecedented and there was “nothing normal” about her government’s actions.

Both Bishop and Andrews would not say what further action the Australian government was considering taking against Indonesia.

Brazil has expressed “deep regret” at the execution of its national Rodrigo Gularte, who was mentally ill according to his family, and said it was weighing its next move.

France has vowed a diplomatic battle to save citizen Serge Atlaoui who is still on death row.  – Rappler.com