Mentally ill Brazilian was ‘not aware’ of imminent execution 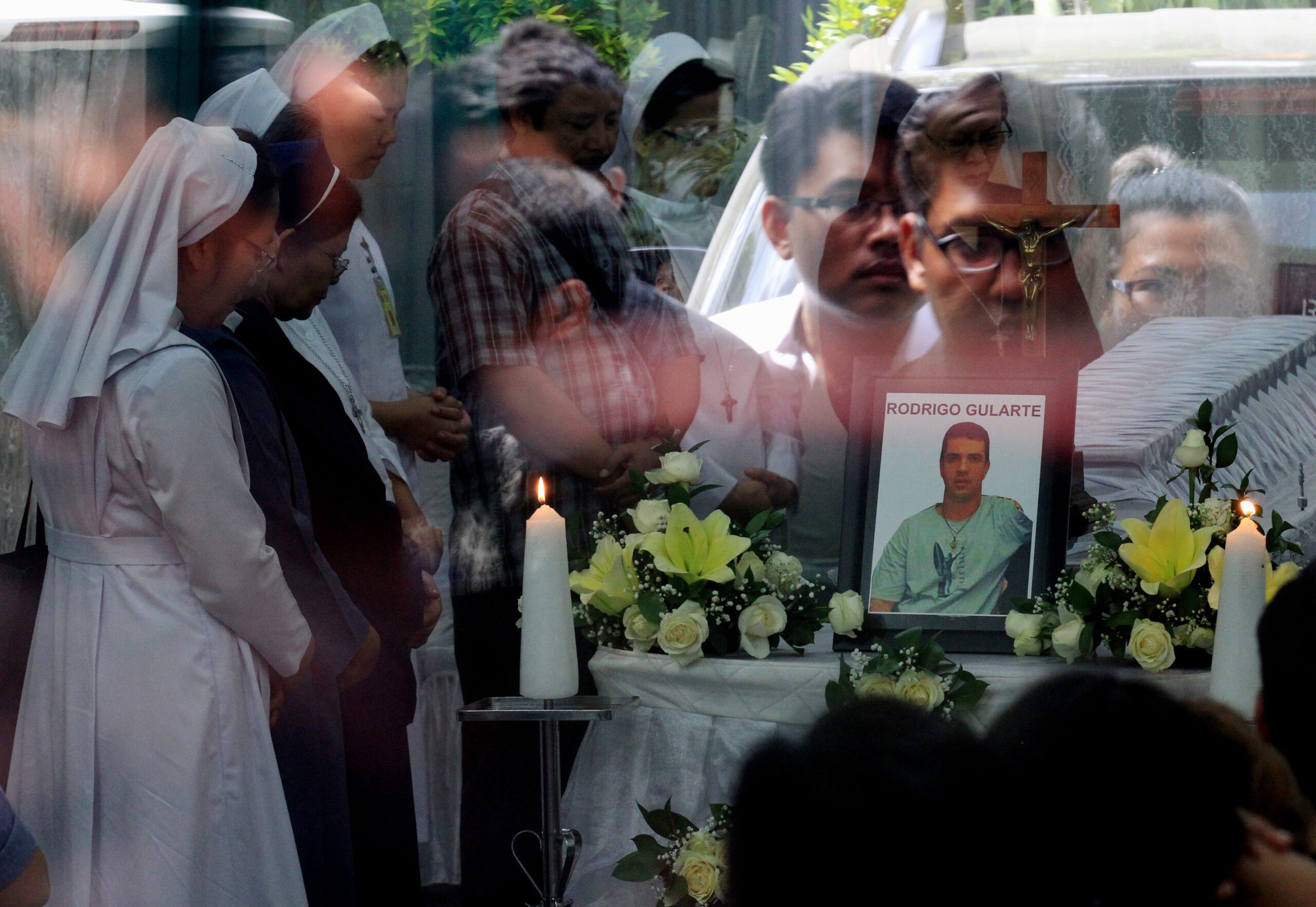 CILACAP, Indonesia — A mentally ill Brazilian executed in Indonesia this week was delusional and oblivious to his fate until the final moments before he faced a firing squad, his lawyer and priest said Thursday.

Convicted drug trafficker Rodrigo Gularte, 42, was executed along with six other foreigners on Wednesday despite his family’s pleas that he was a paranoid schizophrenic.

“He had a delusional mind,” Gularte’s lawyer Ricky Gunawan told AFP, saying the Brazilian failed to appreciate the reality when he was given 72 hours’ notice of his execution.

“I’m not sure whether he really 100 percent understood he would be executed,” he said, adding that Gularte was adamant that the water on their prison island was poisoned.

The lawyer said he tried to ask Gularte about his final requests, but the Brazilian responded with amusement.

“He was just laughing. ‘Is it just like Aladdin, when we ask for three wishes?'” Gunawan quoted Gularte as asking.

“When we tried to talk about the serious things… he kept avoiding, to other silly things. He was calm, as if nothing was happening.”

Gularte was arrested in 2004 while trying to enter Indonesia with six kilograms (13.2 pounds) of cocaine in his surfing gear.

Irish priest Father Charlie Burrows, who was Gularte’s counsellor in the final days, said the Brazilian was confused about what was happening as prison guards and police prepared him for death.

“I thought he’d got the message he was to be executed but… when the chains started to go on, he said to me, ‘Oh Father… am I being executed?'” Burrows told the Australian Broadcasting Corporation.

“He didn’t get angry, he was annoyed. The big thing was, ‘Oh, why is this happening, this is not right, I made a small mistake and why can’t they just leave me in jail on the island and I won’t give anybody any trouble’.

“I’d thought I’d explained to him what was going to happen. Obviously it didn’t get through.”

Brazil has expressed “deep regret” at Gularte’s execution and said it is weighing its next move, having stressed to Indonesia the fragility of his state of mind as grounds for clemency. (READ: Brazil president refuses Indonesia ambassador credentials)

Burrows said Gularte had been hearing voices in his head.

“Everybody was being prepared for days before and everybody knew there was going to be an execution,” the priest said.

“But because he hears these voices and he reckons because the voices told him, ‘No, everything is going to be grand’, he believes the voices more than he does anybody else.” —Rappler.com