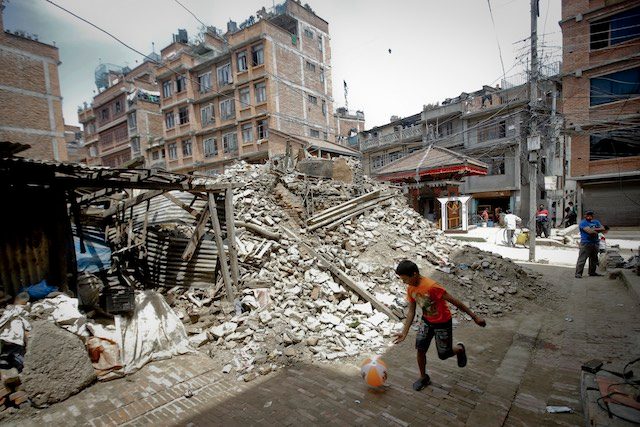 Facebook Twitter Copy URL
Copied
The conditions that have long raised alarm bells for Nepal are mirrored across the South Asian region, regularly hit by quakes that have left tens of thousands dead and homeless in the last two decades

NEW DELHI, India – Nepal’s earthquake should act as a wake-up call to neighboring countries which have failed to learn lessons from their own disasters and where shoddy construction and rapid urbanization could lead to death on an even greater scale next time round, experts say.

Given its location on a seismic fault line, another major earthquake had long been feared in the Himalayan nation following a disaster in 1934 that flattened much of the capital Kathmandu.

Experts and engineers had been racing against time to try to better prepare the landlocked country, which like many of its neighbors is plagued by poverty, urban overcrowding and corruption, for the big one.

But the conditions that have long raised alarm bells for Nepal are mirrored across the South Asian region, regularly hit by quakes that have left tens of thousands dead and homeless in the last two decades.

“The quake could have happened anywhere in this region,” said Hari Kumar, regional coordinator for South Asia at GeoHazards International.

“This (the Nepal disaster) is an opportunity for the rest of Asia to turn things around. We can’t go on building death traps,” Kumar, whose organization works to reduce quake risks, told Agence France-Presse.

As buildings crumbled in Nepal around midday on April 25, the quake was felt more than 1,000 km (620 miles) away in New Delhi, where residents fled onto the streets, and Bangladesh, where walls of busy factories cracked.

The region regularly suffers quakes as the Indian subcontinent gets pushed below the Eurasian tectonic plate.

Among the worst of the recent disasters was a 7.7 quake which killed around 25,000 people in the western Indian state of Gujarat in January 2001 while 75,000 died in a quake centered on Pakistan in October 2005.

Experts warned the region’s governments against turning a blind eye to the devastation in Nepal, imploring them to work harder to reduce their own vulnerability.

In impoverished Bangladesh, engineer Mehedy Hasan Ansary predicted a catastrophe in the capital Dhaka where millions are crammed into apartments, whose owners have skimped on building materials.

“More than 100,000 buildings in Dhaka are risky and could collapse,” Ansary, from the Bangladesh University of Engineering and Technology, told Agence France-Presse.

A study by Bangladesh’s government in 2009 concluded that 250,000 buildings nationwide would implode if a major earthquake hit, with many built on landfill and other soft soil that shifts during tremors. 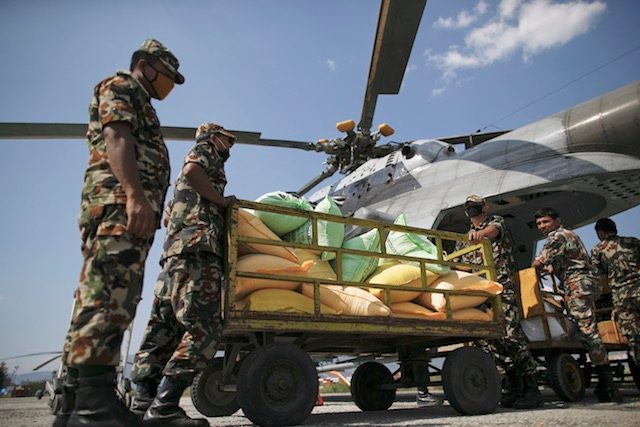 “Many are also made by masons who did not use any steel rods or reinforced concrete in constructing buildings,” Abdul Qayyum, head of the government’s disaster management program, told Agence France-Presse.

Nepal, which also suffers from poor building standards, had been working before the quake to reduce its risks, including taking steps to retrofit schools, despite a lack of resources, Kumar said.

“In 2003 they brought in new building codes. There were many things that they did right and this possibly saved many lives.”

GeoHazards has also been working with Bhutan, east of Nepal, to better protect its hospitals and schools, including training staff and running safety drills, following a minor quake there in 2009.

The need to better protect schools was highlighted in Sichuan in China in 2008 when more than 5,000 children and teachers were crushed to death after classrooms collapsed during a massive quake.

Elsewhere across the region, frustrated experts said governments have failed to learn lessons of the past.

The UN and other relief agencies have stressed the need for greater disaster preparedness in Afghanistan, susceptible to not only quakes but floods, avalanches and landslides.

Large swathe of Afghans living in flimsy mud-brick houses in impoverished villages are usually the worst affected. But aid agencies say disaster planning has been a low priority in a nation plagued by conflict.

In Pakistan, the boundary between the two tectonic plates cuts through almost the entire length of the country, making it prone to quakes including the monster one in 2005, centered in Pakistan-administered Kashmir.

Pakistan created a disaster management authority in 2006 to help cope with future tragedies, but the explosive growth of urban areas means the country is still at high risk of quake damage, with many buildings poorly constructed.

“The situation is very alarming and God forbid if there was another big earthquake, the damage would be twice as bad as last time,” Zahid Amin Kashif, the former administrative head of Muzzafarabad, the main town of Pakistan-administered Kashmir, told Agence France-Presse.

Across the border in Indian Kashmir, where several thousand people were killed in 2005, university professor Shakil Ramshoo said a disaster management plan does not exist.