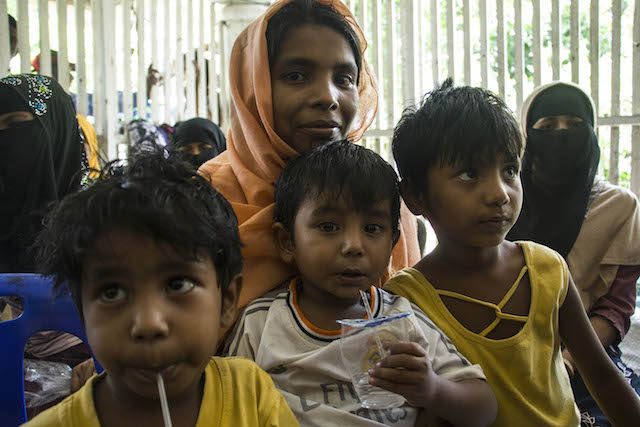 JAKARTA, Indonesia — A boat carrying hundreds of migrants from Myanmar and Bangladesh has been towed out of Indonesian waters, a navy spokesman said Tuesday, but it remains unclear where the vessel is destined next.

The vessel arrived off Aceh early Monday with about 400 migrants on board, local authorities estimated, one of a series of vessels to arrive in Indonesia and Malaysia in recent days carrying people from Myanmar and Bangladesh.

But the Indonesian navy confirmed Tuesday it had provided the boat with fuel and towed it out of Indonesian waters, declining to say if it was heading to Malaysia, its suspected destination.

“It was towed out of Indonesian territory,” Manahan Simorangkir told AFP.

“We gave them fuel and asked them to proceed. We are not forcing them to go to Malaysia nor Australia. That is not our business. Our business is they don’t enter Indonesia because Indonesia is not the destination.”

Another boat carrying an estimated 600 migrants from Myanmar and Bangladesh arrived in the north of Aceh, the westernmost province of Indonesia, at the weekend.

Many of those aboard are ethnic Rohingya, considered by the UN to be one of the world’s most persecuted minorities.

Buddhist-majority Myanmar views its population of roughly 1.3 million Rohingya as illegal Bangladeshi immigrants, and they have been targeted in outbreaks of sectarian violence there in recent years, prompting many to flee.—Rappler.com