Rescued Rohingya in Aceh: ‘We do not have a home’ 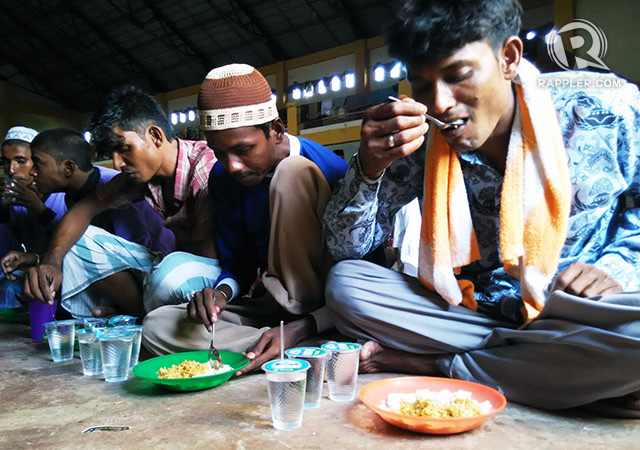 LHOKSUKON, Indonesia – They were told the travel to Malaysia would only take 4 days. But by the time the group of almost 600 migrants from Myanmar and Bangladesh, including women and children, were rescued on Sunday, May 10, in the waters off of northern Aceh, they said they had already been at sea for almost two months.

At a sports hall in Lhoksukon, the capital of North Aceh district, they are now all gathered, waiting to be processed by the International Organization of Migration (IOM). Officials say many are in poor health.

Where there usually is a badminton court, a kitchen has been set up. Here, local Aceh officials make breakfast out of rice and instant noodles. For dinner, eggs are added to the menu. 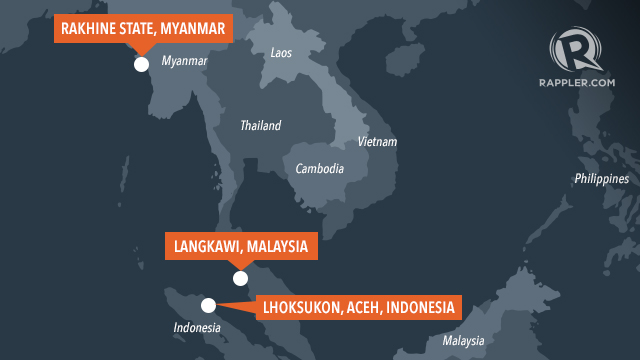 This was not what 27-year-old Dus Mamath imagined when he left his young wife, 23-year-old Jamie, and 3 children in the conflict-ridden and impoverished Rakhine state of Myanmar, bordering Bangladesh.

They are part of the persecuted Muslim Rohingya people – labelled by the United Nations as one of the world’s most persecuted minorities – which the Buddhist-majority country views as illegal Bangladeshi immigrants.

“We do not have a home (in Myanmar) because it’s not allowed by the government,” he told Rappler in broken English. “My wife and children now just live in the refugee camp.”

There are about 140,000 Rohingya people in the internally displaced camp in Sittwe, Rakhine, according to Human Rights Watch, and there are hundreds of thousands more elsewhere. The United Nations Special Rapporteur on the human rights situation in Myanmar, Yanghee Lee, has called the situation in these camps “abysmal”.

“I received heart-breaking testimonies from Rohingya people telling me they had only two options: stay and die or leave by boat,” she said in March.

Dus recounted that Myanmar security forces would often come to the camps to terrorize them, beating up even those who had no faults. “My neighbor was shot,” he said.

When Dus and his two friends, Muhammad Toyyub, 32, and Muhammad Husen, 35, decided to go to Malaysia, they were hoping to change their fortunes, even if only by finding work as laborers.

At the end of March, they found a way to pay the $1,000 required by people who presented themselves as work agents from Thailand and Malaysia. They believed, like thousands of others, that it was their ticket to a better life. According to UN estimates, around 25,000 people from Myanmar and Bangladesh have taken to boats headed to Malaysia in the first three months of this year alone. 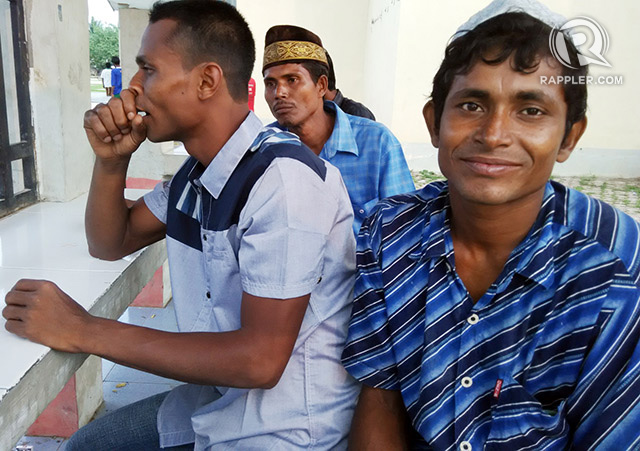 “We wanted to go to Malaysia to take a chance, because there is no work for us in Myanmar. We cannot work because we are not recognized as citizens of Myanmar,” Dus said.

For two weeks, they traveled by land to where they were to board the boat that would take them to the promised land. But it only got worse from there.

There were 600 of them, Rohingya and Bangladeshi, huddled inside the boat, legs bent close to their chests. There was no room to move, to stretch or lay down.

“We couldn’t sleep on the ship. If someone tried to lie down or stretch out, he would be kicked and beaten. The crew even threatened to shoot us,” Dus said. “I was beaten and kicked several times by the captain of the ship.”

Most days, they were just given a glass of water. Once every three days, they would be given a small amount of food.

“Six people in our boat died of sickness and starvation. Their bodies were thrown into the sea,” he said, echoing tales told by others who have survived the perilous trip before. (READ: Myanmar’s Rohingya face hunger, death on brutal sea exodus)

Then one day, the captain told them they were almost in Malaysia. But he said he had to go briefly to his home in Singapore. A speedboat arrived and picked up the captain and crew, leaving everyone else behind.

“We couldn’t do anything. They threatened to shoot us. We were all just crying because nobody knew how to operate the boat,” he said. 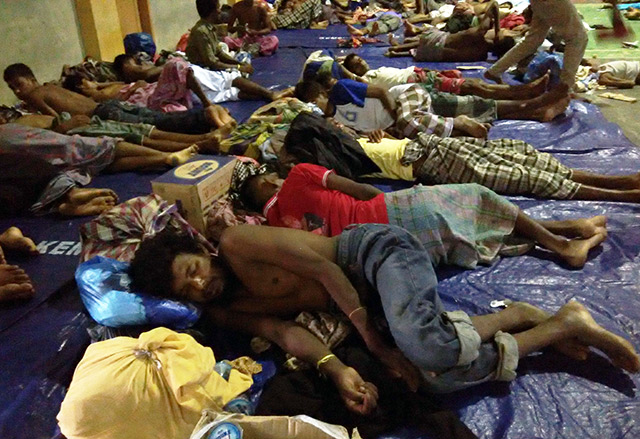 For 4 days, they floated in the middle of the sea, not knowing what would happen to them, until Indonesian fishermen saw them on Sunday morning.

In some ways, Dus and the rest on their boat can still be considered lucky. They were rescued and taken in, given food and shelter. On Tuesday afternoon, Aceh officials said they would be moved to a bigger place.

But thousands of others like them – who left Myanmar and Bangladesh dreaming of work to provide better lives for their families too – are feared to still be in need of rescue. The Arakan Project, a group advocating for the rights of Rohingya, has said as many as 8,000 people may be adrift at sea, and IOM said search and rescue operations were urgently needed.

And Indonesia may no longer take any more refugees. On Monday, another boat with about 400 migrants from Myanmar and Bangladesh on board was towed out of Indonesian waters by the Indonesian Navy after being given fuel.

“We are not forcing them to go to Malaysia nor Australia. That is not our business. Our business is they don’t enter Indonesia because Indonesia is not the destination,” Indonesian Navy spokesman Manahan Simorangkir said. – with reports from Agence France-Presse/Rappler.com