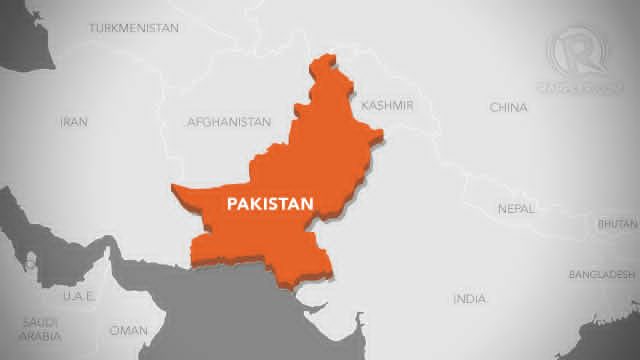 Facebook Twitter Copy URL
Copied
Pakistan is seeing a rising tide of sectarian violence in recent years, particularly against Shiites who make up around 20% of the country's predominantly Muslim population

KARACHI, Pakistan – At least 43 Shiite Muslims were killed and 13 wounded when gunmen opened fire on their bus in Karachi Wednesday, May 13, Pakistani police said, in the second deadliest attack on the minority sect this year.

Pakistan has seen a rising tide of sectarian violence in recent years, particularly against Shiites who make up around 20% of the country’s predominantly Muslim population of 200 million.

“According to the initial information which we have received from hospitals, 43 people have been killed and 13 wounded,” Ghulam Haider Jamali, police chief of Sindh province told reporters at the site.

“Six terrorists came on three motorcycles, they entered the bus and began firing indiscriminately. They used 9mm pistols and all those killed and injured were hit by the 9mm pistols,” he said.

A senior member of the Ismaili National Council, a community group that represents the Ismaili branch of Shiites in Pakistan, placed the toll at at least 41.

Television images from the scene showed a large pink bus that had been stained by blood in some parts, while anxious relatives rushed to visit the wounded in nearby hospitals.

It was the worst anti-Shiite attack since January 30, when a suicide bomber blew himself up in a mosque in the southern Shikarpur district, killing 61.

Anti-Shiite attacks have been increasing in recent years in Karachi and also in the southwestern city of Quetta, the northwestern area of Parachinar and the far northeastern town of Gilgit.

Around 1,000 Shiites have been killed in the past two years in Pakistan, with many of the attacks claimed by the hardline Sunni group Lashkar-e-Jhangvi (LeJ) who view them as heretics.

The attack comes as Pakistan steps up its efforts against militants following a Taliban massacre of 150 people, mainly children, in a school in Peshawar last year.

In the aftermath the government ended a six-year moratorium on executions, passed legislation to create military courts for terrorism cases, and pledged to crack down on all militant groups.

Karachi, a sprawling city of roughly 20 million, has long had a reputation for high crime rates as well as ethnic, political and sectarian violence.

But the violence has significantly fallen since 2013 after police and paramilitary rangers launched a crackdown that rights activists say has led to extra-judicial killings of suspected criminals and militants. – Rappler.com