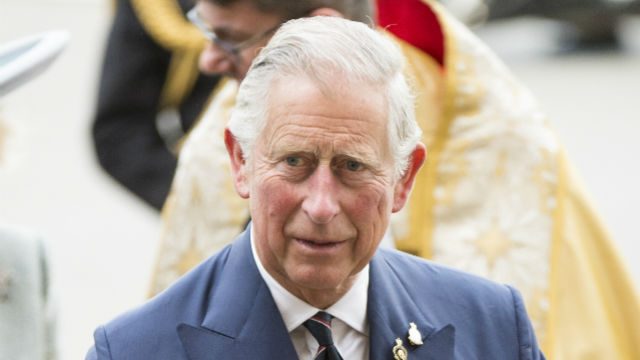 LONDON, United Kingdom – Letters by British heir to the throne Prince Charles dubbed the “black spider” memos were released on Wednesday, May 13, following a 10-year press freedom battle amid concerns over royal neutrality.

The 27 letters between Charles and government figures illustrated his views on topics ranging from dairy farming and the culling of badgers, to inadequate army equipment and the welfare of the “Patagonian Toothfish.”

Charles, 66, has been nicknamed the “meddlesome prince” due to his outspokenness on topics dear to him, and the letters were at the center of concerns that he could continue to lobby once king, shunning the convention of a politically neutral royal family.

Nicknamed for his spindly handwriting, the 2004-2005 letters were released after a battle between The Guardian newspaper and the reluctant government ultimately hailed as a press victory.

In one letter, Charles expressed concern to then-prime minister Tony Blair that British troops in Iraq were operating “without the necessary resources”.

But much of the memos’ contents are so mundane that they almost appear a “spoof”, according to commentator Simon Jenkins.

“The running message of the black spider letters is not potency but a plaintive sigh of woe at a world going to the dogs,” Jenkins wrote in The Guardian.

“The one topic on which he is said to exert unfair influence is over modern architecture” – a reference to his outspoken objections to a series of public building projects.

But Paul Flynn, an MP for the opposition Labour party, said that Charles should not be “the most influential lobbyist in the land”.

“He’s putting at risk the future of the royal family by making politically partial statements,” Flynn said, adding that his statements on acupuncture were “bad science”.

“He’s incapable of doing the job if he’s politically partial. His views vary from the progressive to the eccentric to the barmy.”

In one 2004 letter to then-environment minister Elliot Morley, Charles wrote “I particularly hope that the illegal fishing of the Patagonian Toothfish will be high on your list of priorities”.

“Until that trade is stopped, there is little hope for the poor old albatross, for which I shall continue to campaign.”

The name for the cod species, also called Chilean Seabass, began trending on Twitter and came to stand for the humdrum nature of much of the letters.

Charles also expressed concerns about the effect of large supermarkets on British farmers, urged the preservation of historic buildings, and expressed support for a cull of badgers to protect cattle.

The prince’s Clarence House office immediately released a statement criticizing the release, which was approved by the Supreme Court in March.

“The publication of private letters can only inhibit his ability to express the concerns and suggestions which have been put to him in the course of his travels and meetings,” said the statement.

The government, which had vetoed the release of the letters before it was struck down by the courts, indicated it could seek to alter the Freedom of Information Act that allowed their release.

A spokesman for Prime Minister David Cameron said the ruling had “generated some uncertainty” about the use of the act, and that the new government would examine how to boost its veto power.

The Prince of Wales, the eldest son of reigning monarch Queen Elizabeth II, has spent a lifetime in preparation for the throne, but his readiness has come into question after a biography last year ignited debate over his outspoken views.

Royal commentator Andrew Morton said the letters “don’t tell us much more than we know already”.

“The prince is a farmer who is knowledgeable and opinionated about farming issues, concerned about the environment and the preservation of crumbling historic buildings,” said Morton, author of a biography on Princess Diana and a recent book on Edward VIII – Charles’s great uncle.

“It is a royal beef about milk quotas, a storm in a tea cup,” added Morton. “His letters are like the man, very polite, concerned and well-informed.” – Rappler.com