BUJUMBURA, Burundi (UPDATED) – Protesters in Burundi clashed again with police Tuesday, June 2, just 3 days ahead of parliamentary elections after a month of demonstrations against President Pierre Nkurunziza’s bid for a controversial third term.

Police fired live rounds and tear gas to break up groups of demonstrators trying to gather in the three hotspot neighborhoods of Cibitoke, Musaga and Nyakabiga in the capital Bujumbura.

As protesters took to the streets for the 38th day, the US weighed in to call on Nkurunziza to delay the presidential poll, warning that it “seriously undermines Burundi’s stability.”

“The conditions for free, fair, transparent and credible elections do not currently exist,” a statement released by the US embassy in Bujumbura said.

Although the government said it would push ahead with the polls, opposition groups insisted the momentum was with them.

“Five months ago, no one could have imagined a movement of this magnitude in Burundi,” said protest leader Pacifique Nininahazwe.

“The main objective of non-violent resistance is to wear out the authorities, to make them understand that this situation is unsustainable if they don’t listen,” he added, calling for “even more acts of civil disobedience.” 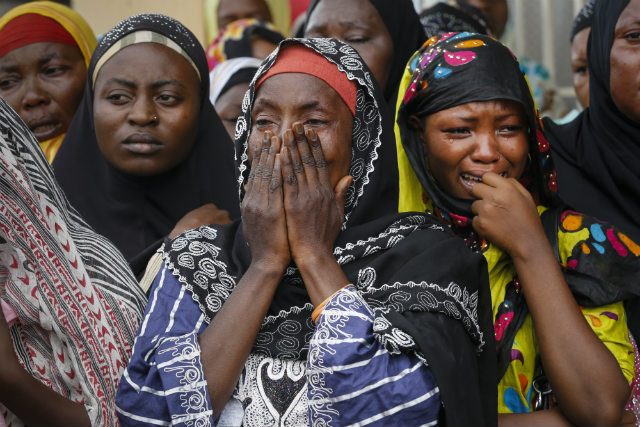 “We cannot stop now. If we keep going, Nkurunziza will be in pieces in a month and a half from now.”

Nkurunziza hopes to win a third term in elections due on June 26, but opponents say his candidacy is unconstitutional and goes against the 2006 Arusha peace deal that ended 13 years of civil war.

After meeting for a Burundi crisis summit at the weekend, regional heads of state added their voices to those calling for a delay, suggesting that the poll be postponed until mid-July.

Burundi’s electoral commission is considering whether to hold the vote on schedule.

More than 30 people have died in the protests that began when Nkurunziza announced in late April that he would stand for re-election after Burundi’s constitutional court gave him the green light.

Nkurunziza survived a coup attempt last month and has since ignored international pressure, including aid cuts, aimed at forcing him to withdraw, or at least delay the vote.

Nkurunziza, a former rebel leader from the Hutu majority and a born-again Christian, insists he has every right to stand again because he was elected to his first term by parliament, not directly by the people.

But the president faced more international criticism on Tuesday, with a statement from the US embassy in Bujumbura urging him “to reconsider his bid to retain power at the expense of the Arusha Agreement and Burundi’s hard-earned stability after a tragic civil war.”

The US added its voice to those calling for elections to be postponed.

“The conditions for free, fair, transparent and credible elections do not currently exist due to the closure of political space, the shutting down of independent media, the government’s violent response to political protests, and continuing reports of violence and intimidation by an armed youth militia of the ruling party,” the statement said.

Plans by the government to push ahead with the polls have been hit by a string of setbacks, with the influential Catholic Church withdrawing its support and key international donors also suspending crucial aid.

On Monday, relatives said that a second member of the five-person electoral board had gone into hiding, following threats from the Burundian intelligence service.

The election panel has now been left with just 3 sitting members, effectively stripping it of its ability to take decisions, which normally require the agreement of four members. – Esdras Ndikumanar, Agence France-Presse / Rappler.com