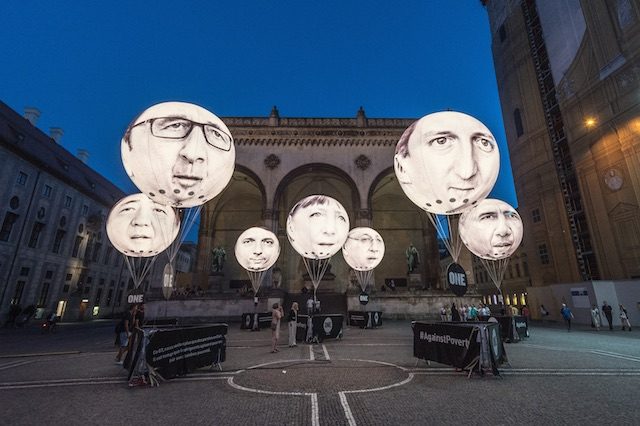 Facebook Twitter Copy URL
Copied
A day ahead of the G7 summit of world leaders, French Foreign Minister Laurent Fabius says the leaders should commit to decarbonization, and a dramatic decrease in greenhouse gases

PARIS, France – French Foreign Minister Laurent Fabius on Saturday, June 6, called for global action against climate change and greater investment in renewable energy, a day ahead of the G7 summit of world leaders.

With a major climate conference coming up in Paris in December and climate change high on his agenda, Fabius said in an interview he wanted G7 leaders to commit to decarbonization, and a dramatic decrease in greenhouse gases.

“We want to adopt a target for global reduction of 40 to 70% of greenhouse gases between 2010 and 2050,” Fabius told the French daily Le Monde, citing IPCC (Intergovernmental Panel on Climate Change) recommendations.

Fabius said that G7 countries, some of the richest in the world, needed to commit to financing climate change initiatives and fulfilling their financial promises.

“For many countries, financing is a condition, a key point, for an agreement in Paris. So it’s crucial that the countries of G7 respect financing needs, and if necessary, give money,” he said.

At climate change discussions in Copenhagen in 2009, rich countries promised 100 billion dollars a year by 2020 in public and private financing to aid developing nations.

The French foreign minister called for wealthy nations to keep their promises and back words with actions.

“The receiving countries need to tell themselves that these are not empty promises, but money that will help transform their economies.

“Many countries are waiting for G7 to take action against climate change,” he said.

One important area of investment, according to Fabius, was Africa’s renewable energy.

He said G7 countries needed to launch “a big investment plan in renewable energy for Africa”.

Fabius also called for a generalization of an alert system for vulnerable countries, adding that countries and donors interested in the alert system initiative would meet at the end of June.

A new treaty aimed at curbing global warming – if it is signed at the UN summit in Paris – is expected to take effect in 2020.

“Many leaders ask, what will we do between 2015 and 2020? These two initiatives can help reinforce the negotiations of the entire climate conference.” – Rappler.com