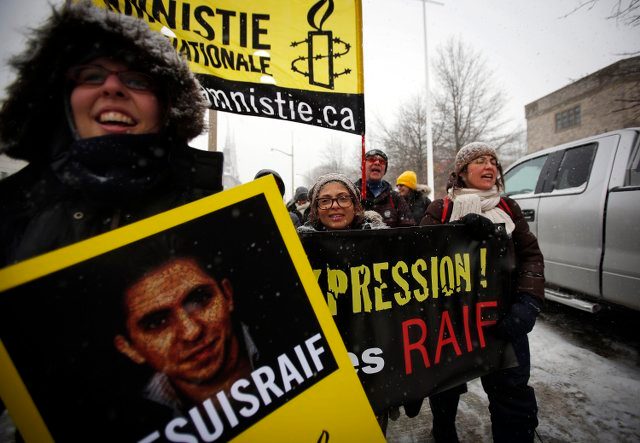 DUBAI, United Arab Emirates – Saudi Arabia’s supreme court has upheld a sentence of 10 years in jail and 1,000 lashes against blogger Raif Badawi on charges of insulting Islam, his wife said on Sunday, June 7.

The judgement came despite worldwide outrage over his case and criticism from the United Nations, United States, the European Union, Canada and others.

“This is a final decision that is irrevocable,” Ensaf Haidar told Agence France-Presse in a telephone interview from Canada. “This decision has shocked me.”

Badawi received the first 50 of the 1,000 lashes he was sentenced to outside a mosque in the Red Sea city of Jeddah on January 9. Subsequent rounds of punishment were postponed on medical grounds.

His wife expressed fear that the implementation of the flogging sentence “might resume next week.”

“I was optimistic that the advent of (the Muslim fasting month of) Ramadan and the arrival of a new king would bring a pardon for the prisoners of conscience, including my husband,” she said.

He was arrested in June 2012 under cybercrime provisions, and a judge ordered the website shut after it criticized Saudi Arabia’s notorious religious police. – Rappler.com