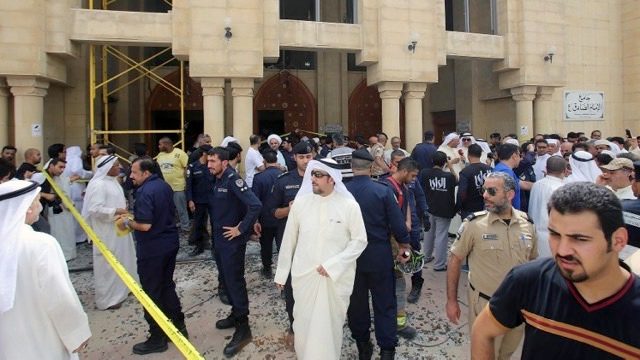 Al-Azhar, a leading Sunni Muslim institution based in Egypt, said the “heinous” shooting at a Tunisian coastal resort which killed 28 people, mostly Europeans, was a “violation of all religious and humanitarian norms”.

In a statement, it also condemned a suicide bombing at a Kuwaiti Shiite mosque that killed at least 25 worshippers in an attack claimed by the Islamic State group.

Al-Azhar, one of the oldest centres of Sunni Muslim learning, also denounced a suspected Islamist attack in France in which a man was beheaded.

“Al-Azhar calls on the international community to defeat this terrorist group though all available means,” it said in a statement referring to IS.

The jihadist group, which controls parts of Syria and Iraq and commands affiliates in several other countries, had called for attacks during the Muslim holy month of Ramadan which began more than a week ago.

A task force against extremism set up by Egypt’s mufti, the government’s interpreter of Islamic law, also denounced the attacks.

“What the (Islamic State) has done to malign the image of Islam is far more than what anyone else has done, whether Muslim or non-Muslim,” it said in a statement.

Prominent Sunni cleric Youssef al-Qaradawi suggested that the militants were worse than “beasts”.

“Beasts don’t kill other animals except for what they need to eat, but some people never get their fill from murder and blood,” he wrote on Twitter. – Rappler.com