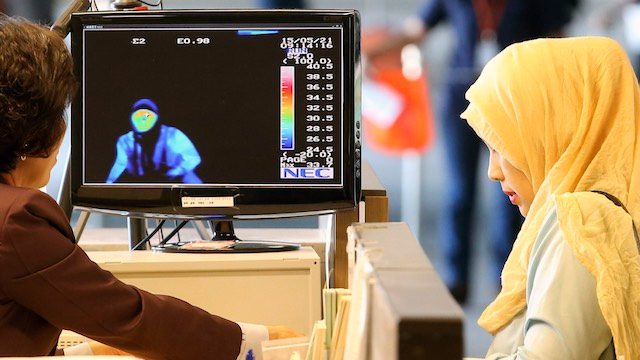 SEOUL, South Korea – South Korea reported no new cases of MERS or deaths from the virus for the first time in 9 days Monday, June 29 but officials warned there was no indication yet that the outbreak had been brought under control.

The number of those infected with Middle East Respiratory Syndrome remained unchanged for two days in a row at 182, the health ministry said.

The death toll also remained unchanged from 32 on Sunday, June 28. It is the first time that the country has reported no additional infections as well as no new deaths since June 20.

Then, officials voiced hope that they were winning the battle against the outbreak – only to see the number of fatalities and infections rise again, sparking public criticism that their optimism was premature.

The number of new patients has generally been in decline since mid-June, when it often jumped by double digits – with many of the new infections stemming from Samsung Medical Center in Seoul, at the epicenter of the outbreak.

But officials remained cautious Monday as they monitored developments at another hospital in eastern Seoul, where a MERS patient potentially came into contact with thousands of people before being diagnosed on June 22 and dying two days later.

“This week falls within the incubation period involving that case, so we are keeping a close eye on the situation and will do our best to prevent further spread of the virus,” Kwon Duk-Cheol, a senior health ministry official, told reporters.

A total of 2,682 people are currently under quarantine either in state facilities or at home.

Fourteen patients are in critical condition, the ministry said, adding a total of 93 people have recovered and been released from hospital, including two on Sunday.

The outbreak began on May 20 when a 68-year-old man was diagnosed after returning from a trip from Saudi Arabia.

Since then the potentially deadly virus has spread at an unusually rapid pace, becoming the largest outbreak outside Saudi Arabia and sparking public alarm at home and elsewhere in Asia.

There is no vaccine for the disease, which has a mortality rate of about 36%, according to World Health Organization.

The fatality rate in South Korea is about 17%.

The outbreak has dealt a severe blow to the Asia’s fourth-largest economy, with the government facing a storm of criticism for slow and insufficient response in the initial stages. – Rappler.com