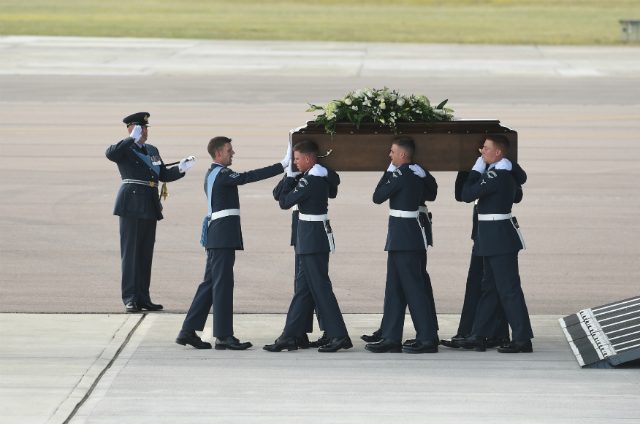 Facebook Twitter Copy URL
Copied
Of the remaining victims, 3 are from Ireland, two from Germany and one each from Belgium, Portugal and Russia

TUNIS, Tunisia – All 38 victims of the Tunisian beach resort massacre have been formally identified, among them 30 Britons, the health ministry said Wednesday, July 1.

“All the bodies have been identified. Among them are 30 Britons,” said the ministry’s director of emergency services, Naoufel Somrani.

Of the remaining victims, 3 were from Ireland, two from Germany and one each from Belgium, Portugal and Russia.

Britain was flying home Wednesday the bodies of 8 nationals, with more repatriations expected in the coming days.

Friday’s death toll was the worst loss of life for Britain in a jihadist attack since the July 2005 bombings in London.

Prime Minister David Cameron has promised to back a full investigation, calling for “a response at home and abroad” to violent Islamic fundamentalism. (READ: Tunisia gunman smiled as he shot tourists – witnesses)

The 25 British tourists who were wounded have already been flown home, while 4,000 terrified holidaymakers were repatriated at the weekend. Another 1,900 are due to return home in the coming days. – Rappler.com