Can the climate challenge unify ASEAN? 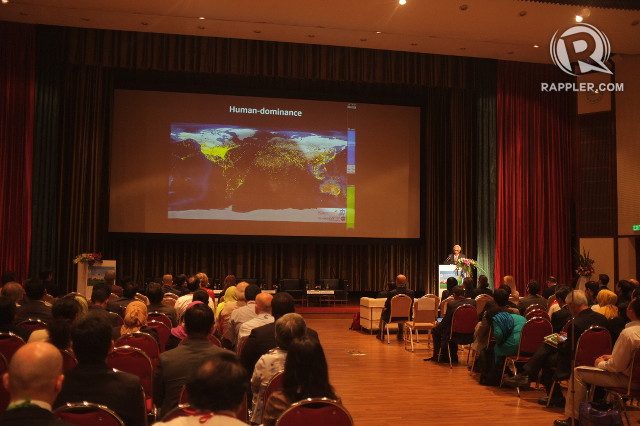 Facebook Twitter Copy URL
Copied
Five months before the crucial UN climate change conference in Paris, the heat is on to see if ASEAN can deliver a coordinated plan of action to prepare for the worst impacts of climate disruption

BANGKOK, Thailand – Can the 10 nations that compose the Association of Southeast Asian Nations (ASEAN) work together to address the most pressing global challenge of the century?

Five months before the crucial United Nations climate change conference in Paris, the heat is on to see if ASEAN can deliver a coordinated plan of action to prepare for the worst impacts of climate disruption.

This is also the year when ASEAN is expected to enter into a single economic community, the first phase of its long-term goal of regional integration similar to that of the European Union.

“What we’re hoping as civil society groups is to see ASEAN progress beyond statements but really deliver something on climate change,” Riza Bernabe, a Filipina from international development group OxFam, said at the ASEAN Regional Forum on Climate Change.

Held in Bangkok  from July 1 to 3, the forum gathers 400 participants – scientists, government officials, diplomats, representatives of non-governmental organizations – to share knowledge and research on climate adaptation and mitigation.

Bernabe, along with groups like Greenpeace, think ASEAN is not yet doing enough to work as a region in facing the common threat of climate disruption.

“What we’re hoping as civil society groups is to see ASEAN progress beyond statements but really deliver something on climate change,” she told Philippine media on July 2.

Numerous studies have shown ASEAN could be among the biggest losers as global warming escalates. (INFOGRAPHIC: How climate change harms the ASEAN food basket) 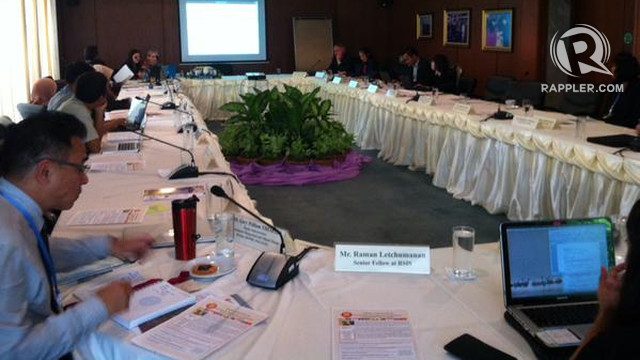 ASEAN countries have long coastlines exposed to sea level rise, are on the receiving end of Pacific storms, and depend on climate-sensitive sectors like agriculture, forestry, and fisheries.

Though not a top emitter of greenhouse gases, the primary driver of climate change, the growing economies of ASEAN member-nations will mean the region’s emissions could increase exponentially in the coming years.

Bernabe also said ASEAN should harness its collective power when pushing for climate policies for inclusion in the climate agreement to be forged in Paris in December.

“It should take a more progressive, more coordinated decision in the global climate negotiations,” she told media.

At a news conference on July 2, Maramis said that the regional body has taken some steps to address transboundary haze, or proliferation of particles in the air mainly due to forest and peat fires. These fires are a major driver of carbon emissions in the region.

He said cooperation comes “in the form of the ASEAN Agreement on Transboundary Haze” which became operational after the ratification of Indonesia in 2014.

But ASEAN still has “a long way to go in resilience and mitigation,” he added.

One step forward the ASEAN has taken, he said, is the ASEAN Declaration to Institutionalize Resilience in Disasters and Climate Change formalized in Malaysia in April which “sets out a whole new government approach that melds together disaster and climate change resilience.”

“It calls on us in government to implement economic, social, cultural, physical, and environmental measures to address the exposure and vulnerability to the risks. It also calls on us to systemize disaster risk reduction and climate change adaptation,” he said in his speech on the first day of the forum.

Getting ready for Paris

Representatives from France, the host of the crucial conference, also want ASEAN member-nations to work together.

French climate ambassador to Asia Philippe Zeller said there are laudable efforts being done by individual countries but regional cooperation is just in its budding stage.

Zeller cited the fact that ASEAN negotiators are meeting before and after major climate negotiations for preparation and debriefing.

Sitting down together allows ASEAN policy-makers to discuss issues together and increases the likelihood of more streamlined, better-coordinated positions.

“I think that’s something beginning to work – a kind of solidarity in ASEAN –although there are clear differences in national policies,” he told media on the second day of the forum.

In terms of commitments to strengthen the Paris agreement, no ASEAN member has so far submitted its Intended Nationally-Determined Contribution (INDC) – the pledged amount of carbon emission reduction.

ASEAN promised to release its INDCs “well in advance” of the October 1 deadline set by the UN when it made its Joint Statement on Climate Change in the Lima climate conference in 2014. – Rappler.com