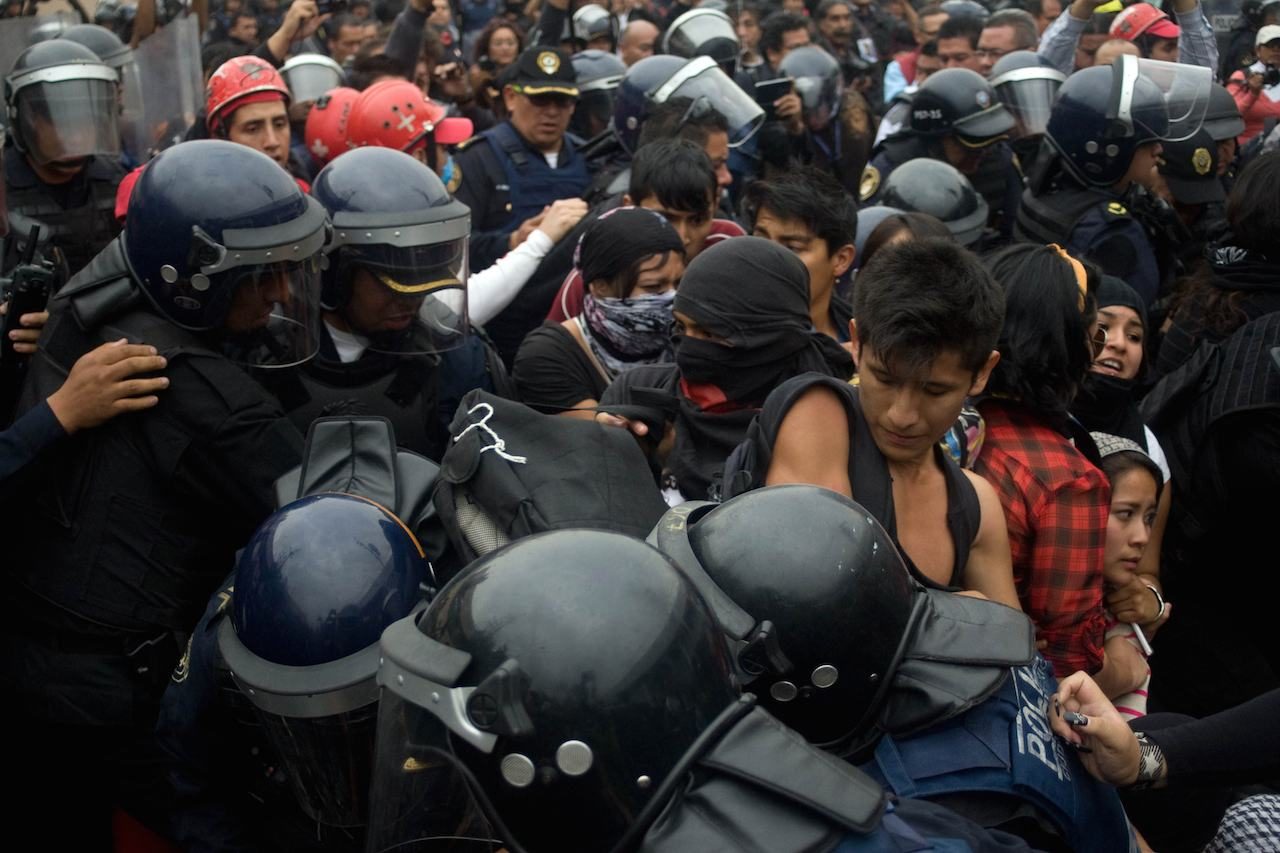 The Prodh human rights center said in a report that high-ranking military officers must be investigated for their responsibility in the Tlatlaya case, which saw 22 suspects killed in a warehouse.

The case has highlighted again the government’s controversial deployment of the armed forces since 2006 to combat drug cartels, a battle that has been rife with abuse allegations.

One of the 37 orders issued in a June 11, 2014 regional military document instructs troops to “operate at night in massive form and reduce activities during the day with the goal of taking down criminals in dark hours, as most crimes are committed at that hour.”

The Prodh center said the military uses the Spanish euphemism “abatir” (“take down”) to mean “kill.”

At the same time, the order by Military Camp No. 22-D near Tlatlaya signed by a lieutenant colonel says “operations must be conducted with strict respect to human rights.”

Nineteen days later, the army reported on June 30 that it had killed 22 gang suspects in the warehouse shootout in Tlatlaya, a town in central Mexico State, while only one soldier was injured — a lopsided toll that raised questions.

But a survivor later said that soldiers had executed several people who had surrendered, including her 15-year-old daughter.

The attorney general’s office has charged 3 soldiers with the murder of 8 people in the Tlatlaya case, while four others, including an officer, were accused of violating their public service duties.

But the governmental National Human Rights Commission said in October that between 12 and 15 people were extrajudicially killed.

“We are facing a completely illegitimate and illegal order that deserves an investigation over the responsibility of the chain of command: Who issued the order, who authorized the order,” Prodh director Mario Patron Sanchez told AFP.

The survivor and key witness in the case, Clara Gomez Gonzalez, made her first public appearance at a news conference organized by the Prodh center.

“My life is in danger,” an emotional Gomez said, lamenting that she is at risk of kidnappings or worse following false reports that she was financially compensated.

“The only thing that I want is justice, because they executed my underage daughter,” she said, before wiping away tears.

President Enrique Pena Nieto has faced anger over the human rights record of security forces following Tlatlaya and another event that shocked Mexico – the presumed massacre of 43 college students by a police-backed drug gang in southern Guerrero state in September.

Amnesty International and the United Nations High Commissioner for Human Rights demanded this week that authorities extend their investigations to include other military officials.

The defense ministry did not immediately respond to requests for comment.

Defense Minister Salvador Cienfuegos, a general, said in an interview with El Universal newspaper this week that the case has come at a “heavy cost” for the army’s image.

“Unfortunately many people or groups who don’t see the armed forces in a good light have already sentenced the soldiers” even though the trial has not begun, he said, insisting that the suspects had fired first.

The role of the Mexico State prosecutor’s office has also come under scrutiny in the case.

On Wednesday, the prosecutor’s office charged 7 of its own investigators with torturing the three women who survived the killings.

Four of the investigators were detained while arrest warrants were issued for the other three.

Authorities had been investigating 20 officials from the Mexico State prosecutor’s office over allegations of torturing the witnesses. ­ – Laurent Thomet, Agence France-Presse / Rappler.com