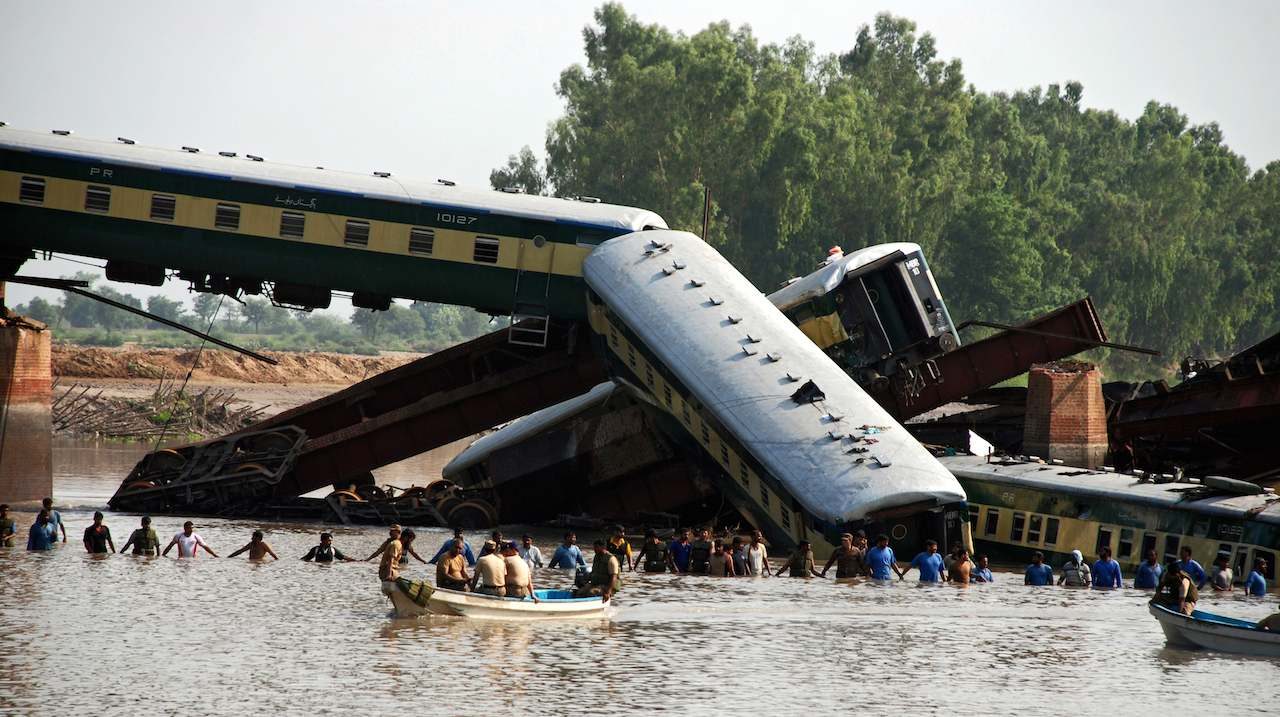 ISLAMABAD, Pakistan – The death toll from a Pakistan rail accident has risen to 17, the army said Friday, July 3, the day after a special military train fell into a canal when a bridge partially collapsed.

A senior officer was among those killed when four of the train’s carriages carrying troops and military equipment derailed and fell from Chanawan Bridge in the eastern province of Punjab.

The incident occurred near the eastern town of Wazirabad as the train carried soldiers from southern Sindh province to the garrison town of Kharian.

It is not yet clear why the bridge – a simple, single-track rail-only crossing passing just a few feet above the water of the canal – collapsed.

Railways Minister Khawaja Saad Rafique hinted there may have been foul play involved, saying a heavier train had crossed the same bridge an hour earlier without a problem.

But a spokesman from Pakistan Railways said an investigation into the incident was still ongoing.

“We have submitted an initial report to the prime minister but the exact details will be ascertained after complete investigations,” Rauf Tahir told AFP.

“It’s an unusual event. We are investigating the reason for this sudden collapse of the bridge.”

Pakistan inherited thousands of miles of track and trains from the former colonial power, Britain, but the railways have seen decades of decline due to corruption, mismanagement and under-investment. – Rappler.com