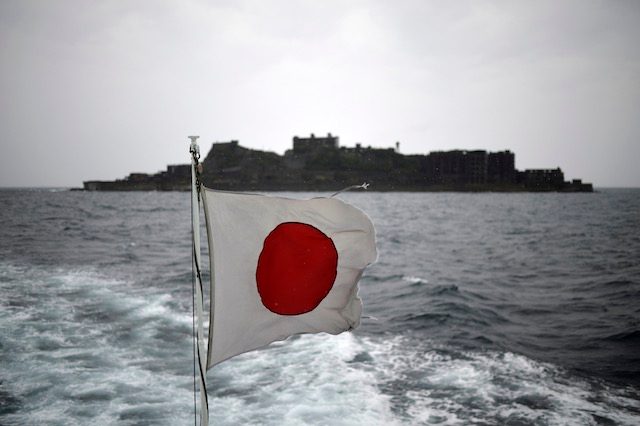 TOKYO, Japan – Japan on Monday, July 6, celebrated the inscription of Meiji-era industrial sites on UNESCO’s World Heritage list, despite initial opposition from Seoul over the use of forced Korean laborers in the early 20th century.

They included a steelworks, a shipbuilding yard and a coal mine.

In southwestern Fukuoka, home to the Miike mine, governor Hiroshi Ogawa pledged: “I will make a good use of this precious heritage to stimulate the economy and hand it down to future generations”.

Inclusion on UNESCO’s World Heritage list can bring economic benefits, because as well as being a powerful tourist draw, world heritage sites are eligible for financial assistance towards preservation.

But Tokyo’s bid to have the sites listed touched off a diplomatic spat because South Korea and China say that 7 of the locations became centers for deportation and forced labor during their respective Japanese occupations.

Japan annexed the Korean peninsula in 1910, ruling until its World War II defeat in 1945. The increasingly militaristic regime invaded Manchuria in 1931, where it established a puppet government and a base from which to agitate against China.

But in an apparent bid to ease the tension, the Japanese delegation said it was prepared to acknowledge some of the concerns.

Japan will “incorporate measures … to remember the victims such as the establishment of (an) information centre”, it said, an assurance that led Seoul to lift its opposition to the listing.

The South Korean foreign ministry welcomed what it saw as a concession.

“For the first time Japan mentioned the historical fact that Koreans were drafted against their will and forced into labour under harsh conditions in the 1940s,” it said in a statement.

“The government’s position over those recruited from Korea has not changed,” top government spokesman Yoshihide Suga said Monday.

Tokyo insists issues involving reparations for individuals and their right to demand state compensation were fully settled when the two countries normalized ties in 1965.

The 1965 treaty included a reparations package of about $800 million in grants and cheap loans.

The Japanese government has also issued numerous apologies for its wartime wrongs, but these are regularly undermined in Korean eyes by apparent backtracking by a minority of right wing politicians, including Prime Minister Shinzo Abe. – Rappler.com