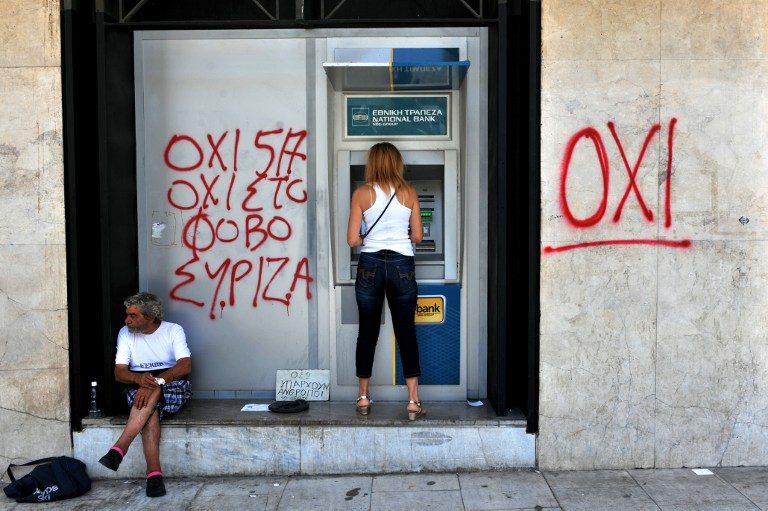 “The IMF has taken note of yesterday’s referendum held in Greece. We are monitoring the situation closely and stand ready to assist Greece if requested to do so,” Lagarde said in a brief statement.

In Sunday’s referendum, more than 61 percent of Greeks rejected creditor demands for further austerity in return for more bailout funds, a victory for the radical leftist Syriza’s government that took office five months ago.

All eyes turned to the European Central Bank on Monday following the vote, seen as the only institution capable of stemming market panic and preventing the Greek economy from collapsing. – Rappler.com