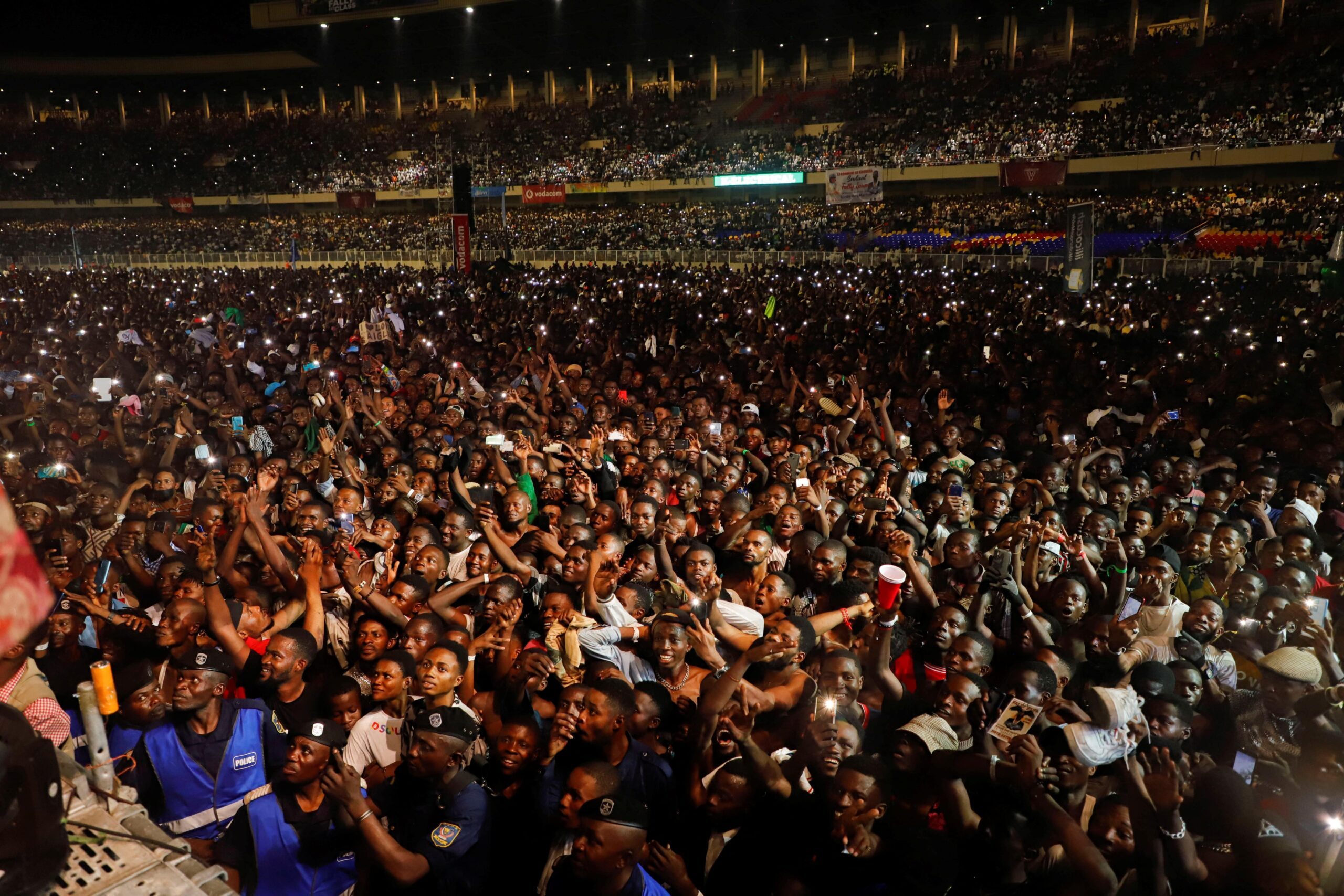 TRAGEDY. People gather at the concert of the Congolese singer Fally Ipupa, where people were killed, including police officers, in a crush at the overcrowded Martyrs stadium in Kinshasa, Democratic Republic of Congo, October 29, 2022.

Facebook Twitter Copy URL
Copied
The concert venue was reportedly packed over its capacity of 80,000 and some of the crowd ended up forcing their way into the VIP and reserved sections

The capital’s Stadium of Martyrs was packed over its capacity of 80,000 and some of the crowd ended up forcing their way into the VIP and reserved sections, Reuters reporters at the concert said.

Police have recorded “11 deaths including 10 as a result of suffocation and the crush, and 7 hospitalizations,” said Minister Daniel Aselo Okito in a statement.

Security forces had earlier fired tear gas in an effort to disperse violent crowds in the streets outside the stadium where many had gathered ahead of the concert by Kinshasa-born Ipupa, who has won acclaim in Democratic Republic of Congo, Europe and elsewhere.

The eventual number of attendees inside the stadium vastly exceeded the number state and private security personnel present could control.

In 2020, French police evacuated the Gare de Lyon railway station in Paris after people started fires nearby in unrest ahead of a planned Ipupa concert. – Rappler.com