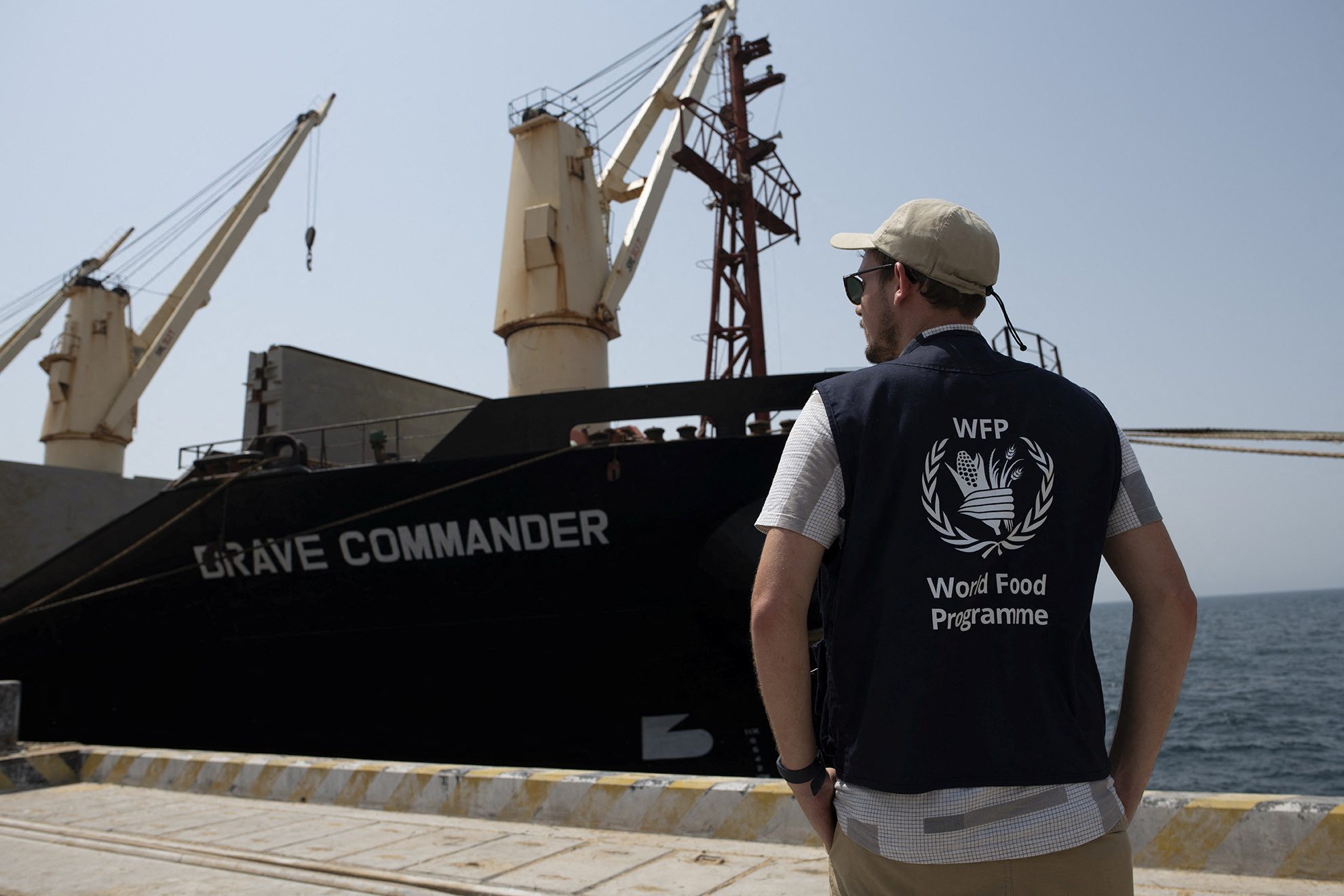 A World Food Programme staff looks on as the MV Brave Commander carrying wheat grain from Yuzhny Port in Ukraine to the drought-stricken Horn of Africa docks at port of Djibouti in Djibouti, August 30, 2022.

Facebook Twitter Copy URL
Copied
The vessel Brave Commander is carrying 23,000 tons of grain and will soon be followed by another carrying 7,000 tons, the United Nations' World Food Program says. The total shipment is enough to feed 1.5 million people for a month.

NAIROBI, Kenya – A ship carrying wheat from Ukraine to the drought-stricken Horn of Africa docked on Tuesday, August 30, the United Nations said, the first to make the journey since the Russian invasion six months ago.

The vessel Brave Commander is carrying 23,000 tons of grain and will soon be followed by another carrying 7,000 tons, the United Nations’ World Food Program said.

The total shipment, to be unloaded in Djibouti and transported to Ethiopia, is enough to feed 1.5 million people for a month, according to the WFP.

“This shipment, the first of many we hope, will allow WFP to deliver this grain to 1.53 million people in Ethiopia and cover their needs for a month. It’s a start but we must continue to keep the food flowing to save lives across the region,” said Michael Dunford, WFP director for Eastern Africa.

Among them are 150,000 Eritrean refugees sheltering in Ethiopia, many of whom have been repeatedly displaced by conflict in the north, and whose rations were cut in June to half the recommended amount of food.

“They explained to us the reasons, because of war in Ukraine,” said the man, who declined to give his name. “But it is especially hard because it is so cold now…The situation is so difficult.”

While the shipment will help people displaced by conflict, none of it will be sold commercially, meaning it will not lower food prices for ordinary Ethiopians.

Last month, the United Nations and Turkey brokered a deal between Moscow and Kyiv to unblock three Black Sea ports, making it possible to send hundreds of thousands of tons of Ukrainian grain to buyers.

But Dunford warned it will likely take many months to recover from the disruption caused by the conflict in Ukraine.

On Monday, Ukrainian Agriculture Minister Mykola Solsky said Kyiv’s wheat exports for the August-September period are likely to be a fraction of normal, because port silos were still full of corn that must be shipped out.

Since the start of August, 600,000 tons of wheat has been exported from Ukraine by sea, compared with 2.9 million tons during the same period a year ago.

In October, wheat will have to battle for scarce storage space at ports with rapeseed and sunflower seeds, both higher value cash crops.

But Ukraine is strengthening the humanitarian aspect of the grain initiative, Solsky said. On Tuesday, the bulk carrier Karteria departed, carrying 37,500 tonnes of wheat for Yemen, where 16 million people are hungry. – Rappler.com