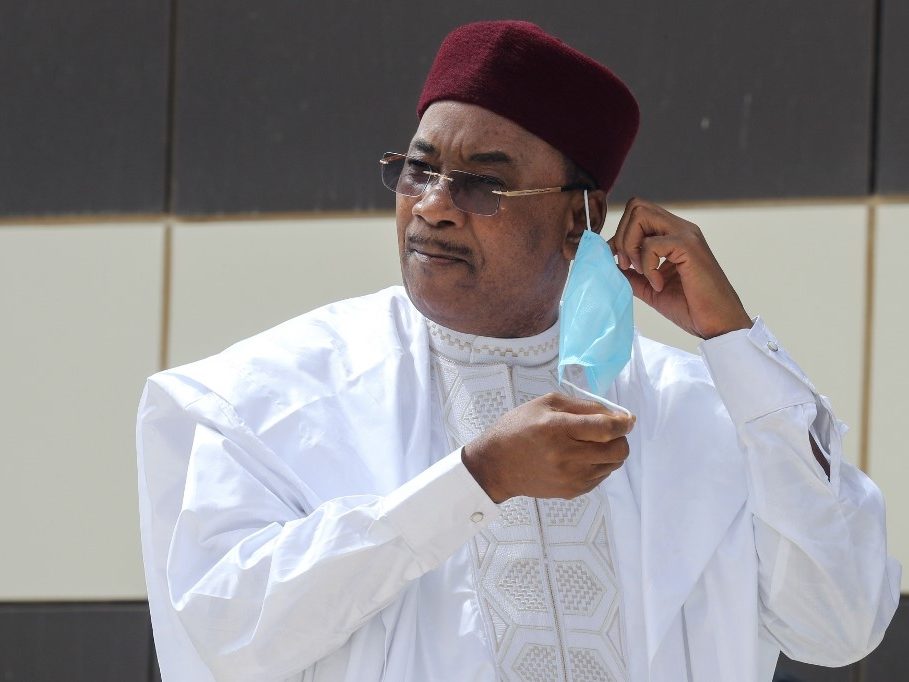 CHALLENGE. In this file photo, Niger President Mahamadou Issoufou takes off his face mask as he arrives for a group picture during the G5 Sahel summit on June 30, 2020, in Nouakchott LUDOVIC MARIN/POOL/AFP

Leaders of the West African group ECOWAS on Thursday, August 20, began talks on Mali following a military coup that sent shockwaves around the region.

The video summit is being chaired by the president of Niger, Mahamadou Issoufou, who in opening remarks warned of “a serious situation…whose security implications for our region and Mali are obvious.”

“It shows how much ground still has to be covered before strong democratic institutions are set in place in our region,” he added.

Issoufou noted that Mali’s last coup, in 2012, had enabled “terrorist and criminal organizations” to overrun two-thirds of the country in a matter of weeks.

Keita’s overthrow culminated protests in which ECOWAS – the Economic Community of West African States had tried to play a mediating role.

The bloc proposed setting up a unity government that would include representatives of the protest movement, although it stood firmly by the 75-year-old Keita.

The package was bluntly rejected by the opposition.

The African Union, the European Union, United States and UN Security Council have all condemned the putsch and demanded the release of detained leaders.

France, which is leading a military campaign against jihadism in the Sahel, has voiced special concern.

The junta, led by an army colonel named Assimi Goita, have vowed to stage elections within a “reasonable time” and respect “all past agreements,” including international anti-jihadist missions.

ECOWAS comprises 15 members, including Mali, but within hours of Keita’s overthrow, the group issued a statement announcing it was immediately suspending the country from its internal decision-making bodies.

That statement also called for the immediate release of Keita and other detained leaders; said its members would close land and air borders to Mali; and pledged to demand sanctions against “all the putschists and their partners and collaborators.”

It also requested an “immediate buildup” of the ECOWAS Standby Force, a multidisciplinary force of military, civilian and police personnel.

Issoufou proposed the summit “examine these various measures, and if appropriate, complement them in the perspective of a swift return of constitutional order.”

ECOWAS has intervened in several crises in West Africa, including in The Gambia, Liberia and Sierra Leone.

Keita won election in a landslide in 2013, putting himself forward as a unifying figure in a fractured country.

He was reelected in 2018, defeating Cisse.

But public anger snowballed over his failure to roll back a bloody jihadist revolt, mixing explosively with frustration at Mali’s moribund economy and perceptions of government graft.

Mass protests began after long-delayed legislative elections in April were followed by a disputed outcome.

On Wednesday, August 19, the June 5 Movement, a broad coalition of protest groups, said it “took note of the (junta’s) commitment” for a civilian transition.

It promised to work with it on “developing a roadmap.” – Rappler.com