The startling about-face of Indonesia's second largest political party, Golkar, which is also the legacy political movement of deposed President Suharto, to bolt from a coalition with the front-runner Joko Widodo, or "Jokowi," to team up with the 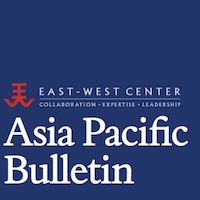 controversial retired general Prabowo Subianto, raises the possibility that the forthcoming July 9 presidential election will be more than a public crowning of the populist Jokowi.

Golkar, Indonesia's second largest vote-getter in the April 9 parliamentary election, made its decision on May 19 based on the calculus by party leaders that Golkar's role in government would better be served by joining with a strong figure like Prabowo rather than Widodo, who is a neophyte to leadership on the national level. Thus a large coalition of parties fronted by the authoritarian-minded Prabowo will now be pitted against the smaller coalition of the nationalist Democratic Party of Struggle (PDI-P), which had just selected former vice president Jusuf Kalla, nominally of Golkar, as Jokowi's running mate.

If this turn of events sounds complicated, it is – even for Indonesian politics. But first a look at some of the basics:

Indonesia's fourth general election since Suharto's downfall in 1998 has marked another milestone in Indonesia's democratization journey. According to the election commission, 125 million valid votes were cast nationwide out of a pool of 185 million eligible voters. More than 400 million ballot papers were counted in electoral contests at the national, provincial and district levels. Election irregularities and violence were sparse, except in Aceh at the northern tip of Sumatra where former rebel factions competed for political control. Observers characterized the 2014 parliamentary election as free and fair overall, continuing a trend since 1999.

The results in the contest for the national Dewan Perwakilan Rakyat (DPR), or People's Representative Assembly, showed that the PDI-P secured almost 24 million votes, or 19 percent of the total, giving them 109 seats in the 560-member chamber. Golkar came in second with 91 seats or 15% of the vote. Prabowo's own political party Gerindra (Great Indonesia Movement Party), surprisingly garnered 12% or 73 seats, while a cluster of Islamic parties received between 39 and 47 seats each in the new parliament.

The biggest loser was the Democratic Party (PD) of President Susilo Bambang Yudhoyono (SBY). Even without a clear standard-bearer for these elections, the party had still hoped to win nearly 20% of the vote, close to what it polled in 2009, but the PD slipped badly, garnering only 10 percent and 61 seats which is less than half of its present 148 seats. The Democratic Party, moreover, has ended up being an orphan in the coalition-building sweepstakes. After a tortuous "national convention" process to choose a presidential candidate from twelve hopefuls, SBY's party announced its choice of State-Owned Enterprises Minister Dahlan Iskan on May 16, long after the other parties had decided upon their candidates. While Dahlan would have made a credible vice presidential candidate because he is known nationally, the three largest other parties – PDI-P, Gerindra, and Golkar – were already far ahead in coalition negotiations.

A PD coalition with PDI-P was always a non-starter because of the enmity between SBY and PDI-P Chair Megawati Sukarnoputri, who is the daughter of Indonesia's first president, Sukarno, and was president of Indonesia herself from 2002 to 2004. Likewise, the PD could not partner with Gerindra because of old intra-military rivalries and the fact that SBY is considered to be a liberal apostate to many of the retired generals now supporting Prabowo.

Many pundits also count the PDI-P among the casualties of the April 9 legislative election. Numerous polls touted the PDI-P to win approximately 27% of the vote, so the actual results came as a considerable shock. Analysts point to three main factors for the poor performance: Megawati's indecision in designating Jokowi forestalled the PDI-P's campaign by not having an announced candidate; efforts by the party's campaign manager, Megawati's daughter Puan Maharani, to promote herself rather than Jokowi in the party's publications and banners; and Jokowi's resultant late start in defining himself and his positions for the voters on a national scale.

That said, the selection by Jokowi of Jusuf Kalla as his vice president is a distinct plus as Kalla proved to be a strong vote-getter in 2004 when he teamed up with SBY. The inclusion of the late Muslim leader Gus Dur's National Awakening Party (PKB) in the coalition will be a popular choice with rural voters. Furthermore, the inclusion of the rising National Democratic (NasDem) party, an offshoot of Golkar and the political vehicle of media baron Surya Paloh, will add media access.

Prabowo's candidacy is not without difficulties either. He has publicly espoused a return to the "guided democracy" of Sukarno and has affected Sukarno's flamboyance with his white bush suits and appearing astride a stallion at the rally (self-) proclaiming his nomination. Prabowo may be aided by a group of Islamic parties in his coalition and his vice presidential candidate Hatta Rajasa, an economic nationalist when Coordinating Minister in SBY's second term, may attract some votes in the outer islands, particularly Sumatra. To appease and attract Muslim parties however, Prabowo reportedly has reached out to radical chauvinist groups like the Islamic Defenders' Front, or FPI, which in the past has attacked the Ahmadiyah sect, Shiite Muslims, Christians, and other "offenders" to Islam.

For his part, Jokowi has identified religious intolerance and ethnic differences as a serious social problem in Indonesia, calling for a "mental revolution" to develop a "civilized identity for the nation that would uphold moral values among religions and cultures." True to his populist instincts, he has also promised to improve health and education, and adopt more policies to tackle poverty. With more forthcoming support from the top level of the PDI-P, it is possible that Jokowi could achieve the 44% plurality some forecast in the presidential election, but against Prabowo's rising 28%, the election is increasingly becoming a real-and possibly too – close-to-call – contest.

The consequences for Indonesian democracy are not insignificant, particularly if a Prabowo win pulls the country back into semi-authoritarianism, a prospect that would not be greeted well in Washington. How the US government would choose to treat Prabowo in such a scenario will be a major issue. A Jokowi victory, by contrast, would ensure a continuation of open government and democratic practice – although with an element of economic nationalism as has been the case in SBY's second term.

Ambassador Alphonse F. La Porta is a retired United States Foreign Service Officer and former President of the U.S.-Indonesia Society. He is currently President of the Malaysia-America Foundation and can be contacted via email at a_laporta@yahoo.com. This piece was first published June 5, 2014.