Sep 25, 2018 11:50 PM PHT
Rappler.com
Facebook Twitter Copy URL
Copied
But a gale warning remains issued for parts of Luzon and the Visayas, as rough to very rough seas are expected 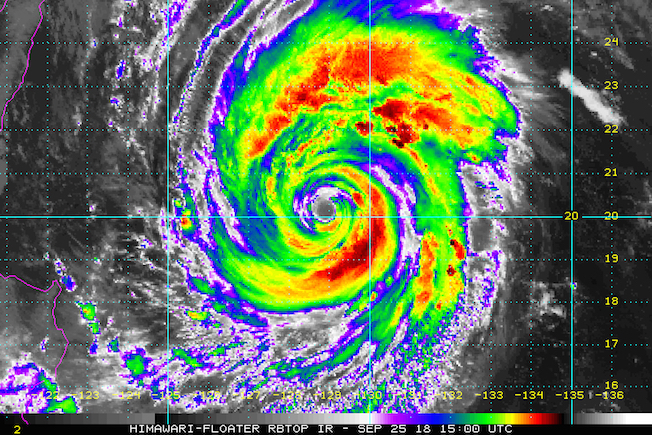 In a bulletin issued 11 pm on Tuesday, the Philippine Atmospheric, Geophysical, and Astronomical Services Administration (PAGASA) said Paeng now has maximum winds of 190 kilometers per hour (km/h) from the previous 200 km/h and gustiness of up to 235 km/h from the previous 245 km/h.

The typhoon is located 725 kilometers east of Basco, Batanes, slowly moving north northeast and veering away from land in the Philippines.

There are no areas under tropical cyclone warning signals, and signals are unlikely to be raised given Paeng’s path away from land.

Seas off those areas are rough to very rough, with wave heights reaching 2.8 meters to 4.5 meters.

Based on its latest forecast track, Paeng could leave the Philippine Area of Responsibility on Saturday, September 29. 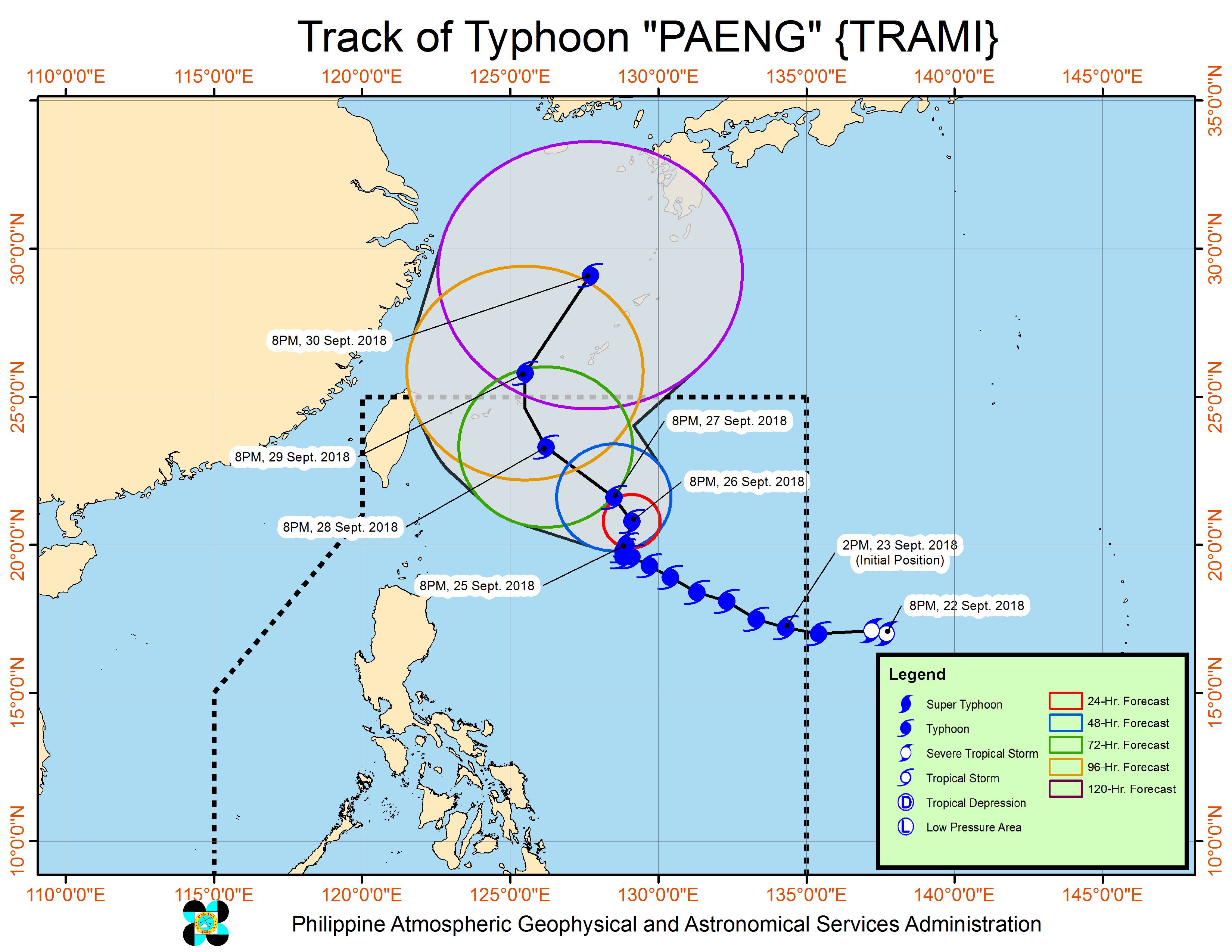 Parts of Luzon are still reeling from the impact of Typhoon Ompong (Mangkhut), which left over a hundred people dead and caused destruction in provinces up north. Dozens of people remain missing. (READ: Areas under state of calamity due to Typhoon Ompong)