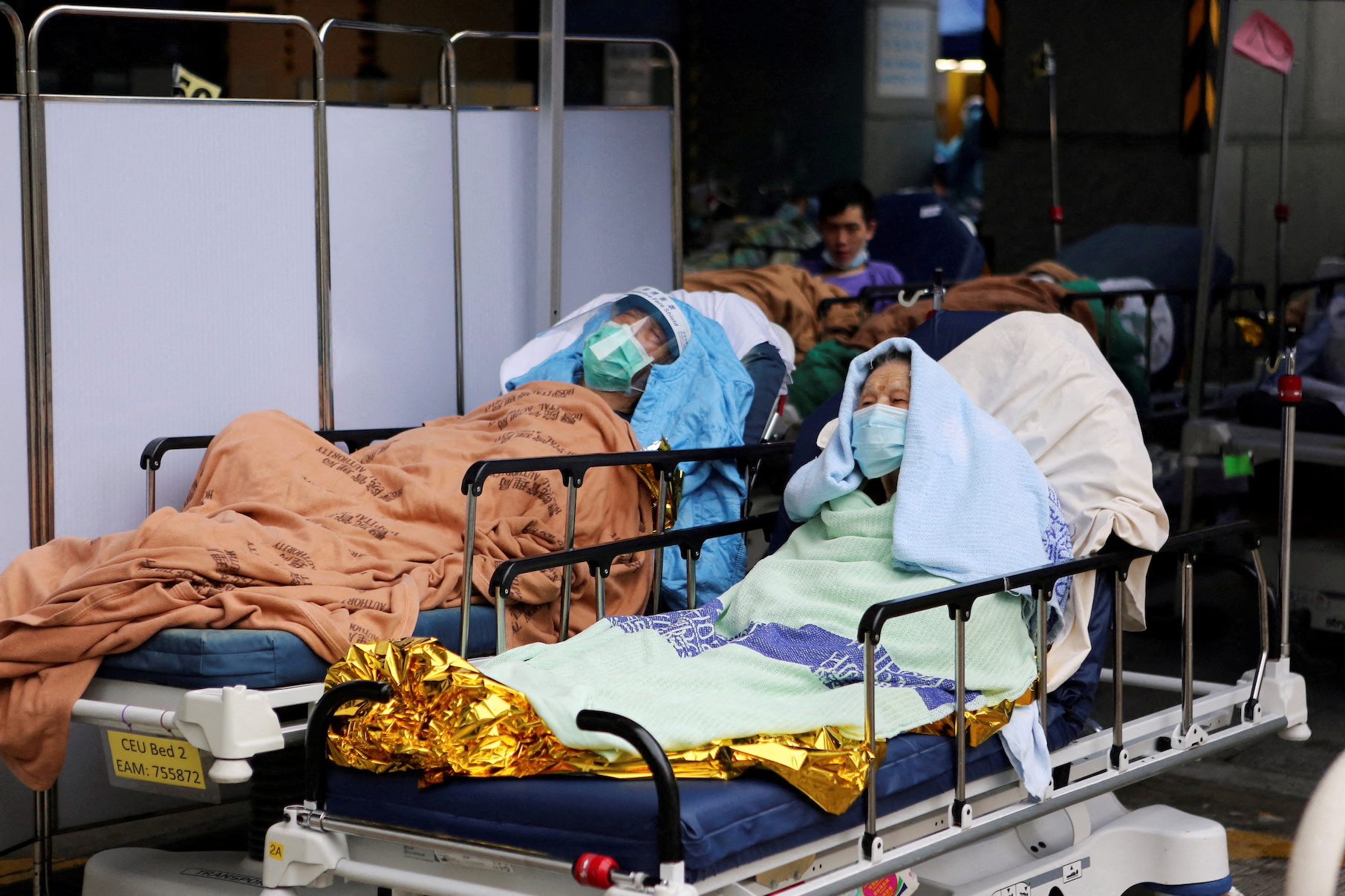 Facebook Twitter Copy URL
Copied
Like an immune system overreacting and harming the person it is meant to protect, the 'dynamic zero-COVID' policies that had crushed the virus in Hong Kong have contributed to current woes, experts say

HONG KONG – Hong Kong until recently had an enviable record battling COVID-19, but as an Omicron wave now overwhelms the city, the steps that saved lives are making life unbearable for many of its 7.4 million people.

Like an immune system overreacting and harming the person it is meant to protect, the “dynamic zero-COVID” policies that had crushed the virus in Hong Kong have contributed to current woes, experts say. Patients lie in beds in cold, wet parking lots outside overflowing hospitals, isolation facilities are filling up and thousands queue for hours outside testing venues.

A 60-fold spike in daily infections this month prompted the government recently to modify its COVID-eradication policies, but the authorities continue aiming to wipe out the virus. The impact of zero tolerance will remain for some time, epidemiologists say. 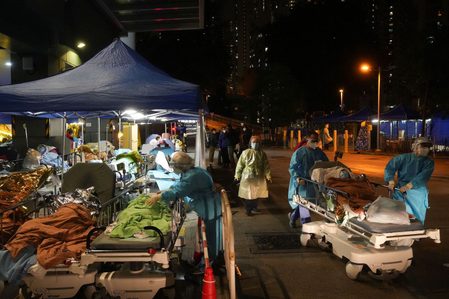 Hong Kong’s strict pandemic policies have limited coronavirus infections to around 40,000 with 259 deaths, far fewer than in other major cities. Asian rival Singapore, with 5.7 million people, has reported more than half a million cases and some 900 deaths.

Under zero-COVID, Hong Kong authorities essentially closed the border and hospitalized even asymptomatic coronavirus-positive people and isolated close contacts with infected people. A person showing little or no symptoms could spend weeks in hospital, then move to an isolation facility for several more weeks before being allowed to return to normal life.

In return, most people in the global financial hub could go about their work and social lives with few restrictions.

The government leader, Chief Executive Carrie Lam, has said Hong Kong “cannot surrender to the virus” and that containing the outbreak “is now of paramount importance,” as she seeks the people’s understanding for inconveniences caused by the policies.

“Elimination was initially the best strategy for Hong Kong,” but is no longer appropriate, said Dr. David Owens, a founding partner of OT&P clinic.

“Once effective vaccinations became available, the negative framing and policy around zero-covid adversely impacted vaccination rates, especially in the vulnerable,” he said. “The messaging was not only unscientific, it paradoxically increased the risk to population health.”

The government did not respond to a request for comment on whether its zero-covid policy had contributed to the current problem.

As the highly transmissible COVID-19 variant tests the healthcare system and public patience, the authorities have made a subtle transition from elimination to mitigation, adjusting policies frequently, based on the severity of symptoms and availability of beds and isolation rooms.

Asymptomatic carriers may now go to quarantine facilities or even home and close contacts may isolate at home.

But the healthcare system is stretched to breaking as infections soar.

Plans for mass-testing from next month will likely be ineffective, some epidemiologists say, without a full mainland-style city lockdown – something Lam has ruled out.

Tracing, testing, treatment, and quarantine resources still target every infection instead of prioritizing high-risk groups, such as the elderly, causing widespread frustration.

Zero-COVID messaging, some epidemiologists fear, may encourage complacency and false hopes among the largely unvaccinated elderly that the city may again become virus-free and stay that way. More than 60% of residents over age 80 have not been vaccinated, although some 85% of the entire population has had at least one shot.

Bars, gyms, and beauty salons are shut, many unable to stay afloat. Around 900,000 students are out of school, while most people have resumed working from home, reminiscent of early 2020.

The economy is likely to contract this year after last year’s rebound from the city’s longest recession, some analysts say. And the isolation and economic uncertainty threaten a mental health epidemic, psychologists say.

“It’s insane and cruel,” said a 41-year-old resident whose family went through five weeks of hospital and government quarantine, including separation from their two toddlers.

“Nowhere else in the world is doing this.”

Hong Kong has asked Beijing for help. More than a hundred million rapid tests are on the way from the mainland, and the authorities plan to boost testing, build more isolation facilities and ensure food supplies after vegetable shortages this month.

But some health experts forecast daily infections rocketing to as much as 30,000 by the end of March from 3,629 on Friday, far outpacing efforts to increase capacity.

Epidemiologists at the University of Hong Kong have warned that only a costly, months-long, full lockdown would eliminate infections. And while that would return the city to where it was in December, Omicron could strike again, causing renewed chaos, they say.

Residents, who at the start of the pandemic went beyond government recommendations to keep their friends and family safe, have started to lose faith.

“The government wants to achieve dynamic zero-COVID, which has basically made citizens more troubled and confused, because I believe that no virus can be eradicated completely,” said 39-year-old Hang Tang. – Rappler.com