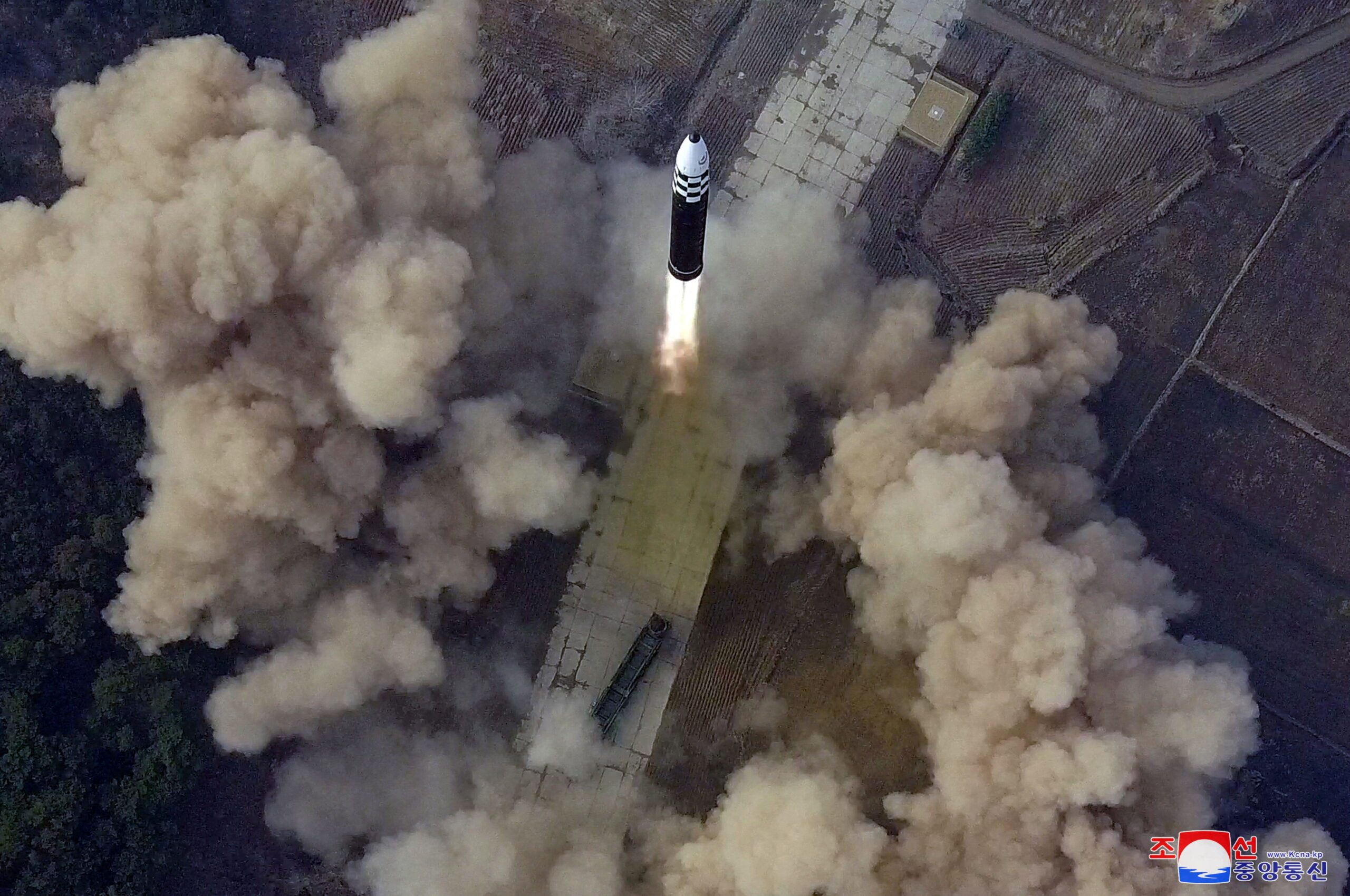 ICBM. An overview of what state media reports is the launch of the 'Hwasong-17' intercontinental ballistic missile in this undated photo released on March 25, 2022 by North Korea's Korean Central News Agency.

SEOUL, South Korea –  The “monster” Hwasong-17 intercontinental ballistic missile (ICBM) shown this week in North Korean state media after the country’s biggest test-fire ever is likely from an earlier launch, analysts said after examining the images and video.

North Korea said the launch on Thursday, March 24, was of the Hwasong-17, a huge new ICBM unveiled at a pre-dawn military parade in October 2020 but never before publicly tested.

But analysts said shadows, weather, and other aspects of the imagery suggest the launch shown by North Korea actually happened on a different date and time.

“Multiple pieces of visual evidence suggest North Korea’s version of events is misleading at best, and possibly a complete fabrication of a successful Hwasong-17 test at worst,” NK Pro, a Seoul-based research website that tracks North Korea, said in a report.

There is little doubt that a missile test happened on Thursday, and that it was the longest and highest ever conducted by North Korea. Flight data were independently corroborated by South Korea and Japan, which tracked the launch.

However, the NK Pro report said the missile shown in state media coverage may in fact have been one that South Korea said exploded in mid-air shortly after launch on March 16.

North Korea never publicly acknowledged that apparent test launch or its failure, which reportedly sent debris raining down in or near Pyongyang.

Michael Duitsman, with the US-based James Martin Center for Nonproliferation Studies, said researchers at the center agreed that some of the footage released by North Korea is from the failed test on the morning of March 16 rather than the March 24 test, which occurred around 2:24 pm.

Photographs and video released by North Korean state media show a Hwasong-17 lifting off from its 22-wheeled transporter, erector, launch (TEL) vehicle at the Pyongyang airport.

“The TEL’s shadow matches a morning launch much better than an afternoon launch,” he said on Twitter.

US and South Korean officials previously said that the Hwasong-17 system was tested during launches on February 27 and March 5, but not at full range or capability. Neither Washington nor Seoul has confirmed what missile was involved with the failed launch or commented on the discrepancies in North Korea’s claims.

South Korean media have cited unnamed officials saying they were examining whether North Korea had in fact launched an older and smaller type of ICBM, the Hwasong-15, which had previously been test-fired in November 2017.

“While this does not mean that the March 24 test was a Hwasong-15, it does raise questions,” Duitsman said of the imagery. – Rappler.com