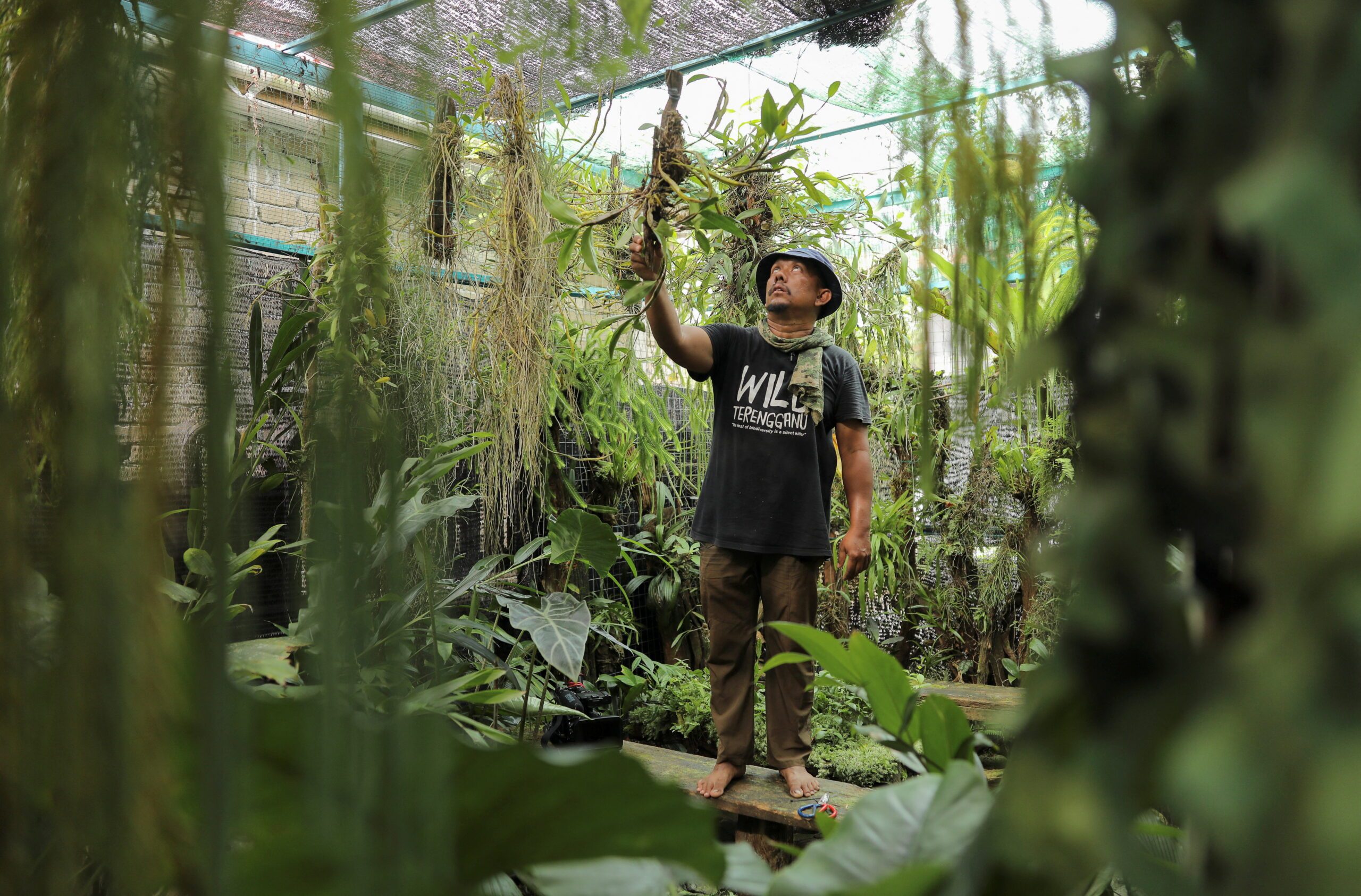 Suzairi Zakaria also known as Dome checks one of his plants he rescued from a logging area, at his conservatory, WildDome Research and Conservation Centre in Besut, Terengganu, Malaysia, May 29, 2022. Picture taken May 29, 2022. Hasnoor Hussain

HULU TERENGGANU, Malaysia – Alarmed by Malaysia’s loss of plant species to deforestation, photographer Suzairi Zakaria decided he needed to take direct action to conserve them in his home state of Terengganu.

Swathed in rainforests rich in biodiversity, the southeast Asian nation has lost about 29% of tree cover since 2001 because of activities such as palm cultivation and logging, data from US-based Global Forest Watch shows.

Suzairi, wearing a blue floppy hat and T-shirt with a slogan calling the loss of biodiversity “a silent killer,” said he had converted his backyard into a conservatory for endangered species to safeguard thousands of plants, chiefly wild orchids.

“One of the reasons I help to save orchid species in logging areas is because, when I go there, I find that many species of orchids or plants are dying out,” the 46-year-old told Reuters.

“I thought it would be better for me to save the plants and bring them back and replant them at home,” he added, after crouching in a forest clearing to photograph some tiny white flowers.

Since 2015, when Suzairi first saw the havoc logging caused in areas where he was working, he reckons he has helped conserve more than 2,000 plants, among them more than 200 types of wild orchids, prized for their striking colors.

His conservation work is self-funded, through sales of his rainforest photographs. The effort has also helped researchers and enthusiasts identify and document plants for future reference.

“He has a rare talent, where he can spread his scientific knowledge to the people,” said Jamilah Mohd Salim, a specialist in forest ecology and plant biodiversity at Universiti Malaysia Terengganu in the eastern coastal state.

Suzairi has acquired knowledge of the rainforest and its plants from his work documenting the lives of one of the country’s oldest nomadic tribes, the indigenous Bateq group.

“Sometimes there are orchid species that have yet to be named, so if we do not conserve or save them, we would not know of their existence,” he added. – Rappler.com