DISASTER. Floodwaters cover part of a closed street in the Maribyrnong area of Melbourne, Australia, October 15, 2022.

Facebook Twitter Copy URL
Copied
While floodwaters recede in some areas, weather forecast suggests the worst is still to come

SYDNEY, Australia – Emergency warnings remained in place on Saturday, October 15, for parts of Australia’s southeast as floods, sparked by days of heavy rain, impacted three states – with hundreds of people having to be rescued from floodwaters.

Flood warnings were current for large parts of Victoria state, southern New South Wales and the northern regions of the island state of Tasmania, as an intense weather system earlier this week brought more than a month’s worth of rain to the southeast of the country.

While floodwaters receded in some areas on Saturday, in others such as the Victorian rural city of Shepparton, northeast of Melbourne, weather forecast suggested the worst was still to come.

“Catchments are very, very wet and rivers have responded very, very quickly, and these rivers are expected to remain high for at least a few weeks,” How told ABC television.

Prime Minister Anthony Albanese said on Friday the federal government was ready to provide assistance to flood-stricken states and that Australian Defense Force personnel had been deployed to assist.

Victorian authorities reported the emergency’s first flood fatality after a man’s body was found in floodwaters at Rochester, about 200 kilometers (124 miles) north of Melbourne. 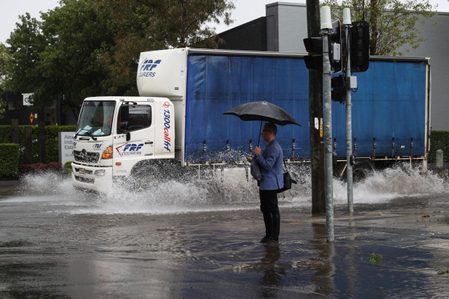 In the west of Melbourne city, a flood clean-up was underway after the Maribyrnong River burst its banks on Friday.

Victorian Premier Daniel Andrews told reporters that 344 roads were closed in the state and that 3,000 applications for emergency payments had been made.

He said about 500 properties were isolated, with more inundations likely as waters in some areas continued to rise.

Victorian emergency services said more than 350 people had been rescued from floodwaters.

Albanese said the federal government would step in to assist those impacted, if required.

“To everyone in western New South Wales, in Victoria, in northern Tasmania, you are in our thoughts and our government stands ready to do whatever we can to help, wherever it is needed,” Albanse said in Sydney. – Rappler.com