Leung Kam-wai, one of the arrested members of the Hong Kong Alliance in Support of Patriotic Democratic Movements of China is escorted by police as they leave after police search the June 4th Museum, which commemorates the 1989 Tiananmen Square crackdown, in Hong Kong, China September 9, 2021. REUTERS/Tyrone Siu

A Hong Kong court on Friday, September 10, rejected bail for the vice-chairwoman of a pro-democracy group that organizes the annual June 4 rally to commemorate those who died in the bloody crackdown in and around Beijing’s Tiananmen Square in 1989.

Chow Hang Tung, 36, and other members of the Hong Kong Alliance in Support of Patriotic Democratic Movements in China, were arrested this week under national security legislation after the group refused to provide information about its membership, finance and activities to police.

They all pleaded not guilty.

“I am not a foreign agent. I plead not guilty,” alliance member Tang Ngok-kwan told the court. 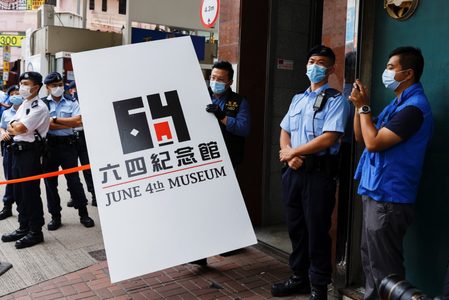 Judge Peter Law denied their bail request in the West Kowloon Magistrates’ Court, saying they were violating the law by not submitting information requested by the authorities.

Hong Kong laws usually prohibit reporting of any immediate contents of bail hearings. Judge Law lifted the restrictions in this case in the interests of the judiciary and transparency.

The former British colony, which returned to Chinese rule in 1997 with a promise that its wide-ranging freedoms would remain intact, traditionally holds the largest June 4 vigil to commemorate the victims of the crackdown. Mainland China bans commemorations and heavily censors the topic.

Chow and her colleagues Tang Ngok-kwan, Leung Kam-wai, Chan To-wai and Tsui Hon-kwong were charged with failing to provide information requested by the authorities.

Chow and Alliance leaders Albert Ho and Lee Cheuk-yan, already in jail over their roles in anti-government protests that roiled the city in 2019 and who did not apply for bail, were also charged with inciting subversion under the city’s national security law. 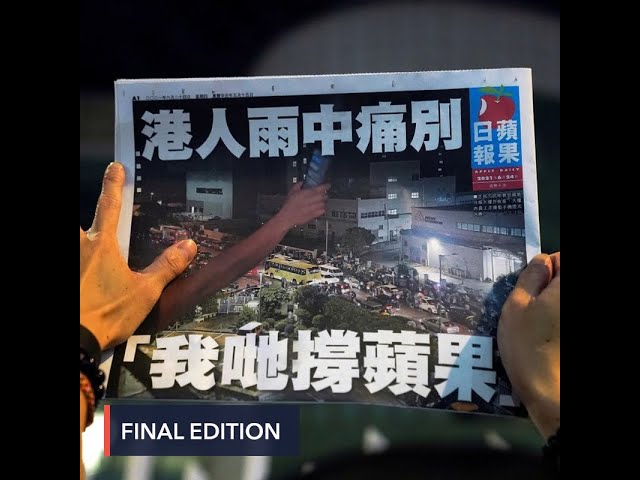 The same charge was imposed on the Alliance as an organization. The group had HK$2.2 million ($283,000) in assets frozen by the police’s national security department.

Police sent a letter to the Alliance in August requesting information about its membership, finances and activities by September 7, according to a copy the group sent to reporters.

The Alliance said it would not provide the information.

The letter accused the Alliance of being “an agent of foreign forces.” Failure to provide the information by the deadline could result in a HK$100,000 fine and six months in jail, the letter said.

On Thursday, police raided the premises of the closed June 4th Museum, dedicated to the victims of the Tiananmen crackdown.

In August, the group said the museum, which closed on June 2 due to an investigation by the Food and Environmental Hygiene Department into its licensing, reopened online as “8964 Museum”. The online museum operates independently from the alliance, it said. – Rappler.com