HAZY DAY. A woman pushes a bike in front of the Kaisa Plaza on a hazy day in Beijing, China, November 5, 2021.

Facebook Twitter Copy URL
Copied
People who have travelled in the previous two weeks to areas with international overland ports of entry are advised not to enter China's capital for non-essential purposes, effective Wednesday, November 17

Beijing city said individuals who recently visited overland ports of entry on China’s borders should avoid the Chinese capital, with national authorities concerned over the risk of COVID-19 transmission from abroad as they battle a month-long outbreak.

The small northern administrative divisions of Heihe, Erenhot and Ejina, along China’s borders with Russia and Mongolia, were among the hardest-hit areas in a nationwide outbreak since mid-October that resulted in more than 1,200 domestically transmitted cases showing confirmed symptoms.

Although China’s infection numbers are lower than in many other countries and a dozen provincial regions have already brought the recent flare-up under control, it is pursuing a zero-tolerance policy against local clusters with stringent measures along international borders and other areas at higher risk for transmission. 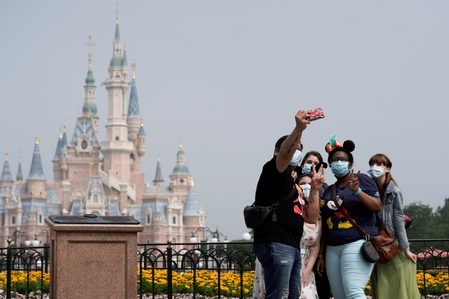 People who have travelled in the previous two weeks to county-level administrative divisions with international overland ports of entry are advised not to enter China’s capital for non-essential purposes, effective from November 17, Beijing Daily reported on Saturday, November 13.

The report did not mention any specific measures that would be taken to curb unnecesarry entry to the area.

Those intending to enter the city should show proof of a negative COVID-19 test result from the previous 48 hours, Beijing Daily said. – Rappler.com