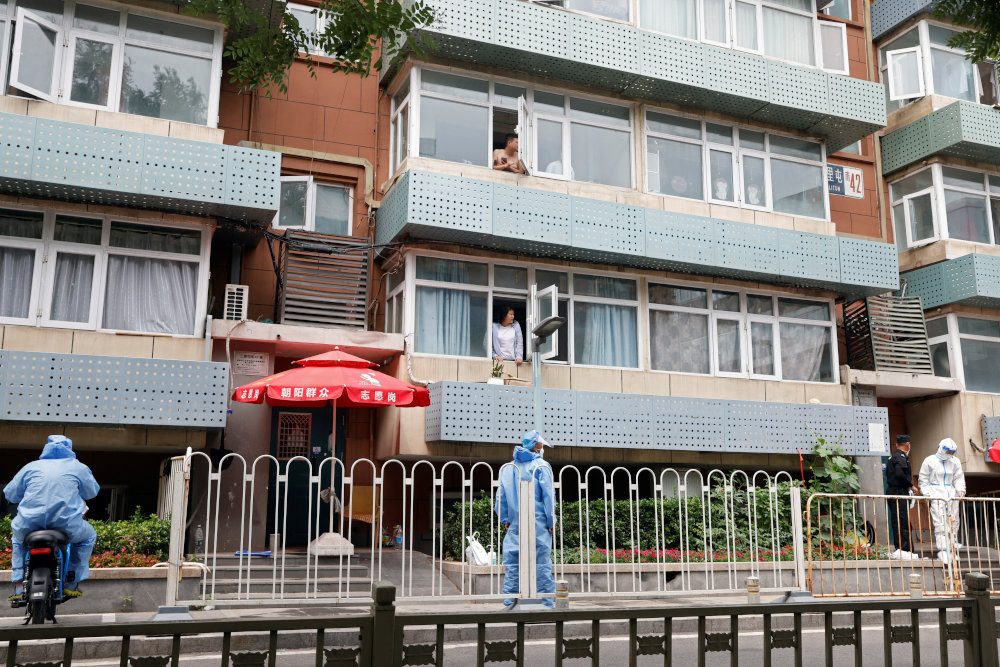 COVID-19 IN BEIJING. Residents look on from their windows in a residential building under lockdown, amid the coronavirus disease (COVID-19) outbreak in Beijing, China, on June 13, 2022.

Facebook Twitter Copy URL
Copied
A joint team from an array of local government departments will work together to investigate and deal with the Heaven Supermarket bar 'quickly, strictly and seriously,' state-backed Beijing Daily reports

BEIJING, China – Beijing’s authorities have launched an investigation into a 24-hour bar that they believe to be at the center of a cluster of several hundred COVID-19 cases in China’s capital over the past few days, local media reported on Tuesday, June 14.

A joint team from an array of local government departments will work together to investigate and deal with the Heaven Supermarket bar “quickly, strictly and seriously”, state-backed Beijing Daily reported.

Authorities are under pressure as the outbreak linked to the bar has left millions facing mandatory testing and thousands under targeted lockdowns and comes just days after the city had ended a more than month-long partial lockdown.

The announcement of the investigation came a day after state media reported Vice Premier Sun Chunlan visited the bar and said it was necessary to strengthen COVID prevention and control of key places.

People infected in the outbreak live or work in 14 of the capital’s 16 districts, authorities have said.

Drinking and dining in most of Beijing’s establishments only resumed on June 6 after more than a month in which the city of 22 million enforced curbs including urging people to work from home, and shutting malls and parts of the transport system.

Chaoyang, the city’s largest district where the Heaven supermarket bar is located, kicked off a three-day mass testing campaign among its roughly 3.5 million residents on Monday. About 10,000 close contacts of the bar’s patrons have been identified, and their residential buildings put under lockdown. – Rappler.com