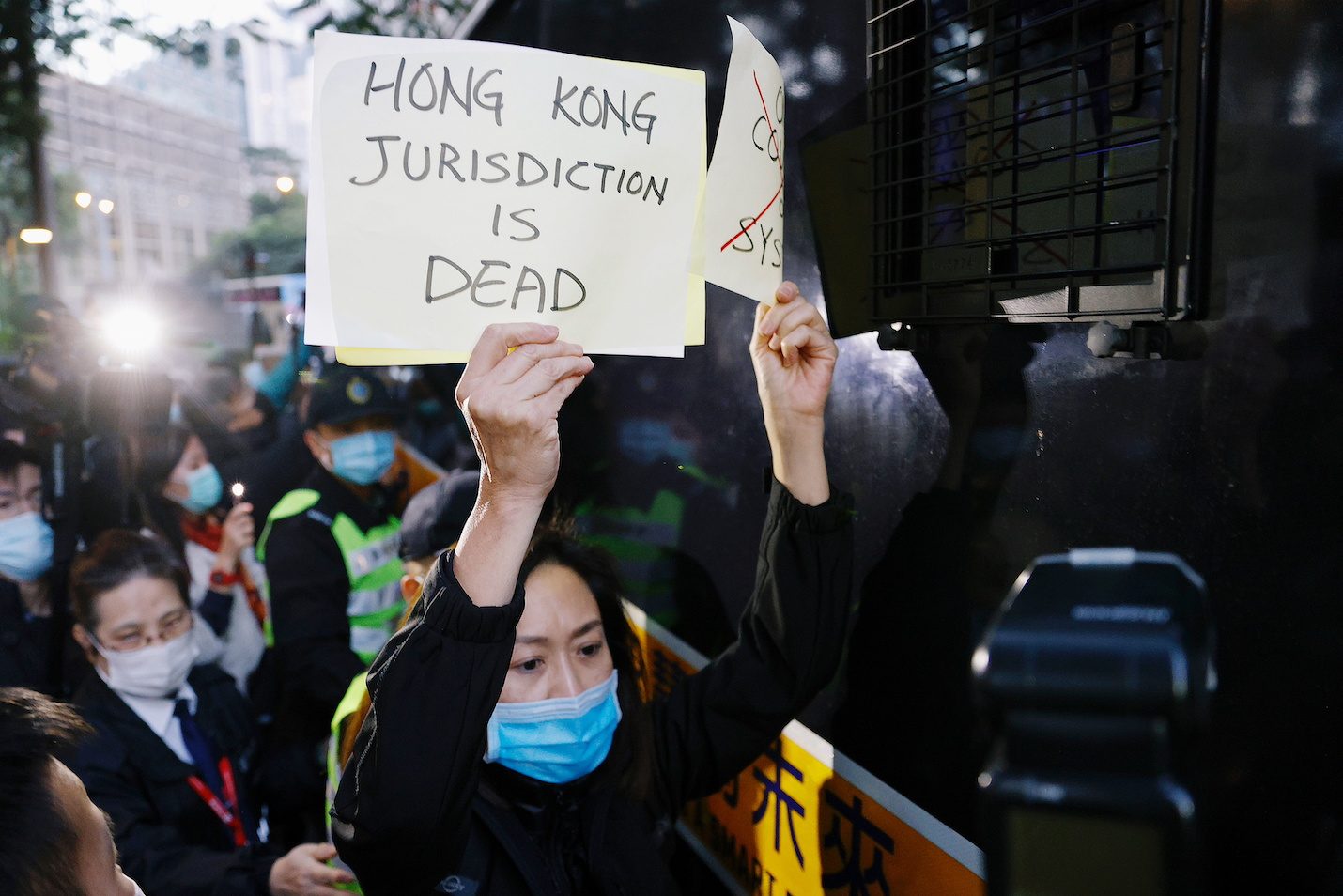 A British prosecutor hired by the Hong Kong government to lead a case against democracy activists has pulled out after coming under pressure in Britain including ‘disgraceful’ comments by its foreign minister, city authorities said on Wednesday, January 20.

David Perry, a Queen’s Counsel, was due to lead the case against tabloid media magnate Jimmy Lai and several others, including veteran democracy activists Martin Lee and Margaret Ng.

But Hong Kong’s Department of Justice noted “growing pressure and criticism” of Perry in Britain for taking the case, adding in a statement that he had “concerns about such pressures and the exemption of quarantine” and “indicated that the trial should proceed without him”.

British Foreign Secretary Dominic Raab told Sky TV in an interview on Sunday that Perry had handed the Chinese government a “PR coup” and had behaved in a “pretty mercenary way”.

Confirming the details, Hong Kong’s Secretary for Justice Teresa Cheng objected to such comments being aimed at a “very formidable” barrister.

“The fact that such a very high-ranking official has uttered words such as ‘mercenary’ is, with respect, disgraceful to such a reputable counsel,” Cheng said.

Perry could not immediately be reached for comment. A Hong Kong barrister has been hired in his place, Cheng said.

Under Hong Kong’s independent Common Law-based legal system, foreign lawyers are sometimes used by both the defense and prosecution sides in cases.

Lai, 73, owns the Apple Daily – which has a reputation of being fiercely critical of the city government.

The case that Perry was due to lead relates to protests in August 2019, according to broadcaster RTHK, but Lai has also been charged with offenses under the city’s sweeping new national security law, which has sparked foreign condemnation.

He is the highest profile figure to be charged under the law that Beijing imposed on the city on June 30 last year after months of pro-democracy protests in the global financial hub.

The law sets out tough punishment for terrorism, subversion and colluding with foreign forces while allowing some suspects to be taken to mainland China for trial in complex cases.