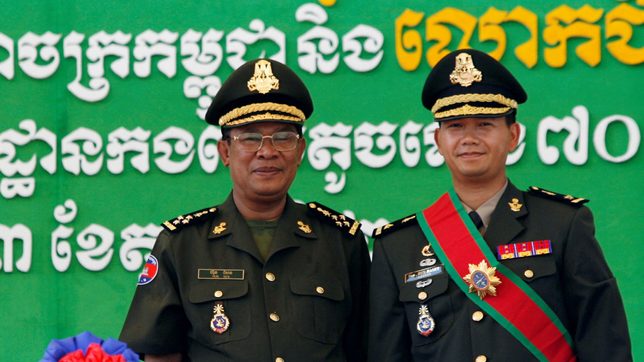 PHNOM PENH, Cambodia – Cambodia’s longtime ruling party voted to endorse Prime Minister Hun Sen’s eldest son as “future prime minister” on Friday, December 24, but did not specify when he might succeed his father, who has been in power for more than three decades.

In one of the world’s longest premierships, Hun Sen, 69, has overseen a period in which political rivals have been jailed or exiled, critical media outlets shuttered, and civil dissent crushed.

His Cambodian People’s Party (CPP) – which holds every seat in parliament – said it had unanimously endorsed his son Hun Manet, a 44-year-old senior military figure, as “the prime minister candidate in the future.”

But party spokesman Sok Eysan told Reuters that Hun Sen will not resign anytime soon and that the timeline for Hun Manet to run for the office has not been set.

The country is next due to hold elections in 2023.

Hun Sen has not clarified if he will run in the next elections but earlier this month said he would support his son as his successor.

His office could not be reached for comment on Friday.

Hun Manet is a deputy commander of the Royal Cambodian Armed Forces (RCAF) and joint chief of staff who graduated from the United States Military Academy at West Point in 1999.

Sam Rainsy, opposition figure living in exile in France, on Friday called the planned succession a “temporary triumph of nepotism.”

“His main objective is the preservation of impunity associated with power for his family,” Sam Rainsy told Reuters via email.

“Whether he will succeed at the 2023 or at the 2028 election, will remain though subject to further horse trading within the party,” he told Reuters. – Rappler.com