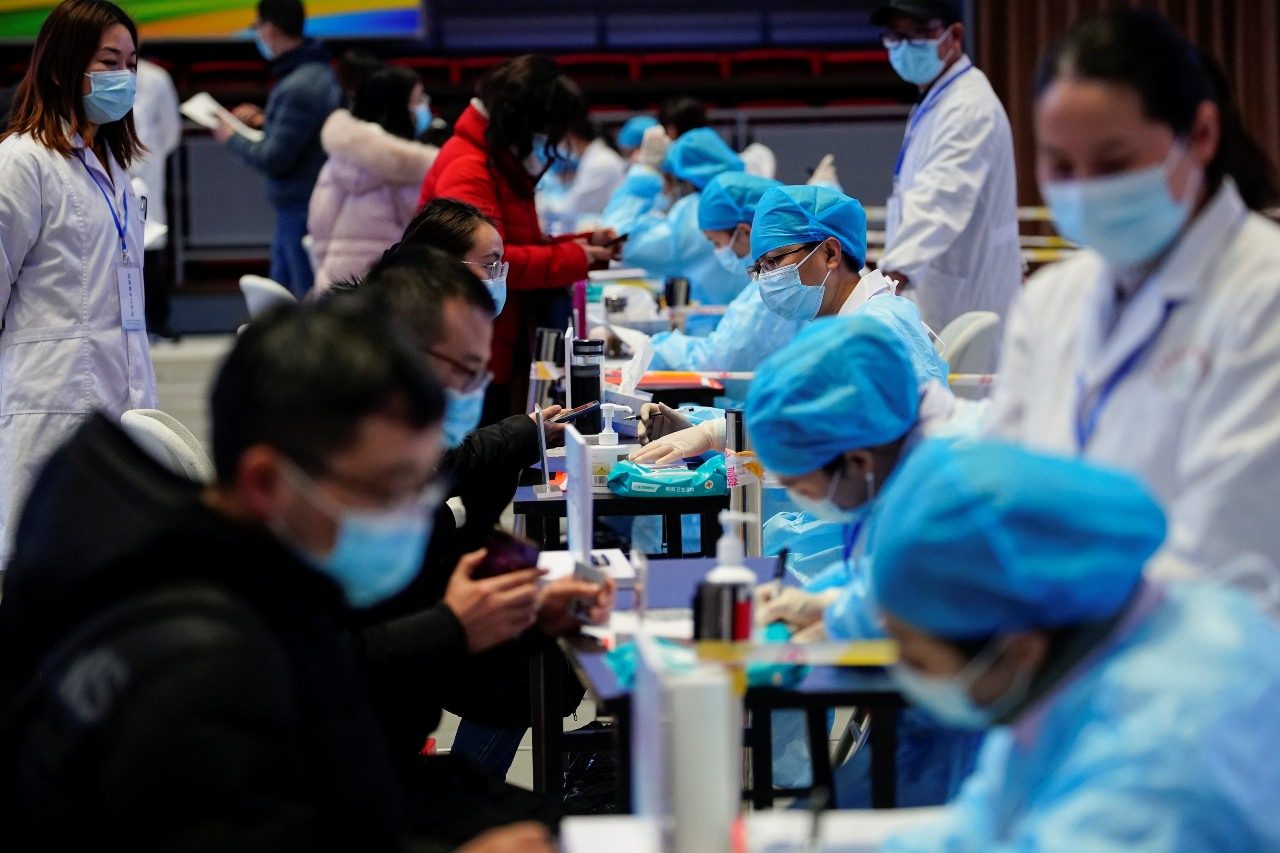 WORST OUTBREAK. People fill forms before receiving a dose of a COVID-19 vaccine at a vaccination site, during a government-organized visit, following the COVID-19 outbreak, in Shanghai, China, on January 19, 2021.

China is battling the worst outbreak of COVID-19 since March 2020, with one province posting a record daily rise in cases, as an independent panel reviewing the global pandemic said China could have done more to curb the initial outbreak.

State-backed tabloid the Global Times on Tuesday, January 19, defended China’s early handling of COVID-19, saying no country had any experience in dealing with the virus.

“Looking back, no country could perform perfectly in facing a novel virus…. No country can guarantee they won’t make mistakes if a similar epidemic occurs again,” it said.

China reported more than 100 new COVID-19 cases for a seventh day on Tuesday. It posted 118 new cases on Monday, January 18, up from 109 a day earlier, the national health authority said in a statement.

Of those, 106 were local infections, with 43 reported in Jilin, a new daily record for the northeastern province, and 35 in Hebei province, which surrounds Beijing, the National Health Commission said.

The Chinese capital itself reported one new case, while Heilongjiang in the north reported 27 new infections.

Tens of millions of people have been in lockdown as some northern cities undergo mass testing amid worries that undetected infections could spread quickly during the Lunar New Year holiday, which is just weeks away.

Hundreds of millions of people travel during the holiday, in mid-February this year, as migrant workers return to their home provinces to see family.

Authorities have appealed to people to avoid travel in the run-up to the holiday and stay away from mass gatherings such as weddings.

The outbreak in Jilin was caused by an infected salesman traveling to and from the neighboring province of Heilongjiang, the site of a previous cluster of infections.

The overall number of new asymptomatic cases, which China does not classify as confirmed infections, fell to 91 from 115 a day earlier.

The total number of confirmed COVID-19 cases in mainland China is 89,454, while the death toll remained unchanged at 4,635.

It also criticized the World Health Organization for not declaring an international emergency until January 30.

“Of course we should strive to do better, as should all other countries such as the United States, Britain, Japan,” Hua said at a regular news briefing on Tuesday, when asked about the review.

A WHO team is currently in Wuhan, the central Chinese city where the disease was first detected in late 2019, to investigate the origins of the pandemic that has killed more than two million people worldwide. – Rappler.com