Shanghai to lock down millions again for mass COVID-19 testing 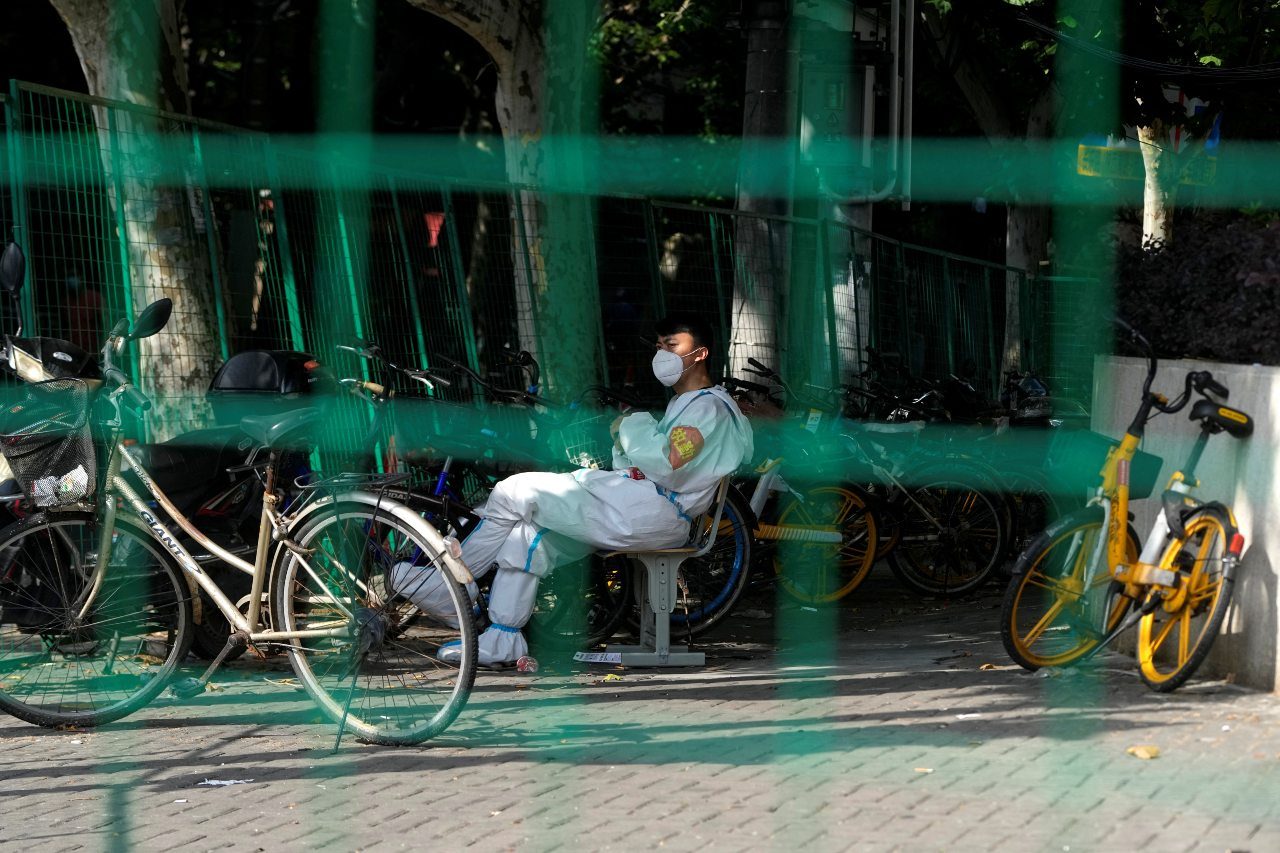 REST. A worker in a protective suit sits at a sealed area, amid new lockdown measures in parts of the city to curb the COVID-19 outbreak in Shanghai, China, on June 9, 2022.

China’s commercial hub of Shanghai will lock down millions of people for mass COVID-19 testing this weekend – just 10 days after lifting its grueling two-month lockdown – unsettling residents and raising concerns about the business impact.

Racing to stop a wider outbreak after discovering a handful of community cases, including a cluster traced to a popular beauty salon, authorities have ordered PCR testing for all residents in 14 of Shanghai’s 16 districts over the weekend.

Five of the districts said residents would not be allowed to leave their homes while the testing was carried out. A notice issued by Changning district described the stay-home requirement as “closed management” of the community being sampled.

The latest scare triggered a rush to grocery stores and online platforms to stock up on food, as users of China’s Twitter-like Weibo expressed fear they could be locked down for longer, having only started going back to work after the last lockdown was lifted on June 1.

Some areas had remained sealed off or quickly returned to lockdown due to infections and their close contacts.

“The residential compound next to mine has already been locked down,” said Zhang Jian, a 34 year old real estate agent.

“If there is a mass testing and there is another positive case in the compound, it will have a serious impact on our lives.”

While China’s infection rate is low by global standards, President Xi Jinping has doubled down on a zero-COVID policy that authorities say is needed to protect the elderly and the medical system, even as other countries try to live with the virus.

Mainland China reported 151 new coronavirus cases for June 9, of which 45 were symptomatic and 106 were asymptomatic, the National Health Commission said on Friday, June 10.

The latest round of mass testing comes on top of already onerous testing requirements that Shanghai introduced for its 25 million residents after easing its earlier lockdown.

Residents must prove that they have been tested within the last 72 hours to enter areas like malls and offices – or even to use subways and buses. Many have become frustrated by the prospect of queuing for hours to be tested.

Meanwhile, Beijing on Thursday, June 9, shut entertainment and internet venues in two of the capital’s largest districts after tracing cases to a few bars.

At risk of 1 positive case

Shanghai’s earlier lockdown fueled widespread frustration, anger and even rare protests among its residents, many of whom grappled with lost income, the loss of freedom, the death of friends and relatives, and even hunger.

Travel into China remains severely curtailed, with most international flights canceled for the past two years and lengthy quarantines for those who manage to arrive.

The European Chamber of Commerce said Shanghai offices belonging to its members were only operating at 30-50% capacity while factories were running at above 80%.

“We are at the mercy of mass testing. Factories will have to shut down even if only one positive case is detected,” said Bettina Schoen-Behanzin, vice president of the European Chamber, adding that European companies were becoming more cautious and rethinking future investments in China. – Rappler.com