China defends its COVID-19 response after WHO, Biden concerns 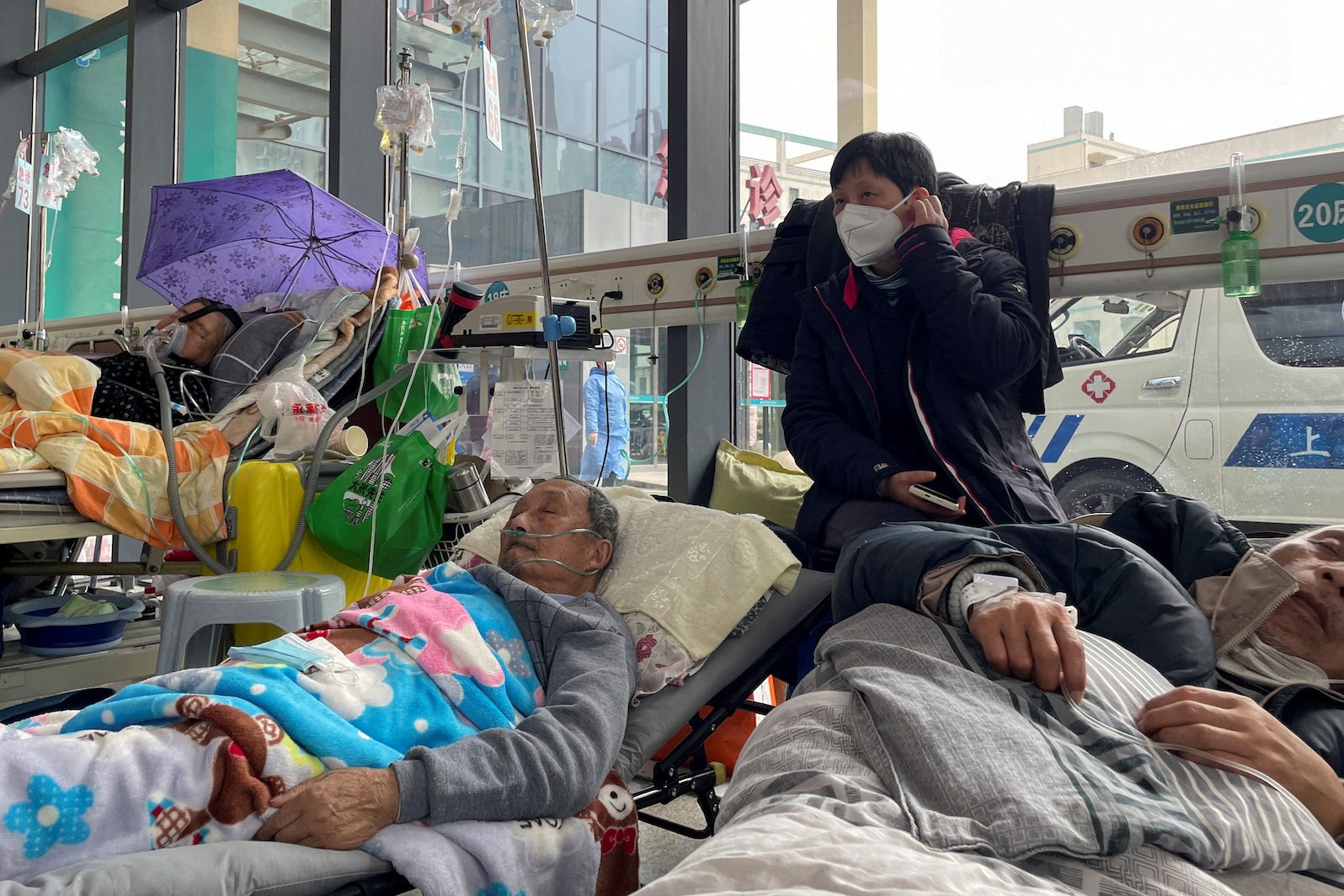 Patients lie on beds in the emergency department of a hospital, amid the coronavirus disease (COVID-19) outbreak in Shanghai, China, January 5, 2023.

China defended on Thursday, January 5, its handling of its raging COVID-19 outbreak after US President Joe Biden voiced concern and the World Health Organization (WHO) said Beijing was under-reporting virus deaths.

The WHO’s emergencies director, Mike Ryan, said on Wednesday that Chinese officials were under-representing data on several fronts, some of the UN agency’s most critical remarks to date.

China scrapped its stringent COVID-19 controls last month after protests against them, abandoning a policy that had shielded its 1.4 billion population from the virus for three years.

China’s foreign ministry spokesperson Mao Ning told a regular media briefing in Beijing that China had transparently and quickly shared COVID data with the WHO and said China’s “epidemic situation is controllable”.

“Facts have proved that China has always, in accordance with the principles of legality, timeliness, openness and transparency, maintained close communication and shared relevant information and data with the WHO in a timely manner,” Mao said.

China reported one new COVID death in the mainland for Wednesday, compared with five a day earlier, bringing its official death toll to 5,259.

Hours later, US President Joe Biden raised concern about China’s handling of a COVID outbreak that is filling hospitals and overwhelming some funeral homes.

“They’re very sensitive … when we suggest they haven’t been that forthcoming,” Biden told reporters.

The United States is one of more than a dozen countries that have imposed restrictions on travelers from China. Germany announced tighter rules on Thursday.

China, which criticized such border controls, said its border with its special administrative region of Hong Kong would reopen on Sunday, for the first time in three years.

Millions of people will travel within China later this month for the Lunar New Year holiday, an event that the WHO has said could generate another wave of infections without higher vaccination rates and other precautions.

China has played down the severity of the situation. The state-run Global Times wrote on Wednesday that COVID had peaked in Beijing and several cities, citing interviews with doctors.

But at a hospital in Shanghai’s suburban Qingpu district, patients on beds lined the corridors of the emergency treatment area and main lobby on Thursday, most of them elderly and several breathing with oxygen tanks, a Reuters witness said.

A notice board advised that patients would have to wait an average of five hours to be seen.

Staff declared one elderly patient dead and pinned a note to the body on the floor with cause of death “respiratory failure”.

Police patrolled outside a nearby crematorium, where mourners carried wreathes and waited to collect ashes of loved ones.

With one of the lowest official COVID death tolls in the world, China has been routinely accused of under-reporting for political reasons.

In December, the WHO said it had received no data from China on new COVID hospitalizations since Beijing’s policy U-turn.

In its latest weekly report, the WHO said China reported 218,019 new weekly COVID cases as of January 1, adding that gaps in data might be due to authorities struggling to tally cases.

Methods for counting COVID deaths have varied across countries since the pandemic erupted in the Chinese city of Wuhan in late 2019.

Chinese health officials have said only deaths caused by pneumonia and respiratory failure in patients who had the virus are classified as COVID deaths.

British-based health data firm Airfinity has estimated about 9,000 people in China are probably dying each day from COVID.

But investors expect China’s dismantling of COVID controls will revive growth that has slid to its lowest rate in nearly half a century, hopes that lifted Asian equity markets on Thursday.

“China reopening has a big impact … worldwide,” said Joanne Goh, an investment strategist at DBS Bank in Singapore, saying it would spur tourism and consumption and ease supply-chain crunches.

An end to China’s travel curbs this month is expected to revive demand in the global luxury retail market, but many consumers now see more reasons to do their high-end shopping locally. – Rappler.com