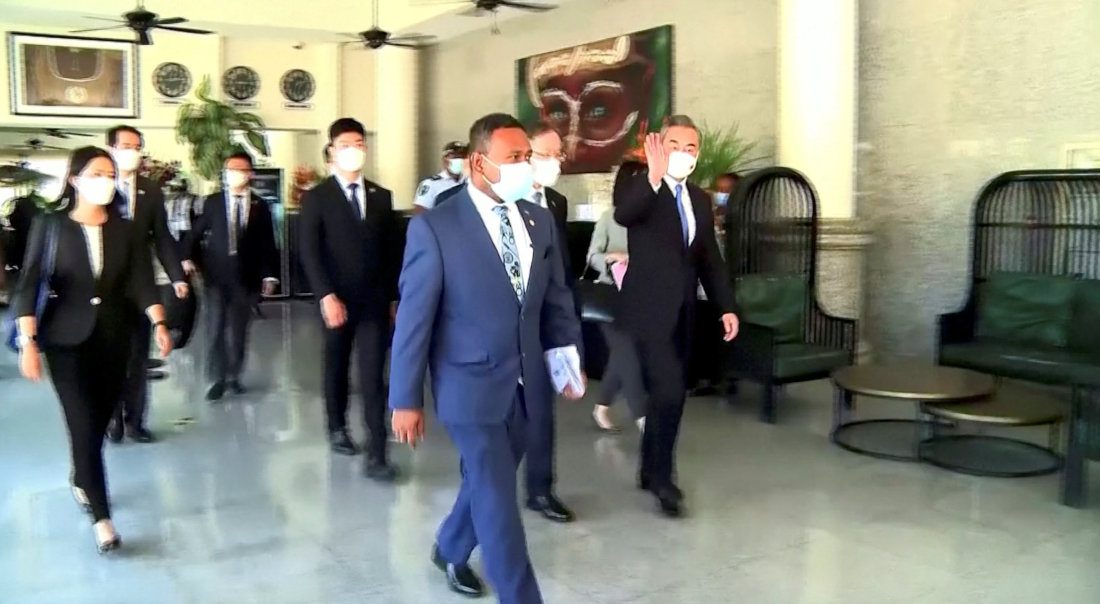 China Foreign Minister Wang Yi met with counterparts from 10 Pacific island nations in Fiji on Monday, May 30, midway through a diplomatic tour of the region where China’s ambitions for wider security ties has caused concern among US allies.

In a written address to the meeting, China’s President Xi Jinping said China will always be a good friend of Pacific Island countries no matter how the international situation changes, China’s state-owned CCTV reported.

A draft communique and five-year action plan sent by China to the invited nations, which include Samoa, Tonga, Kiribati, Papua New Guinea, Vanuatu, Solomon Islands, Niue and Vanuatu ahead of the meeting, showed China was seeking a sweeping regional trade and security agreement.

But the draft communique, first reported by Reuters, prompted opposition from at least one of the invited nations, Federated States of Micronesia, according to a letter leaked last week.

Several invited nations want to defer action on the draft communique or have it amended, an official from one Pacific country told Reuters.

With borders closed across the region because of the COVID-19 pandemic, most foreign ministers are attending the Fiji meeting by video link. In several Pacific countries, the foreign minister is also prime minister.

Some Pacific islands have in recent days signed on to some of the individual security components that China is seeking in the regional agreement, statements released by the governments and China show.

In Samoa, an agreement was struck for a police fingerprint laboratory to complement a China-funded police training academy, Samoa said in a statement.

An official in Kiribati, however, told Reuters it was not keen on a security deal and wanted to focus on economic ties.

Wang will travel to the South Pacific kingdom of Tonga for a two-day visit on Tuesday.

The United States, Australia, Japan and New Zealand have expressed concern at a security pact signed by Solomon Islands with China last month, saying it had regional consequences and could lead to a Chinese military presence close to Australia.

The new Australian government of Prime Minister Anthony Albanese has made the Pacific islands an early foreign policy priority to counter Beijing’s push, dispatching the foreign minister to Fiji with the message Australia would put new priority on the region’s biggest security challenge of climate change and announcing a new visa program to allow Pacific island citizens to migrate.

In Honiara last week, Wang condemned interference in the deal and said the Solomon Islands’ relationship with China was a model for other Pacific island nations.  – Rappler.com