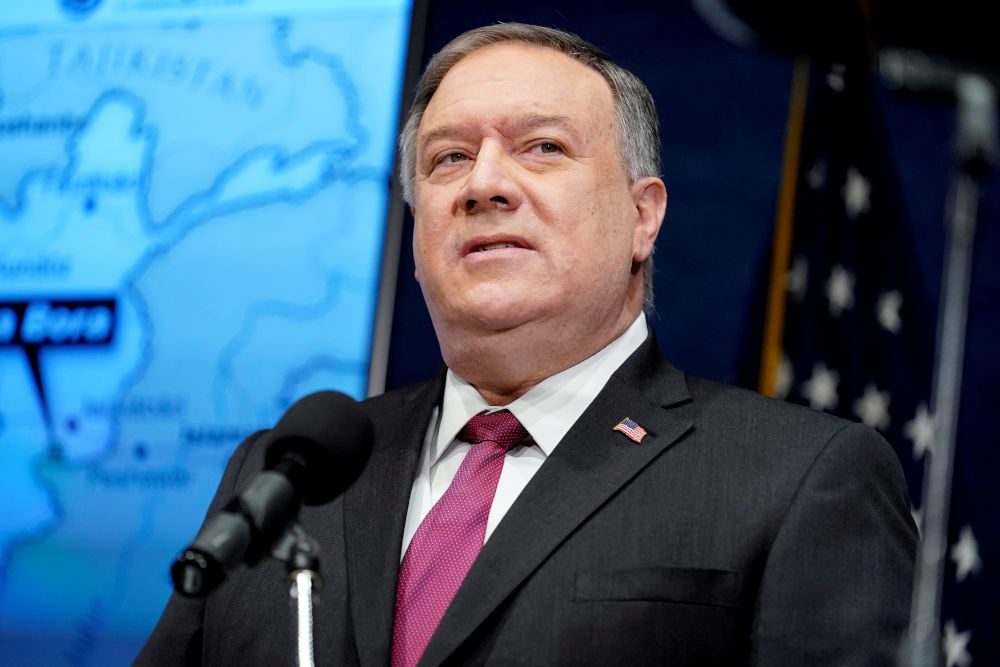 Facebook Twitter Copy URL
Copied
The ex-officials and immediate family members would be banned from entering China, Hong Kong, or Macao, and companies associated with them are restricted from doing business with China

China said on Wednesday, January 20, it wanted to cooperate with President Joe Biden’s new U.S. administration, while announcing sanctions against “lying and cheating” outgoing Secretary of State Mike Pompeo and 27 other top officials under Donald Trump.

The move was a sign of China’s anger, especially at an accusation Pompeo made on his final full day in office that China had committed genocide against its Uighur Muslims, an assessment that Biden’s choice to succeed Pompeo, Anthony Blinken, said he shared.

In a striking repudiation of its relationship with Washington under Trump, the Chinese foreign ministry announced the sanctions in a statement that appeared on its website around the time that Biden was taking the presidential oath.

Pompeo and the others had “planned, promoted and executed a series of crazy moves, gravely interfered in China’s internal affairs, undermined China’s interests, offended the Chinese people, and seriously disrupted China-US relations,” it said.

The 28 ex-officials and immediate family members would be banned from entering mainland China, Hong Kong or Macao, and companies and institutions associated with them restricted from doing business with China.

China has imposed sanctions on U.S. lawmakers in the past year, but targeting so many former and outgoing U.S. officials on inauguration day was an unusual expression of disdain.

Pompeo, who unleashed a barrage of measures against China in his final weeks in office, announced that on Tuesday that the Trump administration had determined that China had committed “genocide and crimes against humanity” against Uighur Muslims.

Blinken said on Tuesday he agreed with Pompeo’s genocide assessment.

“The forcing of men, women and children into concentration camps; trying to, in effect, re-educate them to be adherents to the ideology of the Chinese Communist Party, all of that speaks to an effort to commit genocide,” Blinken said.

China has repeatedly rejected accusations of abuse in its western Xinjiang region, where a United Nations panel has said at least 1 million Uighurs and other Muslims had been detained in camps.

Responding to the Xinjiang allegations, Chinese foreign ministry spokeswoman Hua Chunying told a media briefing on Wednesday: “Pompeo has made so many lies in recent years, and this is just another bold-faced lie.”

“This U.S. politician is notorious for lying and cheating, is making himself a laughing stock and a clown,” she said.

Hua said China hoped “the new administration will work together with China in the spirit of mutual respect, properly handle differences and conduct more win-win cooperation in more sectors.”

“We hope the new U.S. administration can have their own reasonable and cool-minded judgment on Xinjiang issues, among other issues.”  – Rappler.com