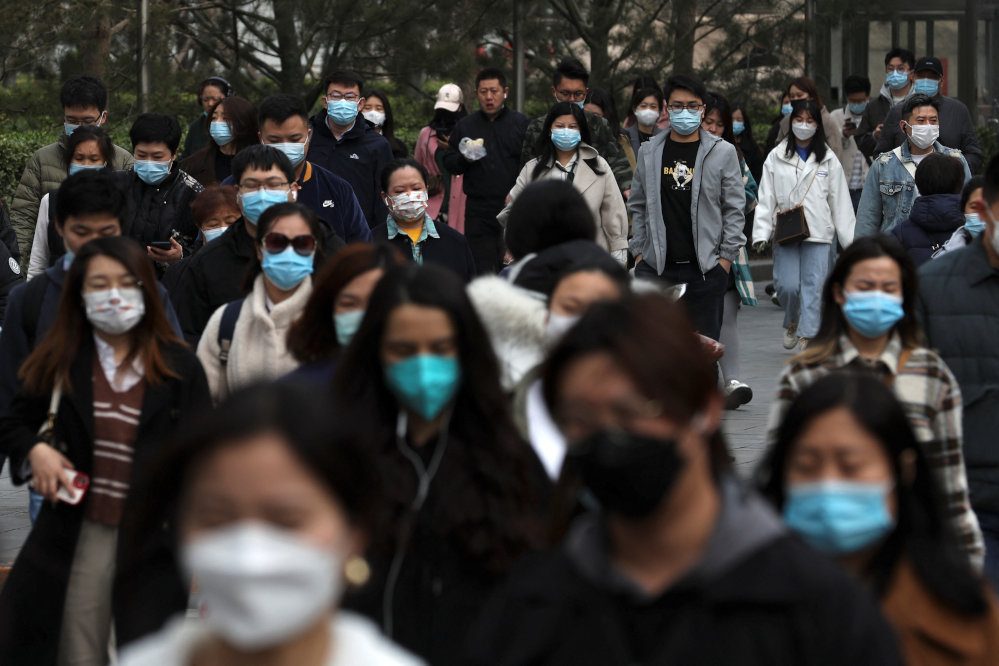 Facebook Twitter Copy URL
Copied
The numbers remain fewer than those in many outbreaks outside the country, as authorities across China continue to implement emergency measures to contain new outbreaks

Cases fell by nearly half compared to a total of 3,507 domestically transmitted cases with confirmed symptoms a day earlier. The numbers remain fewer than those in many outbreaks outside the country, as authorities across China continued to implement emergency measures to contain new outbreaks.

Jilin, the location of China’s biggest outbreak since the one that originated from Wuhan was contained in early 2020, saw 1,456 new symptomatic local transmissions on Wednesday, compared with 3,076 a day earlier, according to data from the National Health Commission (NHC).

On Tuesday, the number of new asymptomatic cases, which China does not classify as confirmed cases, stood at 1,338 compared with 1,768 a day earlier.

As of March 15, mainland China had recorded 122,456 cases with confirmed symptoms, including both local ones and those arriving from abroad. There were no new deaths, leaving the death toll unchanged at 4,636. – Rappler.com