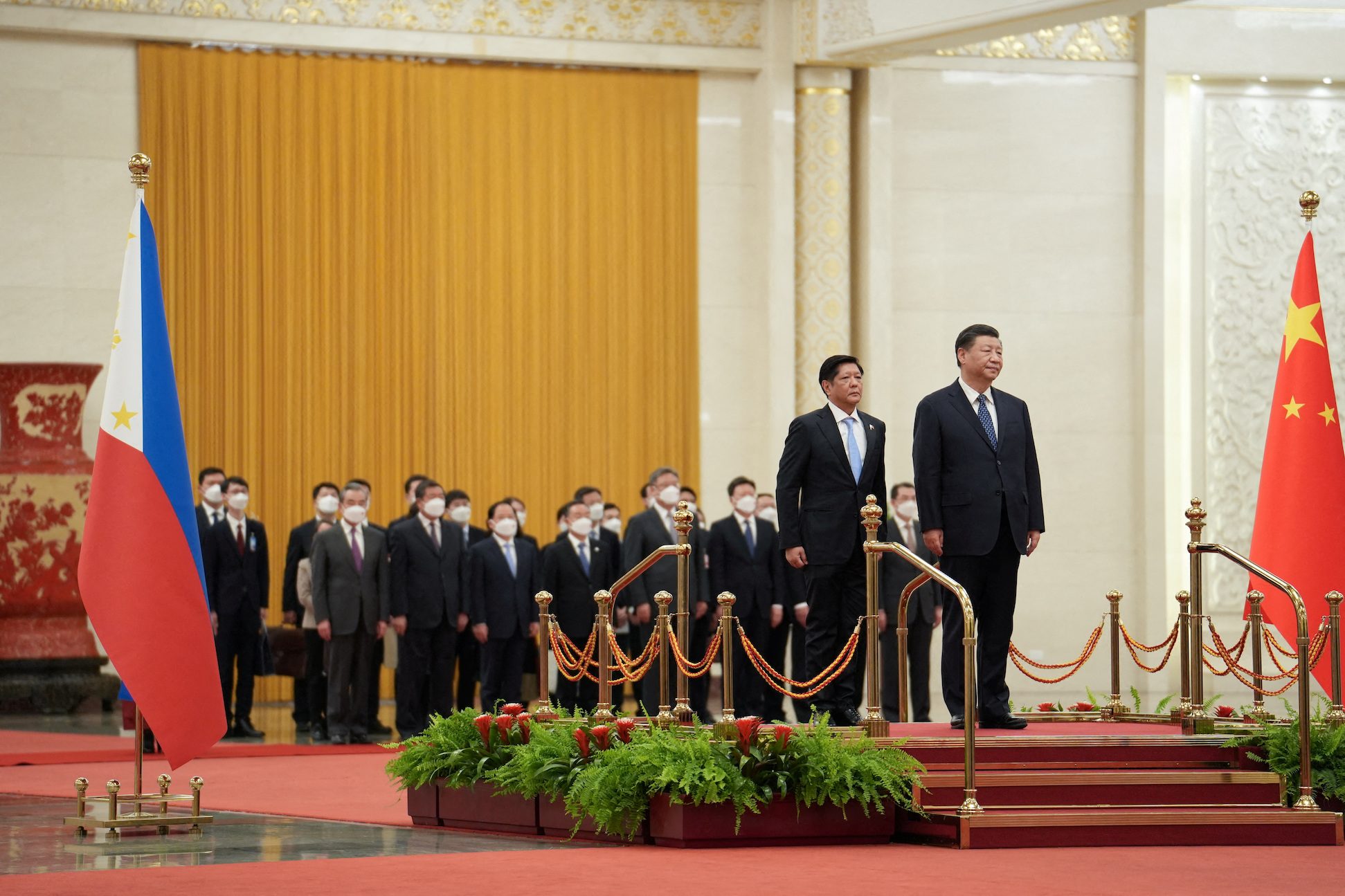 China and the Philippines said in a joint statement on Thursday, January 5, they have agreed to set up a direct communications channel between their foreign ministries on the South China Sea to handle disputes peacefully.

The joint statement, which contained 14 agreements aimed at cooling security tensions and boosting economic cooperation, comes as both sides strive to mend a relationship hurt after the Philippines sought a 2016 arbitral ruling that invalidated China’s expansive claims in the South China Sea.

The Philippines has previously raised concerns over reported Chinese construction activities and the “swarming” of Beijing’s vessels in disputed waters of the South China Sea, an area rich in oil, gas and fishery resources.

In the joint statement issued after Philippine President Ferdinand Marcos Jr met Chinese President Xi Jinping in Beijing on Wednesday, both leaders reaffirmed that their countries would respect each other’s sovereignty and territorial integrity.

Both sides also agreed to resume talks on oil and gas exploration in the South China Sea and discuss cooperation on areas including solar, wind, electric vehicles and nuclear power. 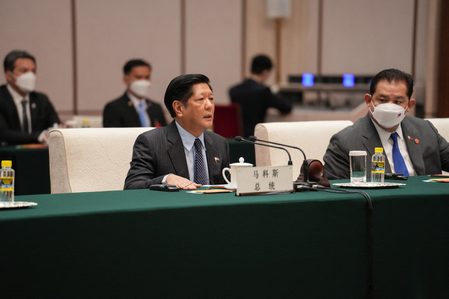 Coast guards from China and the Philippines would also meet “as soon as possible” to discuss “pragmatic cooperation.”

Both countries would consider informing each other when firing rockets and cooperate on the retrieval of rocket debris, the statement said.

Last November, when debris from a Chinese rocket fell in the South China Sea, a Chinese coast guard ship had stopped a Philippine boat from trying to tow it away.

Both countries reaffirmed the importance of maintaining peace and stability as well as freedom of navigation and overflight in the South China Sea, and will hold an annual dialogue on security, the statement said.

On the economic cooperation front, China agreed to let in more Philippine imports, with the aim for bilateral trade to revert to or surpass pre-pandemic volume. Both sides also promised to boost tourist numbers and flights between both capitals to pre-pandemic level.

The joint statement also said that both sides will cooperate on vaccine procurement. China is among the world’s top exporters of COVID-19 vaccines.

Marcos’s three day visit to Beijing comes as China re-emerges from a self-imposed border shut-down since the pandemic started in 2020 which has disrupted trade and hurt its economy.

Chinese investors have committed $22.8 billion in investment pledges following a business meeting with Marcos, the Philippines’ press secretary said in a statement.

Investment pledges include $13.76 billion for renewable energy, mainly in solar and wind, $7.3 billion for strategic monitoring including electric vehicles and mineral processing, and $1.7 billion for agribusiness.

“I assure you that our government is committed to support your business activities in the country,” Marcos told Chinese business executives ahead of his return to Manila. – Rappler.com