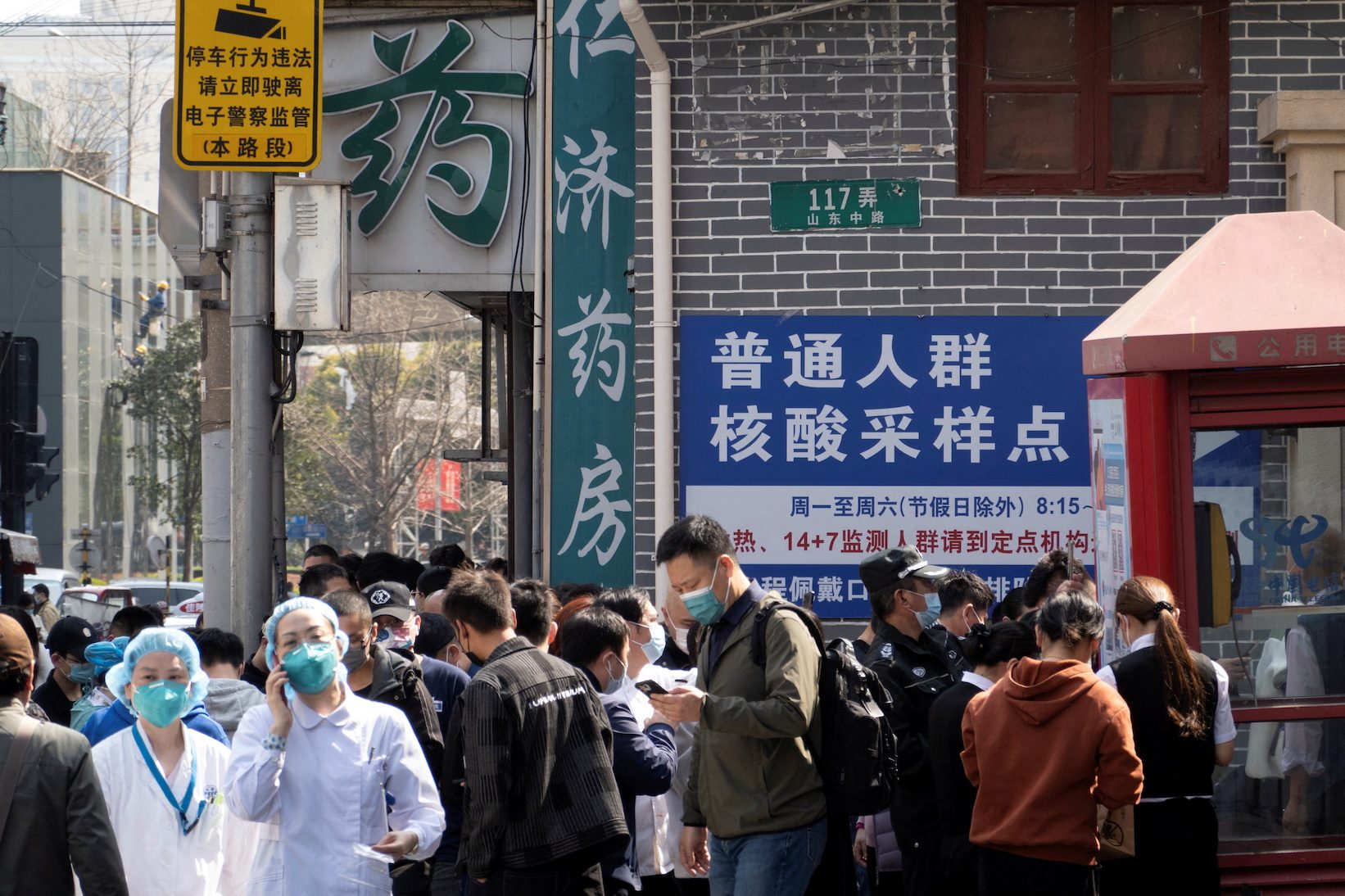 FILE PHOTO: Residents line up outside a nucleic acid testing site of a hospital, following cases of the coronavirus disease (COVID-19), in Shanghai, China March 11, 2022. China Daily via REUTERS/File Photo

Facebook Twitter Copy URL
Copied
Mainland China reports 1,337 new domestically transmitted COVID-19 cases with confirmed symptoms, the National Health Commission. That brought the total this year to more than 9,000, compared with 8,378 in 2021, according to Reuters calculations.

BEIJING, China – China has reported more local symptomatic COVID-19 cases so far this year than it recorded in all of 2021, as the highly transmissible Omicron variant triggers outbreaks from Shanghai to Shenzhen.

Mainland China reported 1,337 new domestically transmitted COVID cases with confirmed symptoms on March 13, the National Health Commission (NHC) said on Monday, March 14. That brought the total this year to more than 9,000, compared with 8,378 in 2021, according to Reuters calculations.

In the past week, new COVID cases have been reported in Beijing and the financial hub of Shanghai – China’s most populous cities – as well as in the provinces of Guangdong, Jiangsu, Shandong and Zhejiang along the coast.

While the number of infections is small compared with caseloads elsewhere in the world, the rapid rate of increase has activated China’s dynamic zero COVID policy, which mandates that infections are quickly identified and contained.

“The long-distance bus station has been closed, and nucleic acid tests are required when traveling to other provinces,” said Loyd Ge, 34, a Shanghai resident.

“But even with these counter-measures, we still encountered a new outbreak in Shanghai, which means control measures will be further strengthened. We should be prepared for a city-wide lockdown.”

Further south in the city of Shenzhen, China’s Silicon Valley, officials have temporarily suspended public transport and urged people to work from home as they carry out city-wide testing this week following the surge in new cases.

Apple suppliers Foxconn and Unimicron Technology Corp both suspended operations in the southern city on Monday. Foxconn, formally known as Hon Hai Precision Industry Co, said operations would be suspended until further notice, adding it would deploy backup plants to reduce the disruption to production.

In the northeastern city of Changchun, currently under lockdown, Toyota suspended production at its joint venture with China’s FAW Group.

“China’s economy could be severely hit again,” said Nomura in a note, adding that the COVID situation in China had deteriorated at an “alarming” pace over the past week.

“The outbreak has now reached almost every part of China with significant economic importance,” Nomura said.

Including cases arriving from outside the mainland, China reported 1,437 new confirmed COVID cases on March 13, the NHC said, compared with 1,938 a day earlier. 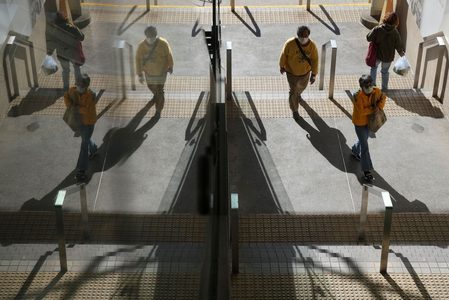 There were 906 new asymptomatic cases, which China does not classify as confirmed cases, compared with 1,455 a day earlier.

There were no new deaths, leaving the death toll unchanged at 4,636.

As of March 13, mainland China had reported 116,902 cases with confirmed symptoms, including both local and imported ones. – Rappler.com