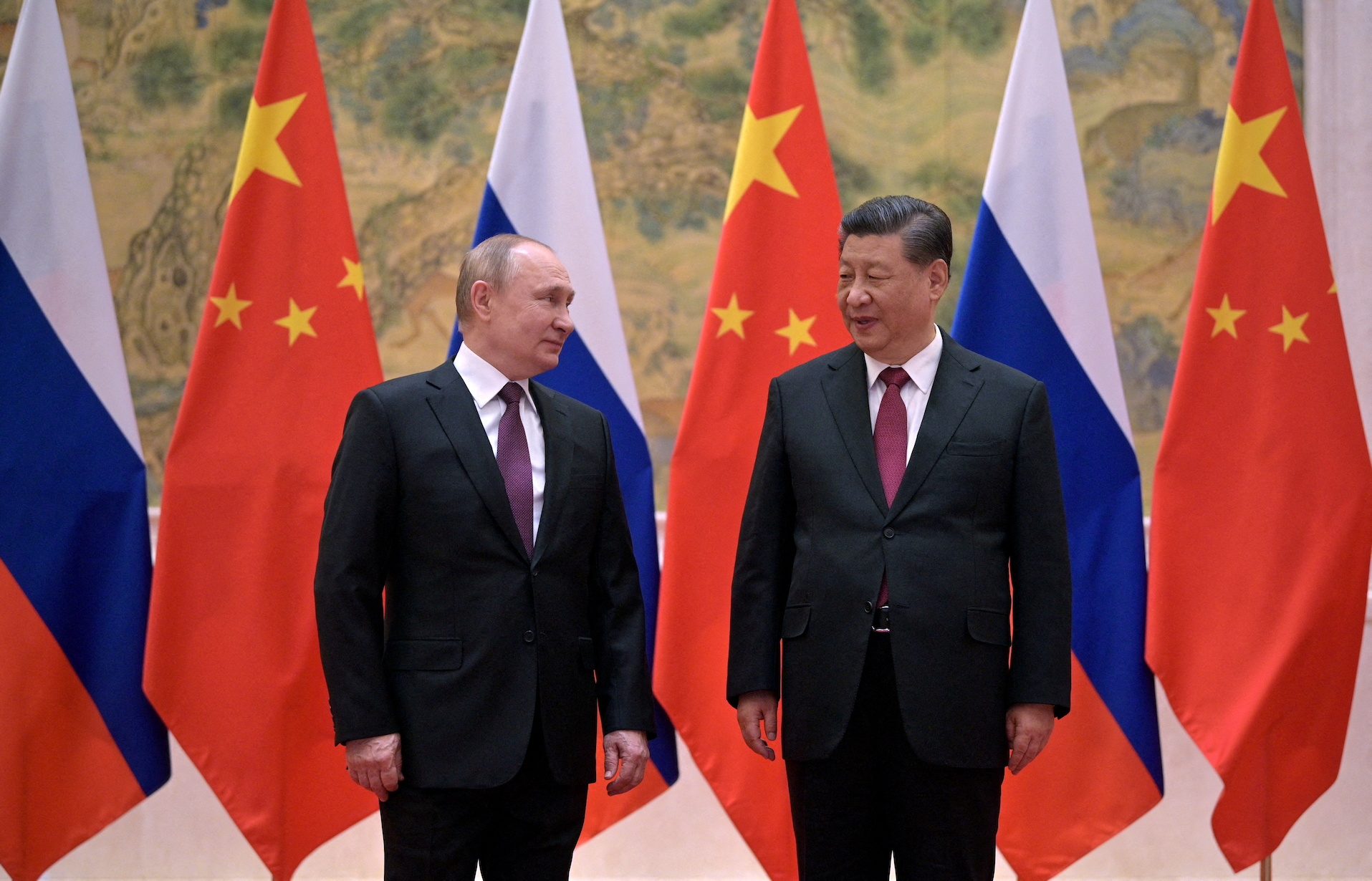 BEIJING, China – China rejected calling Russia’s moves on Ukraine an “invasion” and urged all sides to exercise restraint, even as it advised its citizens there to stay home or at least take the precaution of displaying a Chinese flag if they needed to drive anywhere.

Russian forces on Thursday, February 24, fired missiles at several cities in Ukraine and landed troops on its coast, officials and media said, after President Vladimir Putin authorized what he called a special military operation in the east.

“China is closely monitoring the latest situation. We call on all sides to exercise restraint to prevent the situation from getting out of control,” said Hua Chunying, spokesperson at China’s foreign ministry.

At a packed daily media briefing in Beijing, Hua bridled at journalists’ characterization of Russia’s actions.

“This is perhaps a difference between China and you Westerners. We won’t go rushing to a conclusion,” she said.

“Regarding the definition of an invasion, I think we should go back to how to view the current situation in Ukraine. The Ukrainian issue has other very complicated historical background that have continued to today. It may not be what everyone wants to see.”

Russia’s attack on Ukraine comes weeks after Russian President Vladimir Putin met with his Chinese counterpart Xi
Jinping just before the Winter Olympics in Beijing. The two sides announced a strategic partnership aimed at countering US influence, and said they would have “no ‘forbidden’ areas of cooperation”.

The Games ended on Sunday.

Xi and Putin have developed a close partnership over the years, but Russia’s actions in Ukraine put China, which has an oft-stated foreign policy principle of non-interference, in an awkward position, experts say.

Asked if Putin had told China that he was planning to invade Ukraine, Hua said Russia, as an independent power, did not need to seek the consent of China.

“It independently decides and implements its own diplomacy and strategy according to its own strategic judgment and interests,” she said.

“And I would also like to add that every time the heads of state meet, they will of course exchange views on issues of common concern.”

China has been expected to back Russia diplomatically and perhaps economically in the event of an invasion of Ukraine, but not militarily. Hua, in response to a question on Thursday, said China had not provided Russia with any military support.

US President Joe Biden promised “severe sanctions” in response to Russia’s attack, and said he would meet with other Group of Seven leaders to discuss the matter.

“Some countries have been following the US in fanning the flame,” Hua said. “We object any action that hypes up war.”

She also called on Europe to reflect on how it can better protect its peace.

“At the current stage, we should consider whether we’ve done enough in mediation,” Hua said, referring to Europe.

China’s embassy in Kyiv warned that the situation in Ukraine has deteriorated sharply and security risks have risen, with social order potentially descending into chaos.

“The Chinese flag can be affixed to an obvious place on the body of the vehicle,” the embassy said in advice to any
nationals who decide to venture out.

During Lebanon’s military conflict with Israel in 2006, Chinese diplomatic personnel and their families evacuating the embassy in Beirut had draped their vehicles with the Chinese national flag to avoid being randomly targeted.

China has so far stopped short of telling its citizens to consider leaving Ukraine. A security advisory issued by the
embassy earlier this week had warned Chinese nationals to stock up on daily necessities such as food and water. – Rappler.com