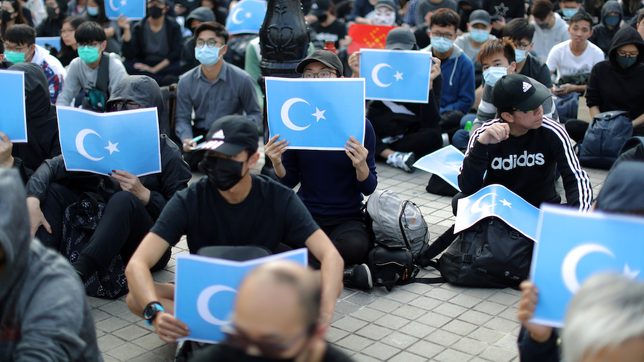 Facebook Twitter Copy URL
Copied
(UPDATED) 'China...warns the UK side not to go further down the wrong path,' the Chinese ministry says

China imposed sanctions on nine Britons including lawmakers in the governing Conservative party for spreading what it said were “lies and disinformation” about alleged human rights abuses in Xinjiang, prompting a sharp rebuke from London.

Relations between China and the West are souring fast, particularly as Beijing pushes back hard against sanctions imposed by the United States, European Union, Britain and Canada for what they say are rights violations against Uighur Muslims in Xinjiang.

Targeted individuals and their immediate family members are prohibited from entering Chinese territory, the Chinese foreign ministry said, adding that Chinese citizens and institutions will be prohibited from doing business with them.

Britain condemned the move as an attempt by Beijing to stifle criticism, with Prime Minister Boris Johnson saying he stood in solidarity with those affected and foreign minister Dominic Raab saying he would summon China’s ambassador in London.

Those sanctioned “are performing a vital role shining a light on the gross human rights violations being perpetrated against Uyghur Muslims,” Johnson wrote on Twitter. 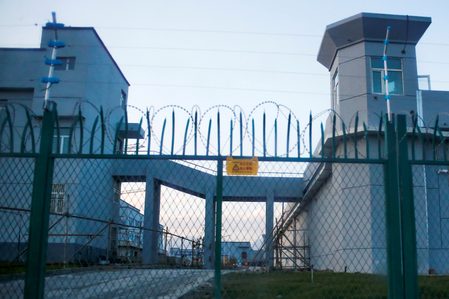 Lawmaker Duncan Smith said he wore the sanctions as a “badge of honor.”

This month Britain published a review of foreign policy which set out its ambitions to gain more influence in the Indo-Pacific region as a way to moderate China’s growing global power, but acknowledged that it must work with Beijing on trade and global issues like climate change.

British luxury fashion brand Burberry has in recent days been hit by a Chinese backlash over Western accusations of abuses in Xinjiang.

“China is firmly determined to safeguard its national sovereignty, security and development interests, and warns the UK side not to go further down the wrong path,” the Chinese ministry said. “Otherwise, China will resolutely make further reactions.”

London and Beijing have been trading angry words over a range of issues including China’s reforms in former British colony Hong Kong and China’s trade policy.

Activists and UN rights experts say at least a million Muslims have been detained in camps in Xinjiang. The activists and some Western politicians accuse China of using torture, forced labor and sterilizations. 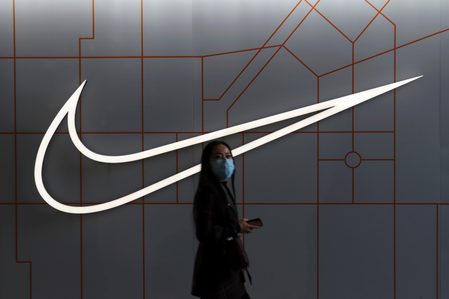 China has repeatedly denied all accusations of abuse and says its camps offer vocational training and are needed to fight extremism.

“It seems I am to be sanctioned by the PRC (Chinese) government for speaking the truth about the #Uyghur tragedy in #Xinjiang, and for having a conscience,” Jo Smith Finley, a Uighur expert at Newcastle University, said on Twitter.

“Well, so be it. I have no regrets for speaking out, and I will not be silenced.” – Rappler.com