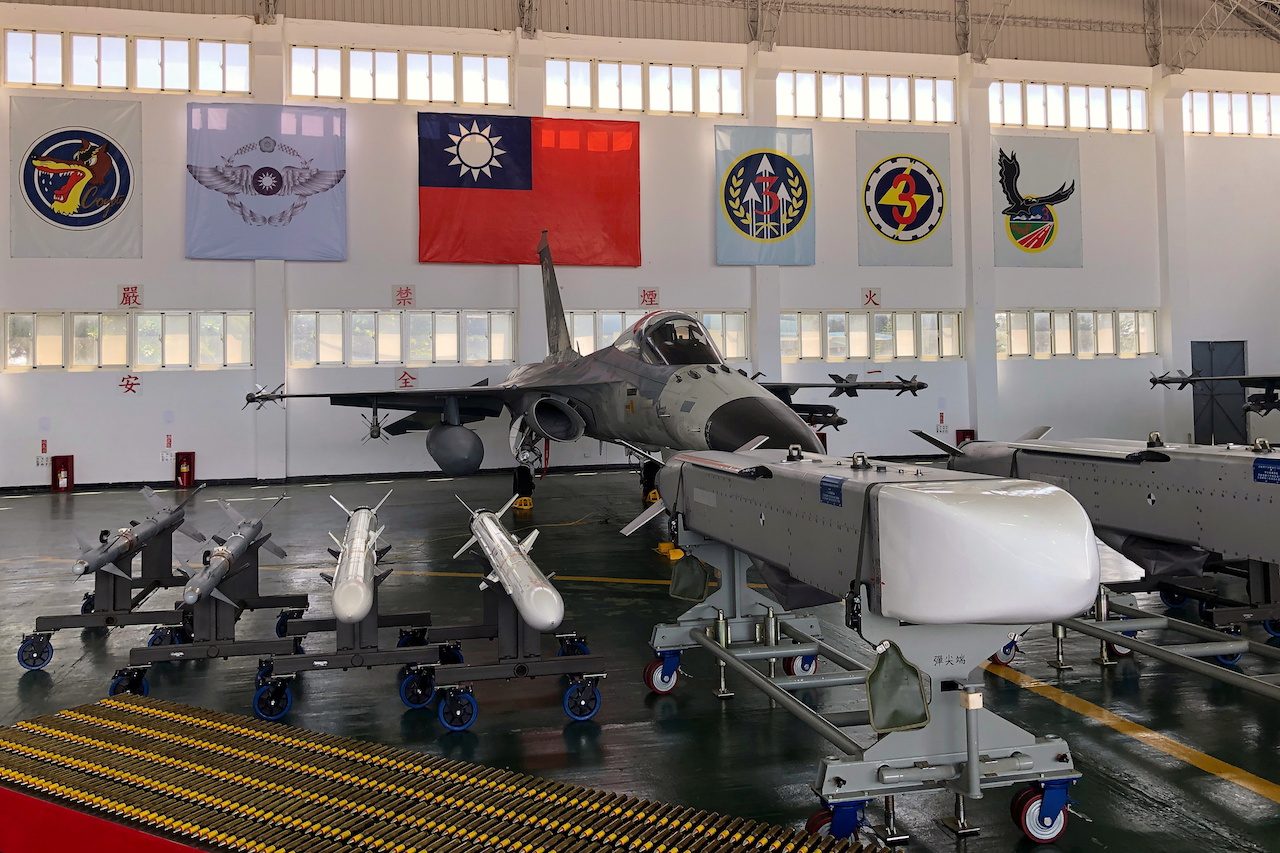 Facebook Twitter Copy URL
Copied
Before the decade is out, Asia will be bristling with conventional missiles that fly farther and faster, hit harder, and are more sophisticated than ever before

Asia is sliding into a dangerous arms race as smaller nations that once stayed on the sidelines build arsenals of advanced long-range missiles, following in the footsteps of powerhouses China and the United States, analysts say.

China is mass producing its DF-26 – a multipurpose weapon with a range of up to 4,000 kilometers – while the United States is developing new weapons aimed at countering Beijing in the Pacific.

Other countries in the region are buying or developing their own new missiles, driven by security concerns over China and a desire to reduce their reliance on the United States.

Before the decade is out, Asia will be bristling with conventional missiles that fly farther and faster, hit harder, and are more sophisticated than ever before – a stark and dangerous change from recent years, analysts, diplomats, and military officials say.

“The missile landscape is changing in Asia, and it’s changing fast,” said David Santoro, president of the Pacific Forum.

Such weapons are increasingly affordable and accurate, and as some countries acquire them, their neighbors don’t want to be left behind, analysts said. Missiles provide strategic benefits such as deterring enemies and boosting leverage with allies, and can be a lucrative export.

The long-term implications are uncertain, and there is a slim chance that the new weapons could balance tensions and help maintain peace, Santoro said.

“More likely is that missile proliferation will fuel suspicions, trigger arms races, increase tensions, and ultimately cause crises and even wars,” he said.

According to unreleased 2021 military briefing documents reviewed by Reuters, US Indo-Pacific Command (INDOPACOM) plans to deploy its new long-range weapons in “highly survivable, precision-strike networks along the First Island Chain,” which includes Japan, Taiwan, and other Pacific islands ringing the east coasts of China and Russia.

The new weapons include the Long-range Hypersonic Weapon (LRHW), a missile that can deliver a highly maneuverable warhead at more than five times the speed of sound to targets more than 2,775 kilometers (1,724 miles) away.

An INDOPACOM spokesman told Reuters that no decisions had been made as to where to deploy these weapons. So far, most American allies in the region have been hesitant to commit to hosting them. If based in Guam, a US territory, the LRHW would be unable to hit mainland China.

Japan, home to more than 54,000 US troops, could host some of the new missile batteries on its Okinawan islands, but the United States would probably have to withdraw other forces, a source familiar with Japanese government thinking said, speaking anonymously because of the sensitivity of the issue.

Allowing in American missiles – which the US military will control – will also most likely bring an angry response from China, analysts said.

Some of America’s allies are developing their own arsenals. Australia recently announced it would spend $100 billion over 20 years developing advanced missiles.

“COVID and China have shown that depending on such extended global supply chains in times of crisis for key items – and in war, that includes advanced missiles – is a mistake, so it is sensible strategic thinking to have production capacity in Australia,” said Michael Shoebridge of the Australian Strategic Policy Institute.

Japan has spent millions on long range air-launched weapons, and is developing a new version of a truck-mounted anti-ship missile, the Type 12, with an expected range of 1,000 kilometers.

Among US allies, South Korea fields the most robust domestic ballistic missile program, which got a boost from a recent agreement with Washington to drop bilateral limits on its capabilities. Its Hyunmoo-4 has an 800-kilometer range, giving it a reach well inside China.

“When the US allies’ conventional long-range-strike capabilities grow, the chances of their employment in the event of a regional conflict also increase,” Zhao Tong, a strategic security expert in Beijing, wrote in a recent report.

Despite the concerns, Washington “will continue to encourage its allies and partners to invest in defense capabilities that are compatible with coordinated operations,” US Representative Mike Rogers, ranking member of the House Armed Services Committee, told Reuters.

Taiwan has not publicly announced a ballistic missile program, but in December the US State Department approved its request to buy dozens of American short-range ballistic missiles. Officials say Taipei is mass producing weapons and developing cruise missiles such as the Yun Feng, which could strike as far as Beijing.

All this is aimed at “making the spines of (Taiwan’s) porcupine longer as the abilities of China’s military improve,” Wang Ting-yu, a senior lawmaker from the ruling Democratic Progressive Party, told Reuters, while insisting that the island’s missiles were not meant to strike deep in China.

One diplomatic source in Taipei said Taiwan’s armed forces, traditionally focused on defending the island and warding off a Chinese invasion, are beginning to look more offensive.

“The line between defensive and offensive nature of the weapons is getting thinner and thinner,” the diplomat added.

South Korea has been in a heated missile race with North Korea. The North recently tested what appeared to be an improved version of its proven KN-23 missile with a 2.5-ton warhead that analysts say is aimed at besting the 2-ton warhead on the Hyunmoo-4.

“While North Korea still appears to be the primary driver behind South Korea’s missile expansion, Seoul is pursuing systems with ranges beyond what is necessary to counter North Korea,” said Kelsey Davenport, director for nonproliferation policy at the Arms Control Association in Washington.

As proliferation accelerates, analysts say the most worrisome missiles are those that can carry either conventional or nuclear warheads. China, North Korea, and the United States all field such weapons.

“It is difficult, if not impossible, to determine if a ballistic missile is armed with a conventional or nuclear warhead until it reaches the target,” Davenport said. As the number of such weapons increases, “there is an increased risk of inadvertent escalation to a nuclear strike.” – Rappler.com