Democratic allies must stand together, Taiwan leader tells US official 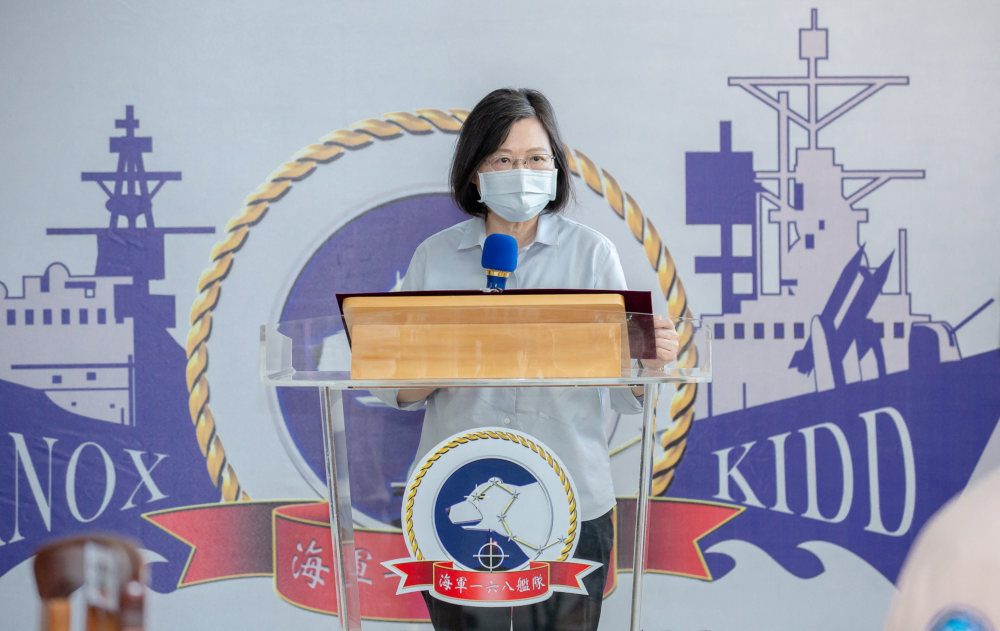 TSAI ING-WEN. Taiwan's President Tsai Ing-wen delivers a speech during her visit to a naval base in Suao, Yilan, Taiwan in this handout picture released on August 18, 2022.

Facebook Twitter Copy URL
Copied
'At this moment, democratic allies must stand together and boost cooperation across all areas,; Taiwan's President Tsai Ing-wen says to Eric Holcomb, governor of the US state of Indiana

TAIPEI, Taiwan – Taiwan and the United States are key security and economic allies in the Indo-Pacific region and democratic allies must stand together, Tsai Ing-wen, president of the self-ruled island, told a visiting US official on Monday, August 22.

Her remarks to Eric Holcomb, the governor of the US state of Indiana, came on the third of this month’s visits by senior US officials, including US House Speaker Nancy Pelosi, that have infuriated China, which views Taiwan as its own territory.

China has held war games and military drills near Taiwan since Pelosi’s visit. Taiwan’s government rejects Beijing’s sovereignty claims, saying only that the island’s own people can decide their future.

“Taiwan has been confronted by military threats from China, in and around the Taiwan Strait,” Tsai told Holcomb during the meeting at her office in Taipei.

“At this moment, democratic allies must stand together and boost cooperation across all areas,” she added, in remarks carried live on her social media pages.

Holcomb will meet representatives of Taiwan semiconductor companies on his visit.

“Economic security is an important pillar of national and regional security,” Tsai said. “Taiwan is willing and able to strengthen cooperation with democratic partners in building sustainable supply chains for democracy chips.” – Rappler.com