JOSE RAMOS HORTA. East Timor presidential candidate Jose Ramos Horta looks on as he talks to journalists after casting his ballot during the second round of East Timor's presidential election in Dili, East Timor, April 19, 2022.

DILI, East Timor – Voting in the second and final round of East Timor’s presidential election began early on Tuesday, April 19, with Nobel laureate Jose Ramos-Horta the clear frontrunner in the poll.

Ramos-Horta, who received 46.5% of votes in the first round last month, is up against incumbent president Francisco “Lu Olo” Guterres, who garnered 22.1%, in a vote widely seen as key to the nation’s political stability.

In the capital Dili, voters queued up outside polling stations and dipped their fingers in purple indelible ink after casting their ballots.

“My hope is the presidential candidate who is elected and the one who is not can shake hands and advise each other to ensure stability and not create a crisis,” said 27-year-old university student, Lizia Bachita de Araujo.

“I want the president to be able to work with the government to create more jobs,” said Dili resident and housewife, Pascoela da Silve Pereira. “It is difficult for people to provide for their households.”

After voting in the Dili suburb of Metiaut, Ramos-Horta said he was “very confident” he would win, but would accept any outcome. 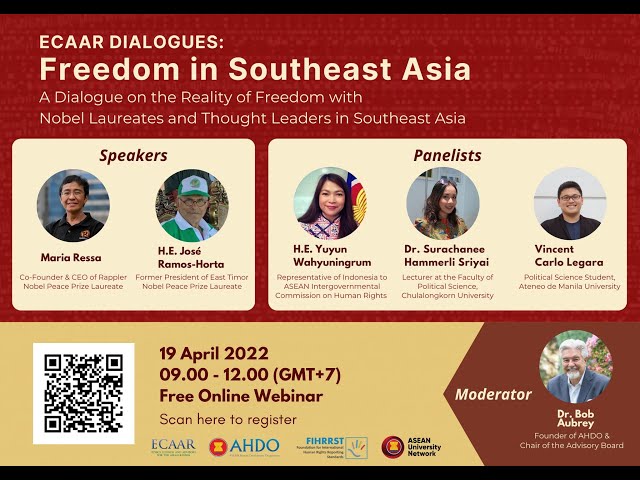 Lu Olo, a 67-year-old former guerrilla fighter also affirmed his commitment to accepting the results, saying: “This is democracy and I always say (win or lose) it must be with dignity.”

Early vote counts are expected to be available late on Tuesday. The next president will be sworn in on May 20, the twentieth anniversary of East Timor’s independence from a brutal occupation by neighbouring Indonesia.

The half-island nation of 1.3 million has in recent years grappled with political instability and the need to diversify its economy away from oil and gas revenues.

Political fractures have underscored this election, with Ramos-Horta, 72, signalling that he may use presidential powers to dissolve parliament and call for early parliamentary elections if he wins.

Xanana Gusamo, East Timor’s first president and head of the National Congress of the Reconstruction of Timor Leste (CNRT) party, has described the current government as “constitutionally illegitimate”.

The comment relates to president Lu Olo’s refusal to swear in more than half a dozen CNRT ministers after the 2018 elections due to investigations into their conduct, including alleged corruption.

Ramos-Horta, who is backed by Gusmao, has said the nation can expect a “political earthquake” if he is elected.

“It would introduce a level of instability back into the Timorese political system,” Damien Kingsbury, an East Timor expert and emeritus professor at Australia’s Deakin University, said of the proposed dissolution of parliament.

“It’s difficult to see the parliament voluntarily dissolving itself, which really would be the only other way to resolve that conflict of opinion as to its legitimacy,” he said. – Rappler.com