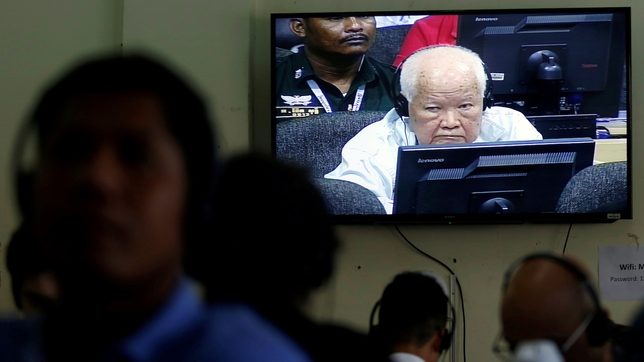 EX-LEADER. Former Khmer Rouge head of state Khieu Samphan is seen on a television screen at a media room at the the Extraordinary Chambers in the Courts of Cambodia (ECCC), waits for a verdict, on the outskirts of Phnom Penh, Cambodia, November 16, 2018.

Facebook Twitter Copy URL
Copied
Most of the estimated 1.7 million victims of the 1975-79 ultra-Maoist regime died of starvation, torture, exhaustion, or disease in labor camps, or were bludgeoned to death

Lawyers for a former leader of Cambodia’s notorious Khmer Rouge regime asked a UN-backed court on Monday, August 16, to overturn a 2018 verdict against him in a genocide trial, arguing it had insufficient reason to conclude he was guilty.

The Extraordinary Chambers in the Courts of Cambodia (ECCC), sentenced former Khmer Rouge-era President Khieu Samphan, 90, to life in prison for genocide against the Vietnamese people and crimes against humanity.

Most of the estimated 1.7 million victims of the 1975-79 ultra-Maoist regime died of starvation, torture, exhaustion, or disease in labor camps, or were bludgeoned to death during mass executions.

Guilty verdicts have so far been reached against three former top members of the regime, but several have died while on trial or before indictments were made.

Khieu Samphan’s defense team argued that the trial chamber in its verdict had failed to provide sufficient reasoning and violated its own legal framework. 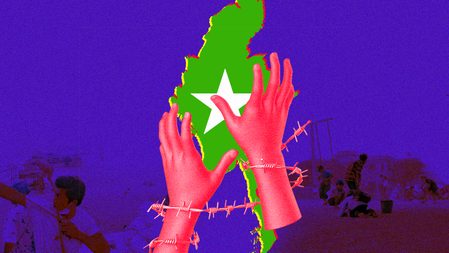 Lawyer Kong Sam Onn told Supreme Court judges present at the hearing that they should dismiss the chamber’s ruling.

“If judges do not respect their own law, that’s the end and that will be a failure.”

Co-prosecutor Chea Leang defended the 2018 judgement saying evidence for the conviction was “extensive, diverse, and compelling.”

“The appellant was one of the key leaders…who committed cruel and barbarous crimes against his own people for his party’s own political and ideological goals,” Chea Leang said. – Rappler.com