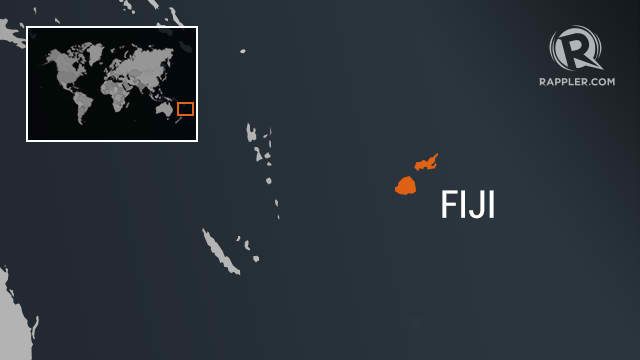 Facebook Twitter Copy URL
Copied
Fiji newspapers report that police had seized the superyacht Amadea, owned by a Russian billionaire, Suleiman Kerimov, who has been sanctioned by the United States, Britain and the European Union, and detained its crew

SYDNEY, Australia – Fiji police investigated on Thursday, April 14, the arrival of a luxury vessel suspected of being owned by a Russian oligarch, questioning its captain about how he brought the boat to the Pacific island nation.

Fiji newspapers reported that police had seized the superyacht Amadea, owned by a Russian billionaire, Suleiman Kerimov, who has been sanctioned by the United States, Britain and the European Union, and detained its crew.

A superyacht agent in Fiji, who said he represented the Amadea, told Reuters the reports were “not fully factual including ownership of the vessel.”

“I do not know who the owner is. There is evidence being released to the police in Fiji,” the agent, Chase Smith of Baobab Marine, told Reuters in a telephone interview.

He said two sets of lawyers were handling the situation, and he continued to act for the Amadea and its crew.

An official at the National Police Command and Control Centre told Reuters the captain of the vessel, which arrived on Tuesday, April 12, was being questioned about how it came to Fiji without customs clearance.

Russian President Vladimir Putin, lawmakers and businessmen have faced wide-reaching sanctions in the wake of the invasion of Ukraine, which Moscow calls a special military operation, while European countries have seized property including villas and boats.

The United States embassy said it was aware the Amadea had docked in Fiji’s Lautoka port and the embassy was cooperating with Fijian authorities on the matter.

“The United States is committed to finding and seizing the assets of the oligarchs who have supported the Russian Federation’s brutal, unprovoked war of choice against Ukraine,” the embassy said in a statement.

“We and several of our EU partners have already frozen or seized many assets of these oligarchs. We are working closely with governments and private sector partners in Europe, and the entire world, including Fiji, on this issue.”

The European Union delegations in Fiji had also requested cooperation over the Amadea, the Fiji Times reported.

There are only two ports open to superyachts in the Pacific islands region, Fiji and New Caledonia, because of COVID-19 border closures by many small islands, local yachting sources told Reuters.

Superyachts entering Fiji are required to apply for health clearances before departing the previous port, and submit other customs documents three days before arriving in Fijian waters.

Smith said his agency had gone through proper procedures for the vessel. He said he hoped the yacht would be allowed to proceed on its journey, without giving details of its planned destination.