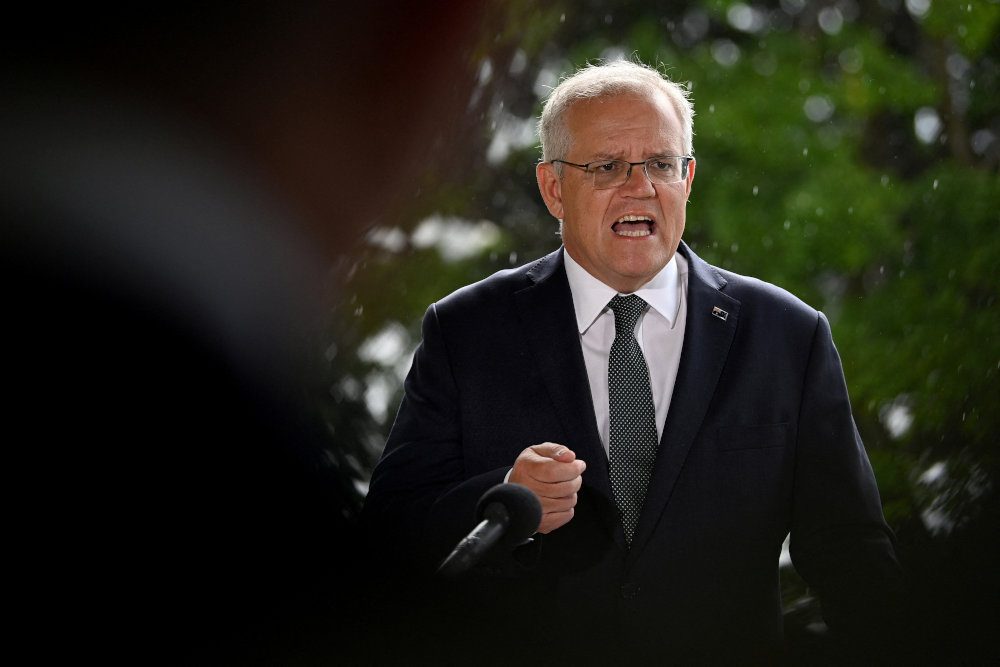 The advice from the country’s second-highest law officer was a “very clear criticism” of the implications for Australia’s parliamentary democracy, current Prime Minister Anthony Albanese told reporters on Tuesday, August 23.

Morrison, who stepped down as leader of the Liberal Party after losing a general election in May, has faced a barrage of criticism from the Labor government and his own party, after it was revealed he was secretly sworn in to five ministries without telling parliament or his cabinet.

Albanese said his cabinet had agreed “there will be a need for a further inquiry” into the matter, to answer questions on how the unprecedented assumption of power occurred and the need for reform.

“Scott Morrison owes the Australian people an apology for undermining our parliamentary democracy system of government that we have – something that can’t be taken for granted,” Albanese said.

In the written advice, the solicitor general was critical that Morrison’s appointments to the ministries were not made public, saying it was inconsistent with the system of responsible government prescribed by the Constitution.

“That is because it is impossible for Parliament and the public to hold Ministers accountable for the proper administration of particular departments if the identity of the Ministers who have been appointed to administer those departments is not publicized,” it said.

Morrison said he had acted in good faith to “protect Australia in the face of multiple crises”.

The solicitor general had said his ministerial appointments were valid and there was “no consistent practice” to gazette such appointments, he said in a statement on Facebook on Tuesday.

The solicitor general’s advice would “help guide any changes in these areas”, Morrison added, in a lengthy defense of his actions.

Three ministers were unaware Morrison shared power over their ministries of home affairs, treasury and finance until last week. Morrison said he only intervened in one ministry, resources, to block an offshore gas project. The decision is now being challenged in court by the resources company.

The solicitor general’s advice was Morrison’s appointment to the resources ministry was legally valid.

It also found the Governor-General “has no discretion to refuse to accept the Prime Minister’s advice in relation to such an appointment”.

The Governor-General as largely ceremonial head of state had approved Morrison’s appointment to the ministries, on Morrison’s advice, but there was no public swearing-in ceremony.

Australia has a cabinet-based system that relies on a group of ministers governing, and not a presidential system.

The popularity of Albanese’s government has soared since the May election win, with a Resolve Strategic opinion poll published by Nine newspapers showing Labor on a primary vote of 42%, up from 33% at the election, ahead of the Coalition’s 28%. – Rappler.com