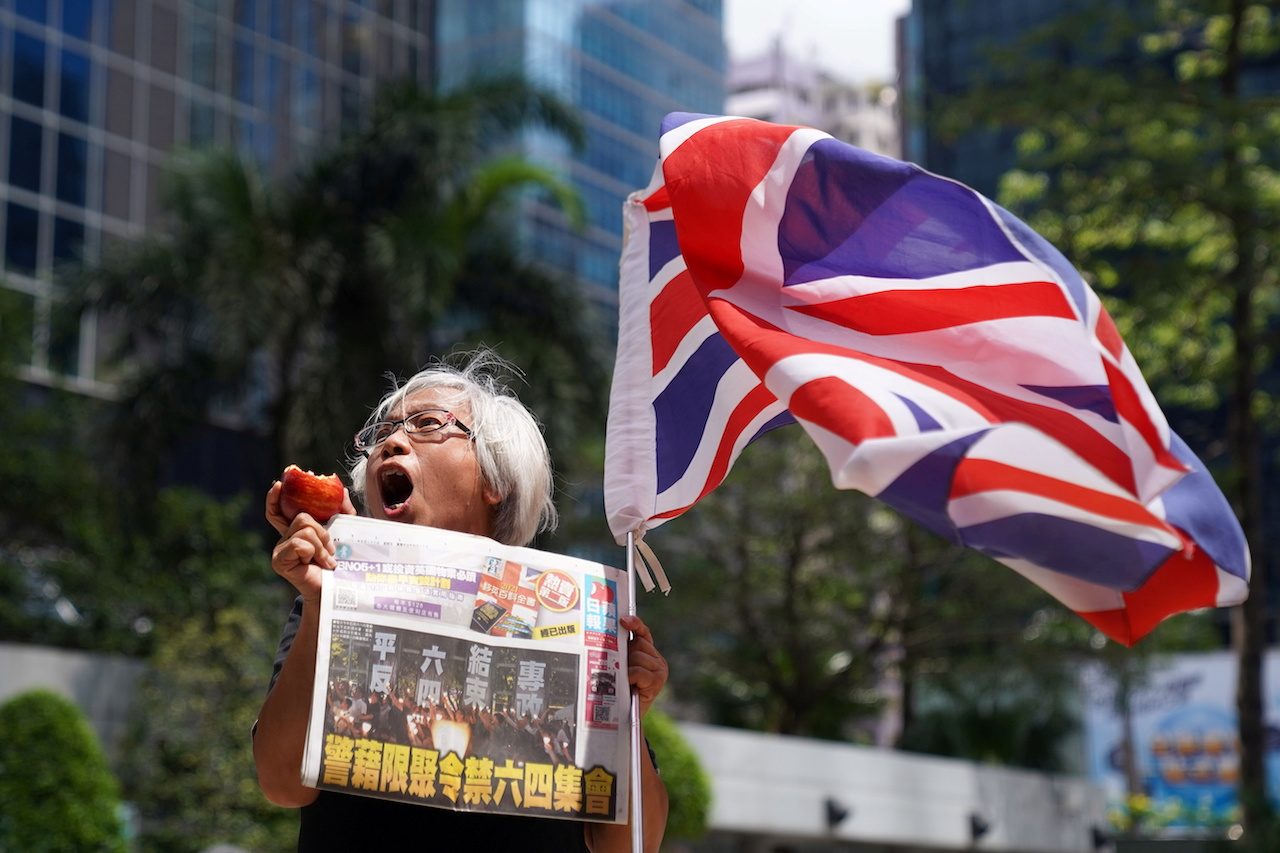 SUPPORTING JIMMY LAI. A supporter holds an apple and a copy of Apple Daily newspaper outside the court to support media mogul Jimmy Lai, founder of Apple Daily, over charges related to an unauthorised assembly on October 1, 2019, in Hong Kong, China on May 28, 2021.

In one of the former British colony’s biggest national security cases, Lai and six former Apple Daily staff members were charged with collusion with foreign forces under the new law imposed by Beijing in 2020.

Senior Council Philip Dykes, representing Lai, had challenged the warrant, saying that the phones contained journalistic material and that protecting it was essential for a free press. The lack of such safeguards causes a “chilling effect”, he said.

In his ruling, Judge Wilson Chan said that press freedom in itself had “never translated into an absolute ban against the search and seizure” of journalistic materials.

Chan ruled Lai’s phones can remain sealed until 11 pm on September 6 as his lawyers will appeal against the decision.

Hong Kong returned to Chinese rule in 1997 with a promise of extensive autonomy and freedoms unavailable in mainland China.

Critics of the security law say it quashes individual rights, which authorities deny, saying the law restored stability after mass anti-government protests in 2019.

According to a notice by Lai’s lawyers, police seized two smartphones during the arrest at his home in August 2020. “A physical hack occurred” without Lai’s knowledge and consent before his lawyers arrived, it said.

The phones, which remain unlocked, were then plugged into a mobile charger before being sealed, it said.

The search warrant was issued by Principal Magistrate Peter Law who said the phones might “contain evidence of an offence endangering national security”.

Secretary of Justice Paul Lam has ordered a no-jury trial, citing unspecified “involvement of foreign factors,” and risks to the jurors’ personal safety and of “perverting the course of justice.”

Lai has indicated he will plead not guilty. All other defenders have indicated guilty pleas. – Rappler.com